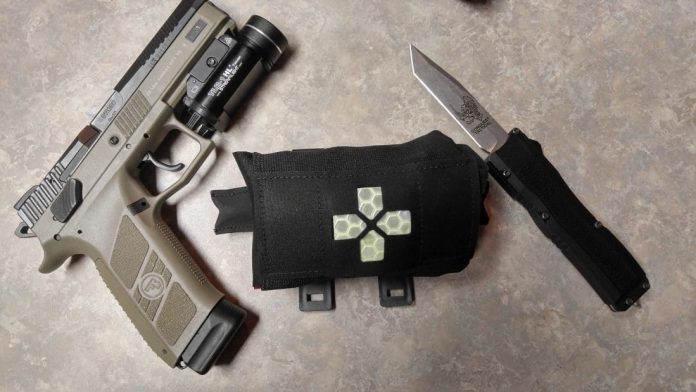 Every day carry used to mean gun, wallet, phone, knife keys, and whatever tokens people carried on an almost daily basis. Since the founding of the immensely searchable term EDC, an entire industry has popped up. Everything under the sun carries the EDC label, from key chains to belts. Sometimes it’s a crap concept, other times it’s fairly interesting, and a decent step forward. The Blue Force Gear Micro Trauma Kit Now seems to fall into the latter.

Blue Force Gear is most famous for producing the Vickers Sling, the Ten-Speed Mag pouches, and the standard TKN. I’ve owned a TKN for well over a year and it’s my go to IFAK I keep with the ‘adventuring’ gear. The Micro TKN was an attempt to provide a minimalist first aid kit for everyday carry, general adventuring, and more discreet tactical use. The Micro TKN comes with options for either Belt or MOLLE mounting. You can also purchase the kit at three different levels, one is empty, one contains the basic kit and the last is the advanced kit. Each containing a different level of medical supplies.

I went with the belt mounted basic kit. I wanted it to remain as small as possible and the advanced kit is certainly better suited for mounting to a vest than a belt for EDC. I’ve been carrying this as a member of my EDC whenever possible, with some clothing options in certain situations making it difficult. 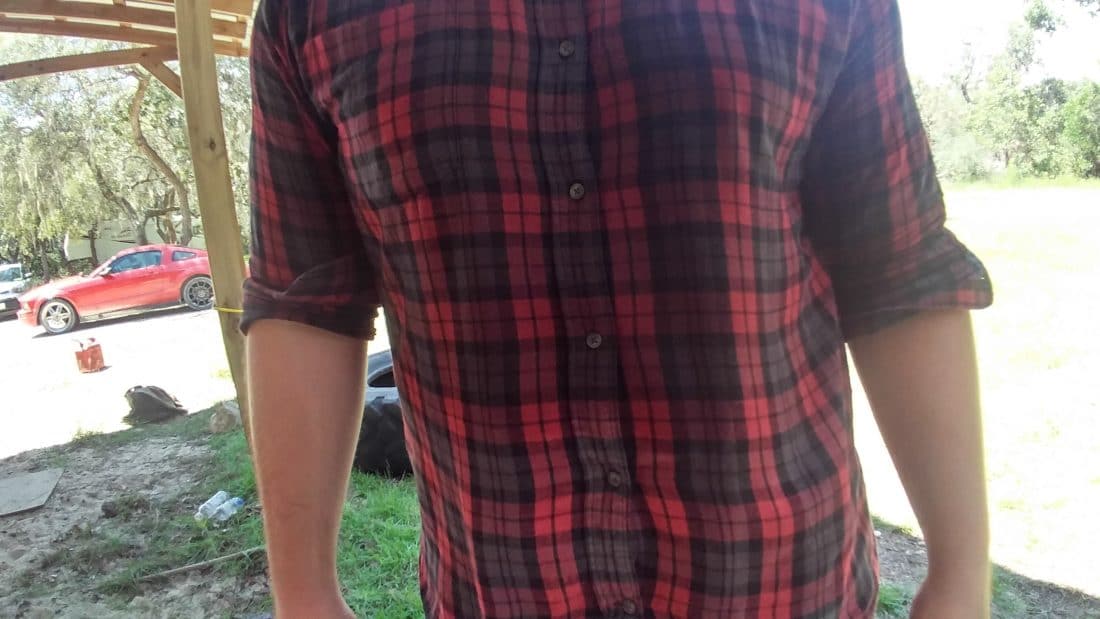 Some folks look at me a bit odd when I talk about carrying a med kit every day. It seems extreme to some people. However, it seems more necessary than a firearm when I look back and think about it. As a civilian I’ve only used a gun once to defend myself, and I didn’t even have to fire a shot. 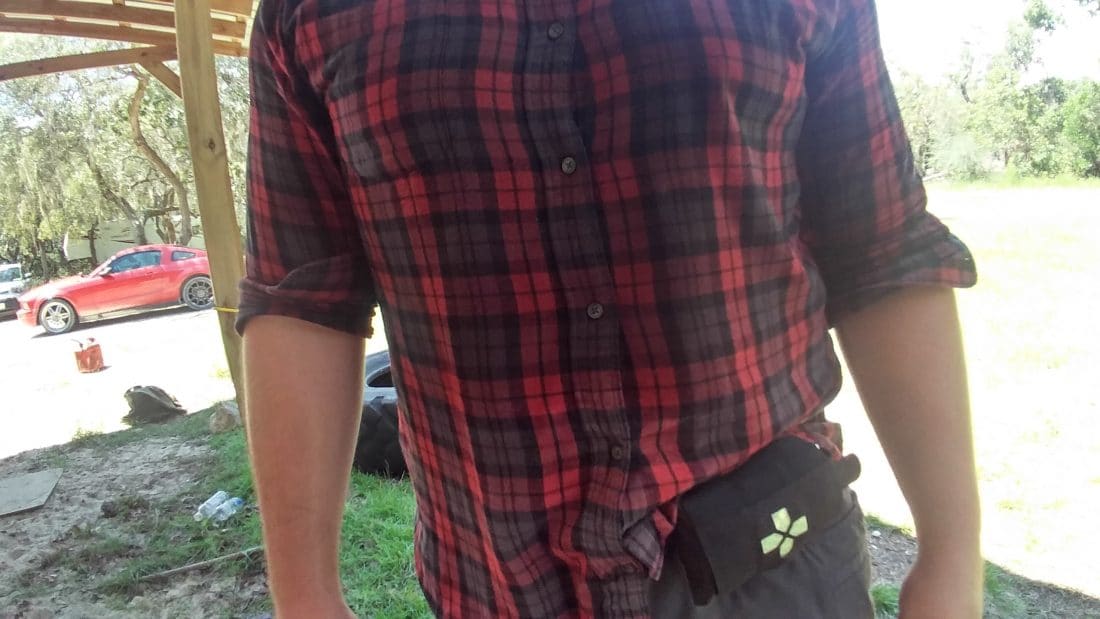 I have been in several situations where a Med kit would have been extremely valuable to have. Traveling home on leave once I came to serious accident with a rollover and an ejected driver. Medical services weren’t on scene, but two other people pulled over to help. One was a nurse who began immediate lifesaving treatment, but she had to improvise with what she had to stop the bleeding.

I can say the same when my dad put a nail from a nail gun through his hand, there wasn’t anything close to a medical kit within 25 miles. I could go on and on, I’ve cut myself to the bone once, I’ve found my way down a hill or two the hard way, and so on and so forth. It took me 24 years to figure out maybe some basic medical supplies could be a lifesaver. 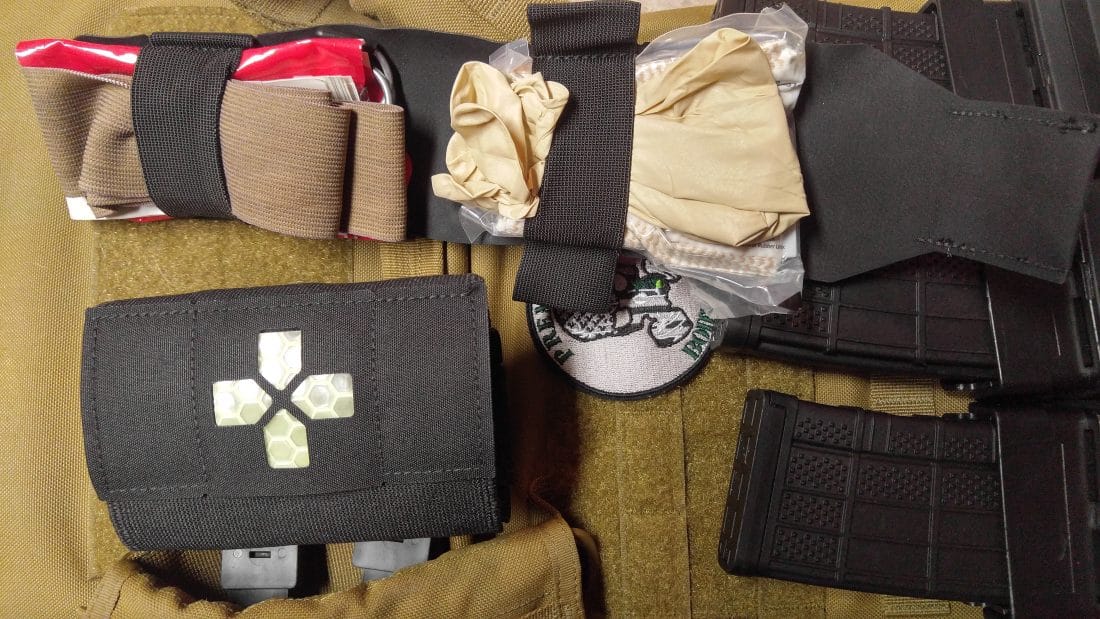 The gear included is all extremely high quality and designed to patch up traumatic wounds. You can also add some minimal gear to the kit. I’ve included some basic bandages and antibacterial cream. (I’m a dad these are all necessary for a 6 yo.) Too much more than this is likely going to start sticking out and making itself more apparent. Although it’s not a gun, and it’s not like you have to conceal it.

The idea behind the Micro TKN is to divide the kit into two main pieces. The first is the main pouch that attaches to the belt, and covers the kit. The left and right sides are open and the pouch is elastic. The second portion is the slider. The slider is what carries the medical gear, and is designed to be extracted from the kit when needed. The slider has two handles that are easy to grab. Grab either one of these handles and you pull the slider from the main kit. It’s that easy.

This is one of the more genius ideas of the kit. Like the standard TKN you can remove the supplies and work where possible. Instead of having to try and retrieve medical gear from a static location you can rip the kit out and lay it wherever it’s easiest to reach. Back in my Marine Corps days a lot of us went to belt mounting our IFAKs for this very purpose, we could remove the entire belt and put the IFAK where it was needed to treat wounds. Blue Force Gear just simplified that by making the kit accessible from every angle.

Carrying the Kit
The kit itself is quite square and block like, it gives a Glock grip a run for its money. All the basic gear is really crammed in there, and it doesn’t provide the smallest overall package. Wearing it strongside like a gun isn’t an option in my opinion because it sticks out so far. It’s also awkward to try and to reach with the opposite hand.

The best and most effective way I’ve found to carry it is in an appendix style position. It conceals a lot easier, and makes it possible for me to reach the grips and pull the slider with either hand. It allows instant access to the kit, and if you carry appendix already, just carry on your opposite side. I carry this kit, my CZ P09, and a spare mag on my Daltech belt without issue, and without compromising concealment too much.

Doesn’t that get heavy?

No, it gets comforting.