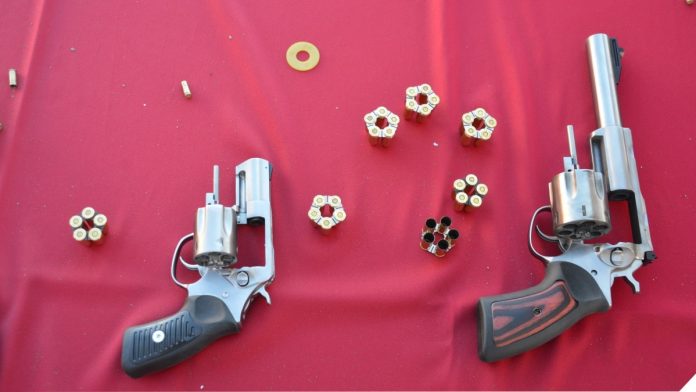 Everytown, funded in large part by billionaire Michael Bloomberg, is planning on spending upwards of $5 million in Arizona this year in select races, with the goal to enact more restrictive gun laws in the state. Notably, Arizona is home to major gun manufacturers such as Ruger, who has a factory in Prescott. (Photo: Chris Eger/Guns.com)

Fresh off the heels of a similar effort that pumped millions into Virginia state politics in targeted races over the past decade that resulted in a stack of new gun control regulations signed into law after razor-thin party-line votes, the anti-gun group unveiled their Arizona plan this week.

Notably, some 500,000 people have moved from California to Arizona from 2010 to 2018, which could prove a factor in upcoming races, especially in tight districts.

“Among the fastest-growing states in the nation, we believe Arizona is now competitive at every level of the ballot,” said Kelly of the group’s $5 million campaign. “As it grows increasingly diverse with significant population growth in urban-suburban centers like Maricopa County, the time is now to invest heavily in order to elect new leaders who will prioritize gun safety.”

By gun safety, the group has polled requiring background checks on all gun sales and other initiatives in Arizona.

Much like in Virginia, Everytown plans to target potentially vulnerable Republican seats in urban-suburban centers that overall lean Democrat. According to their announcement this week, this includes digital, TV, and mail campaigns aimed at constituencies such as women, young people, and Spanish-speaking voters.

“Our model of financial investment and grassroots action delivered a gun sense majority legislature in Virginia, and now we’re deploying it again with our largest-ever electoral investment in the Grand Canyon State,” said Kelly in a statement.

Arizona is currently a constitutional carry state that also recognizes open carry without a permit. Restrictions on NFA items are slim other than federal requirements and a popular machine gun and artillery shoot, Big Sandy, occurs in the state’s Western desert twice yearly. Private person-to-person gun sales are legal so long as they do not involve those otherwise prohibited from possessing guns and, in 2017, Gov. Doug Ducey signed a bill preventing localities from requiring background checks for private sales.

When it comes to the polarity of the Arizona State Legislature, Republicans hold a 17-13 majority in the state Senate and a tighter 31-29 control on the state House. The state has had a Republican governor for 23 of the past 30 years. In the 2016 general election, President Donald Trump won the state, considered by many pollsters to be a toss-up, with 48% of the popular vote.

Nationwide, Everytown is expected to spend more than $60 million on this election cycle.