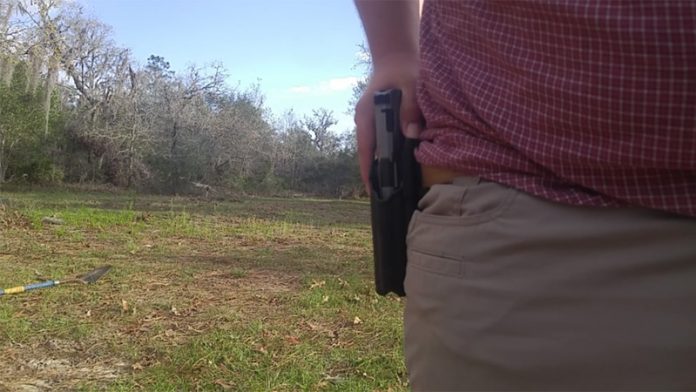 Carnivor is a cooler name, but Omnivore is a more accurate one. The Blackhawk Omnivore series of holsters of universal, Kydex holsters that retain the weapon via one or two ways, both require a picatinny rail. The first is their standard Omnivore that retains your holster by attaching a small block to your picatinny rail and this block trigger a retention device. 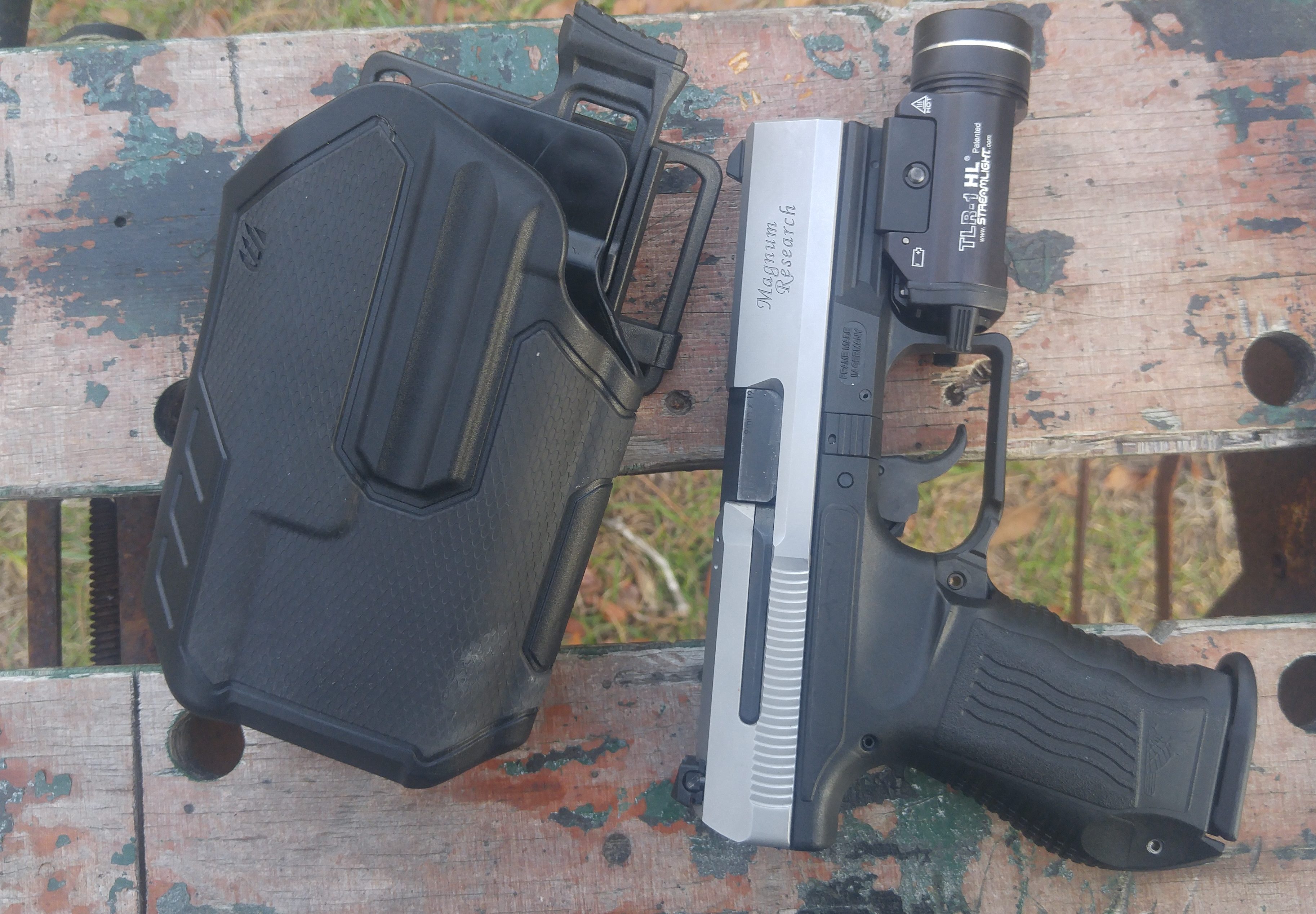 The Omnivore is a polymer holster that is designed to fit 150 firearms at the very least. Will it fit more? Probably, for example, the MR9 Eagle isn’t listed on the compatibility chart. It does fit perfectly. The Omnivore’s polymer does not rub or grind against your frame at any time, so it doesn’t rub your finish in any way. The holster design is very opened and allows dirt and debris to fall through the holster without gumming up the gun. 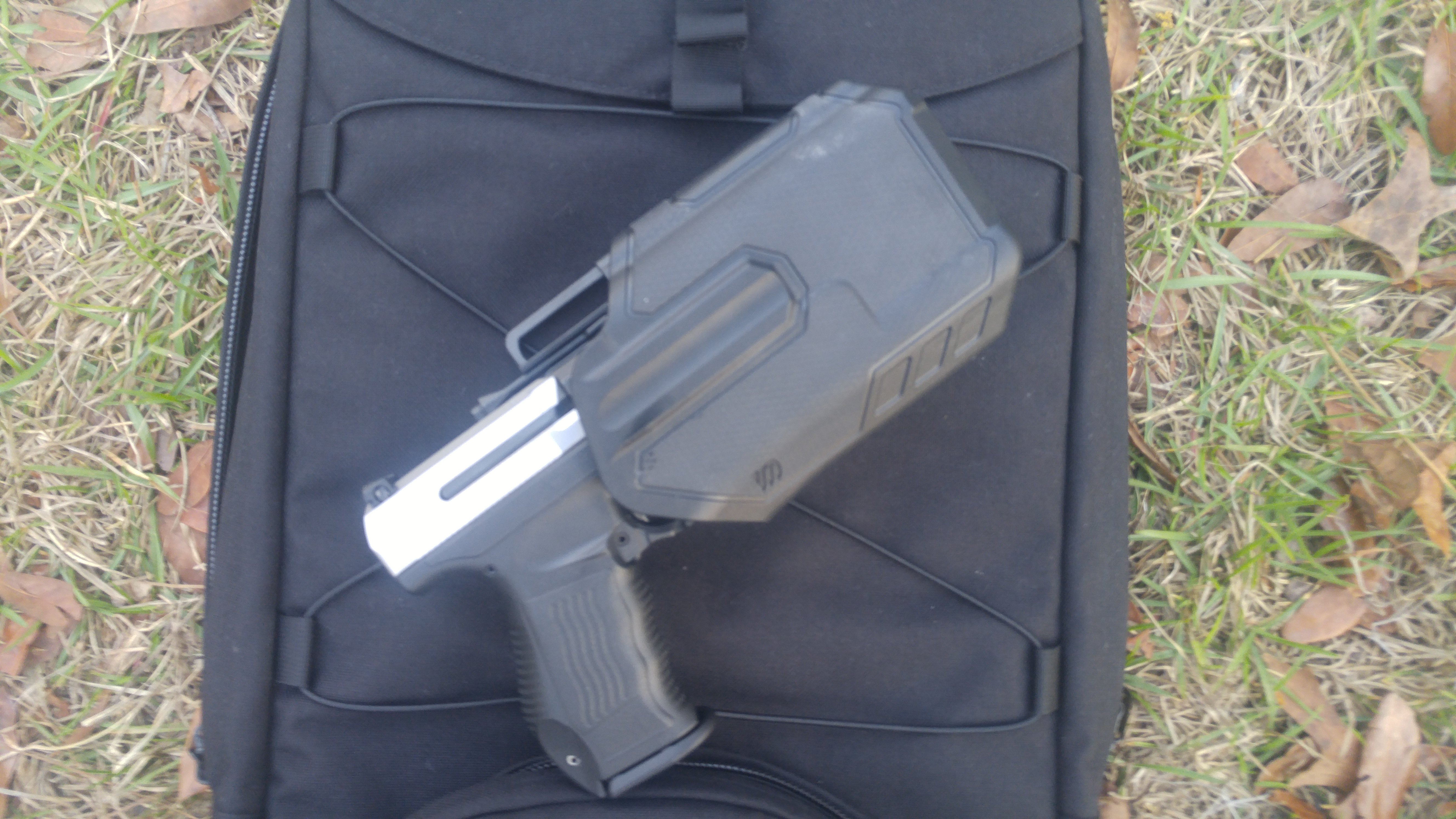 The Omnivore is a level 2 retention holster and utilizes a thumb release. You press the release and pull the gun and it’s ready and in your hand. The release will not respond if there is tension on the gun, so press the lever and then pull it. The holster is even cut to accommodate an RMR if your weapon is equipped with one.

The Blackhawk Omnivore fits the same attachments as the popular Serpa system. The Serpa system includes options for a leg rig, a shoulder holster, and a MOLLE attachment system. It needs to be said that you do need longer screws for the leg rig. The system itself comes with Blackhawk’s belt and paddle attachments.

Let’s be clear this is not a concealment holster, it’s more of a duty style holster. It’s a big beast that’s rectangle in shape. The gun also rides quite high in the holster, but it does present itself very well to the hand. When you grip your gun your thumb naturally falls where the thumb release is. 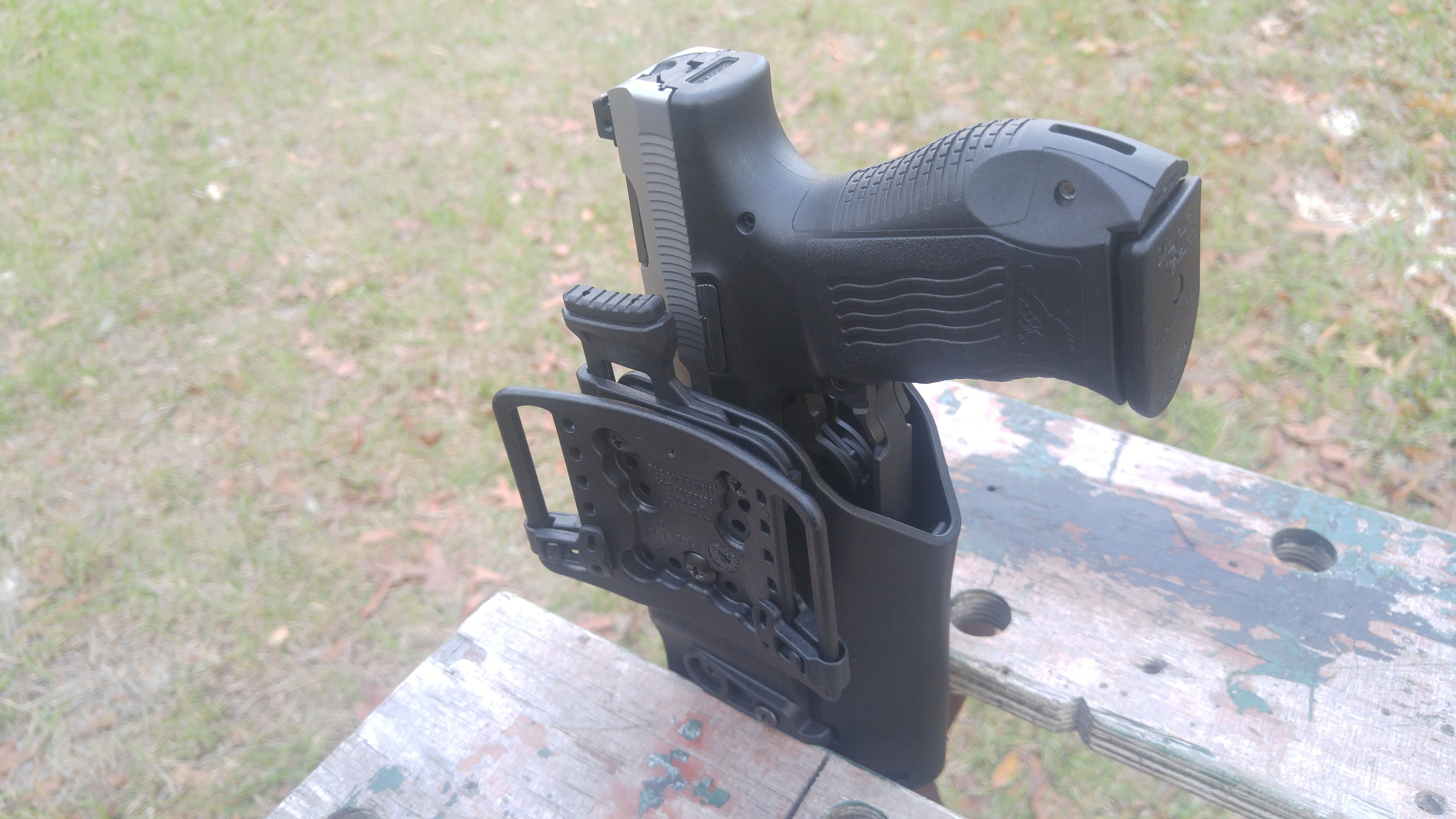 I’m not used to this style of holster, so it did take some time for me to really learn this holster. After a few weeks of both Laser Ammo dry fire practice and live fire, I got used to it. Pushing the thumb release and drawing the weapon became second nature, to the point where I could easily draw and do a failure to stop drill on two targets for a total of six shots in less than 3.5 seconds. This is four chest shots and two headshots, not just 3 shots on each target.

Between dry and live fire I’ve drawn from the Blackhawk Omnivore well over a hundred times. In fact, I’d put it at over two hundred draws total. The entire time nothing shifted, the retention never ceased, and the pistol was always easy to draw. With a good gun belt and a belt loop sized appropriately, it rides nice and comfortable on the belt. It’s well out of the way of most basic plate carriers too. One small issue I had was the position of the retention screw for my Streamlight TLR 1 could potentially be in the wrong position. If the nubs were perfectly left to right the nubs were in the way of the retention lock. A simple twist moved them out of the way. 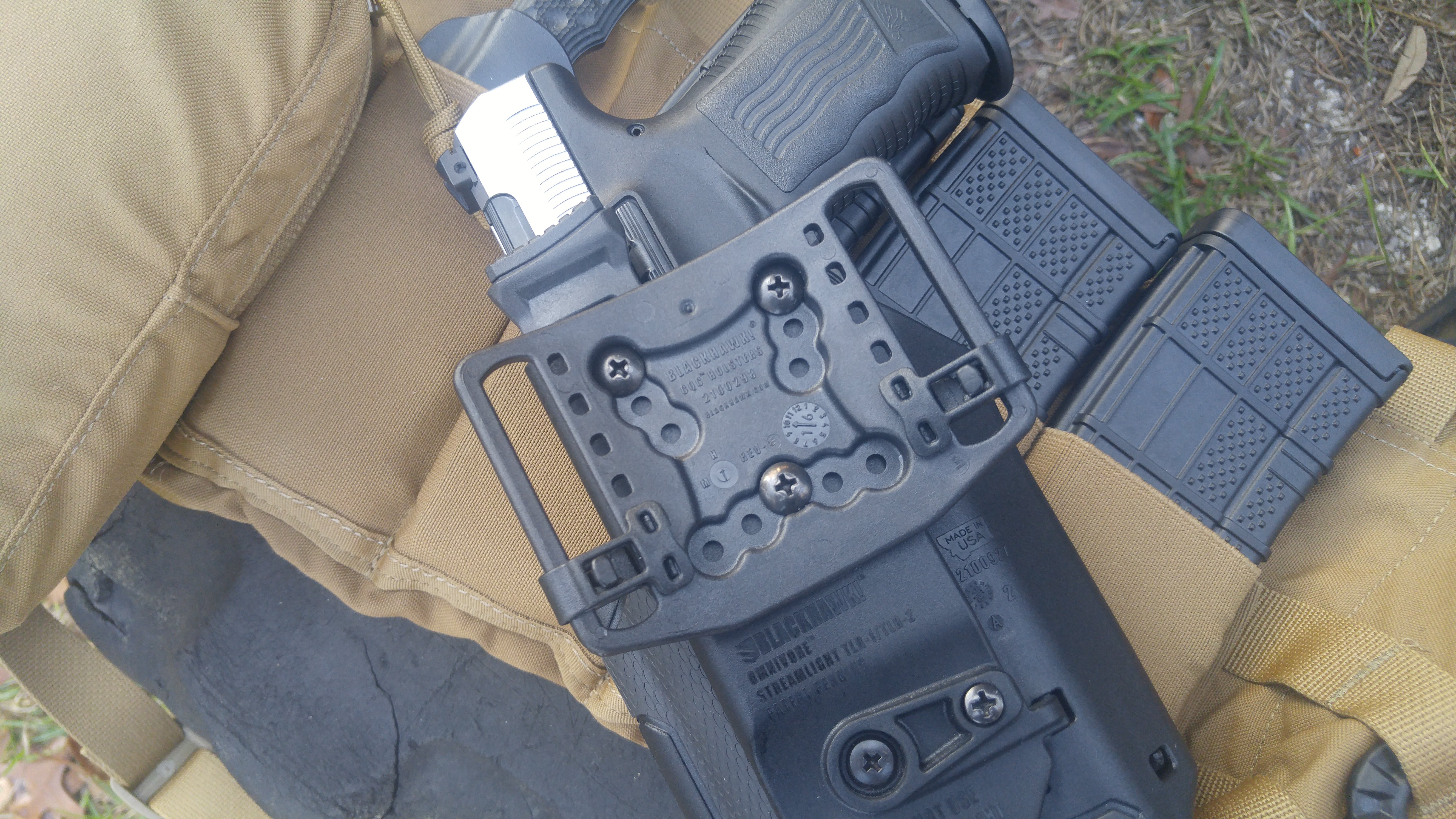 The Way of the Omnivore

I’m pretty pleased with the Omnivore and what it offers shooters. I wanted a holster that would accommodate a light and something like my CZ P09 and I found one. It just so happens to fit so many different guns, including my new favorite the MR9 Eagle. The Omnivore des that! It solves that New Year’s Resolution I put out in December. It’s not concealable, but I’m not carrying a full sized handgun with a full sized Streamlight and worrying about concealment. Let’s not forget the holster is only about 50 bucks, and is compatible with an already established platform. This includes leg, shoulder, and MOLLE rigs. The Blackhawk Omnivore fills a need I have, and I bet a lot of people have that same need.