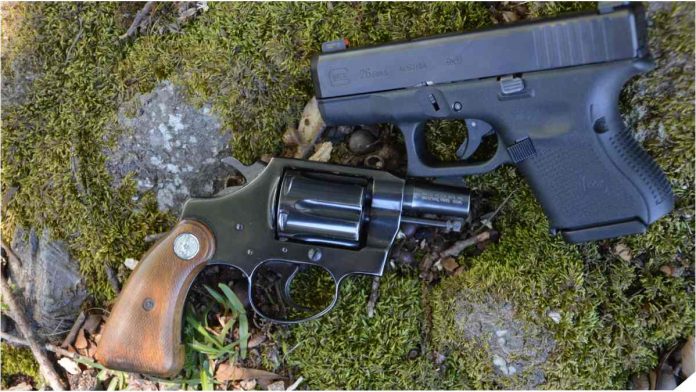 Adults in Idaho aged 18 to 21 can’t carry in urban areas without a permit. That could change under a new bill (Photo: Chris Eger/Guns.com)

A move to drop the legal age to 18 for permitless concealed carry in Idaho cities passed the state House last week.

The measure, House Bill 206, was approved in an easy 53-14 vote earlier this month, sending it to the state Senate for further review. The bill would fix a carve-out in the state’s 2016 constitutional carry law that allowed those aged 21 and up to carry in Idaho’s cities while adults under that age could only carry outside of city limits but apply for a permit for carry in urban areas after receiving approved training.

Supporters argue that the current law is confusing and only applies to a small segment of the largely rural state. Additionally, adults under age 21 can already legally open carry in city limits, further adding to the muddle.

“So what (this bill) basically is saying is that if you are between the ages of 18 and 21 and you are carrying your handgun open in the city limits and you decide to put your coat on, you will not become a criminal,” said the bill’s sponsor, state Rep. Christy Zito, R-Hammett.

The move has the support of gun rights advocates and is opposed by urban Democrats in the legislature. The bill has been referred to the Idaho Senate State Affairs Committee.