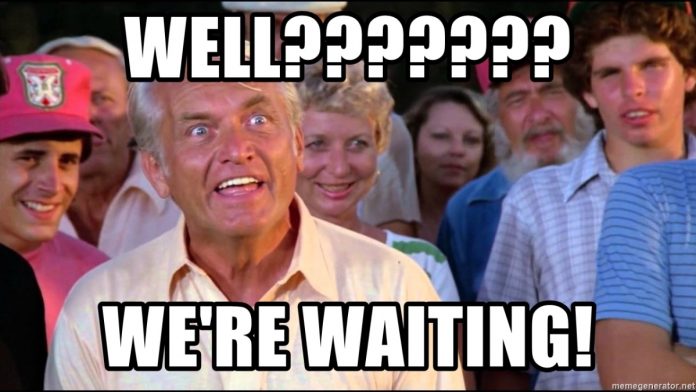 Biden gave a speech yesterday in which he said… well, he certainly said things. Stuff even. Words came out of his mouth, some of them in a reasonably understandable order.

What he didn’t say was the actual language surrounding his ban on ‘Ghost Gun Kits’ by redefining them as firearms. He just said they were banned for sale from non-FFL sources because they are firearms.

Biden passed that mention on too, trying to shame Congress (poorly) into passing UBC’s and banning ‘Assault Weapons’. He reminded us ‘Assault Weapons’ could be built without a serial number too.

Then he trotted out the old, tired, and wrong, “You couldn’t buy a cannon when the Second Amendment was written.” You absolutely could buy a cannon. There is no historical dithering on this issue either, you could buy a cannon. You could have an armed ship full of cannons. Someone get this man to a retirement home, please. He also used the good ole ‘deer in kevlar’ line in an, almost certainly made up, story about a hunter he met in the woods and talked about hunting with.

But why am I recapping?

As of this morning, one day after announcing, there is no published update of the ATF-2021-0001-0001 regulation that actually dealt with the rule change on Regulations.gov. We don’t have the official language of this ‘ban’ or how the ATF determines whether or not a kit is a firearm. This smells of the same vagueness the ATF recently published about Forced Reset Triggers where the asked owners to come to them, the ATF, and determine if their trigger qualified as banned or not instead of listing out models that were and why.

Regulations must be specific. As of this morning, we have zero specifics. The final published version of ATF-2021-0001-0001, which covered the frame and receiver alterations and definitions are not in text yet. The definitions aren’t public. We can’t know what the new line of firearm or non-firearm is.

But Biden said words, so we’ve got that going for us.

UPDATED: The Regulation is published here. It is not yet in the Federal Register so the 120 day count has not begun.