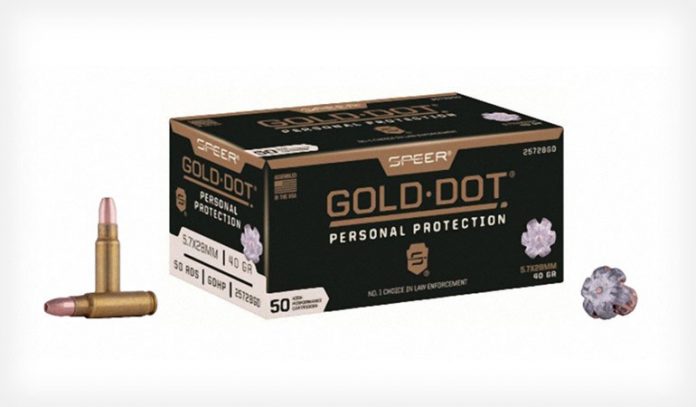 If you had asked me in 2019 what nearly dead caliber, the gun industry would be bringing back in 2020, I’d probably guess 10mm, or maybe even 16 gauge because it’s an excellent shotgun round. As we’ve seen, I was entirely wrong, and for some reason, the industry said let’s bring back the 5.7x28mm round. The round was initially designed for a NATO PDW project by Fabrique Nationale. Well, the project died, but the round and FN’s 5.7 pistol and PDW lived on. Since then, it’s been boutique with just a few small companies producing some 5.7x28mm weapons.

We saw that weird AR that used P90 magazines, hell it even showed up in Venezuela. All of a sudden, in a short period, we saw CMMG, Diamondback, and even Ruger releasing 5.7x28mm handguns and subguns. Speer released a defensive loading to join the fray, and it seems like the 5.7mm round is coming round once more. At my local gun store, they sold 8,000 rounds of 5.7 in March alone.

From a purely defensive standpoint, does the round hold merit? Let’s go behind the Meme and see if the 5.7x28mm could be a good round for practical purposes.

Wisely enough, most people would look at the ballistics of the round, ammo available, and the like before deciding to carry or use a 5.7x28mm gun for home defense. Before we talk about ballistics, let’s look at some external features of the round that could make it a good defensive or even a hunting cartridge.

These guns have hardly any recoil and can be made to be very lightweight. Although compact variants don’t exist, the FN Five-Seven and Ruger 57 are big, but lightweight guns. The recoil is maybe a little bit more than a 22 Magnum. It’s comfortable for shooters of all skill levels and sizes.

These rounds are long but thin. Like a skinny nerdy tall guy you can shove a lot of them in one space. The Ruger and FN magazines each hold 20 rounds and are flush-fitting in their respective pistols. The P90 has a fifty round top sitting magazines, and the DBX and Banshee use pistol magazines. 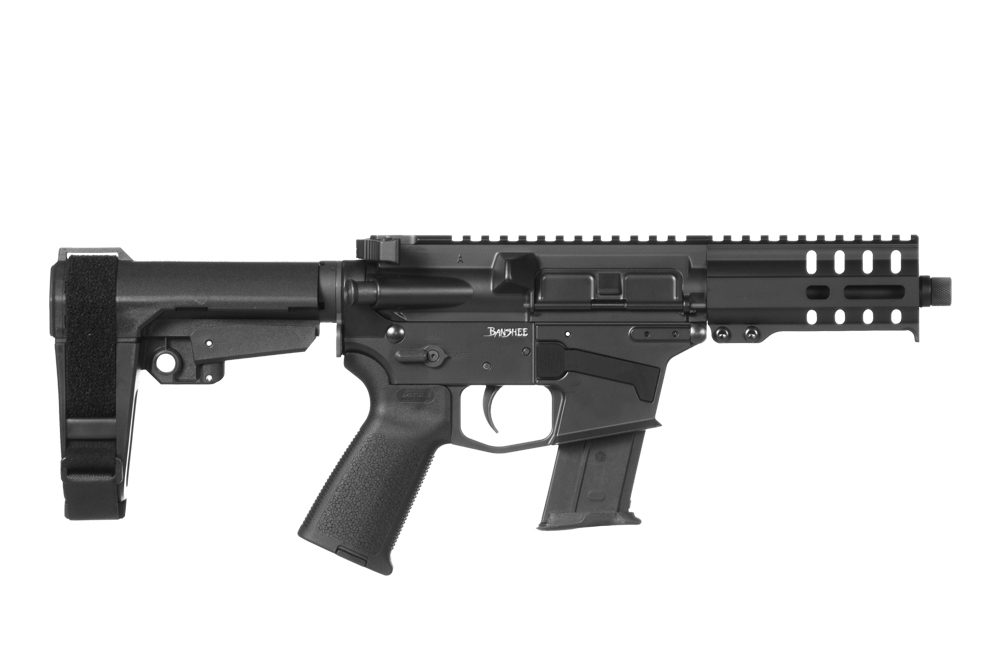 Even from a handgun, the round is impressively flat shooting. These rounds can go out to 100 yards before they start dropping. From longer barreled carbines like the PS90, they go even further. Perfect for popping coyotes and other small varmints and predators.

There is no such thing as a free lunch, and the 57x28mm certainly has downsides outside of ballistics.

It’s expensive, man. Costly when compared to your average defensive round like 9mm. Costly ammo can mean less training overall.

That long and skinny round gives you lots of options, but that same long round gives you a long grip. That can be uncomfortable for those with small hands. The overall length is nearly a half-inch more than a 9mm round.

How does the round perform? That’s the biggest question, right? Well, the answer can be complicated.

From a pistol, the average 40-grain loads give you almost the same foot-pounds of energy as a 115 grain 9mm JHP. That’s not bad, but that’s about the heaviest round you can get in a defensive loading. The new Speer Gold Dot load is a 40 grain round and would be my choice of defensive ammo.

Expansion is not the strong suit 5.7x28mm load. The rounds tend to expand only slightly. They do penetrate to FBI standards and deal with thick layers and clothing with little issue. The Speer loads may do better, but there isn’t much information on their expansion capabilities just yet.

From a Defensive Standpoint

This round luckily tends not to overpentrate. The problem with not having significant expansion is you reduce the round’s capability to stop a threat.

Typically a threat is stopped in three ways by a bullet. First and foremost is shot placement, so with the 5.7x28mm, you can probably not only get proper shot placement but fast follow up shots. Hit one of the CNS off zones and off the threat goes.

The second way a bullet stops a threat is via blood loss. A small wound means less blood unless you hit something vital like an artery. An expanding round creates more bloodloss, and that’s an important consideration.

The third is pain, but we can’t necessarily quantify that. Pain compliance is a voluntary stop on the part of the threatening individual and isn’t subject to things like wound diameter and kinetic energy. A .22LR might produce a compliance stop while a 10mm against another individual may need a bloodloss or CNS hit to produce the stop.

5.7x28mm also has some of the same characteristics of 5.56 through drywall. It tends to lose energy quickly, and this can be a good thing when you have to worry about overpenetration. 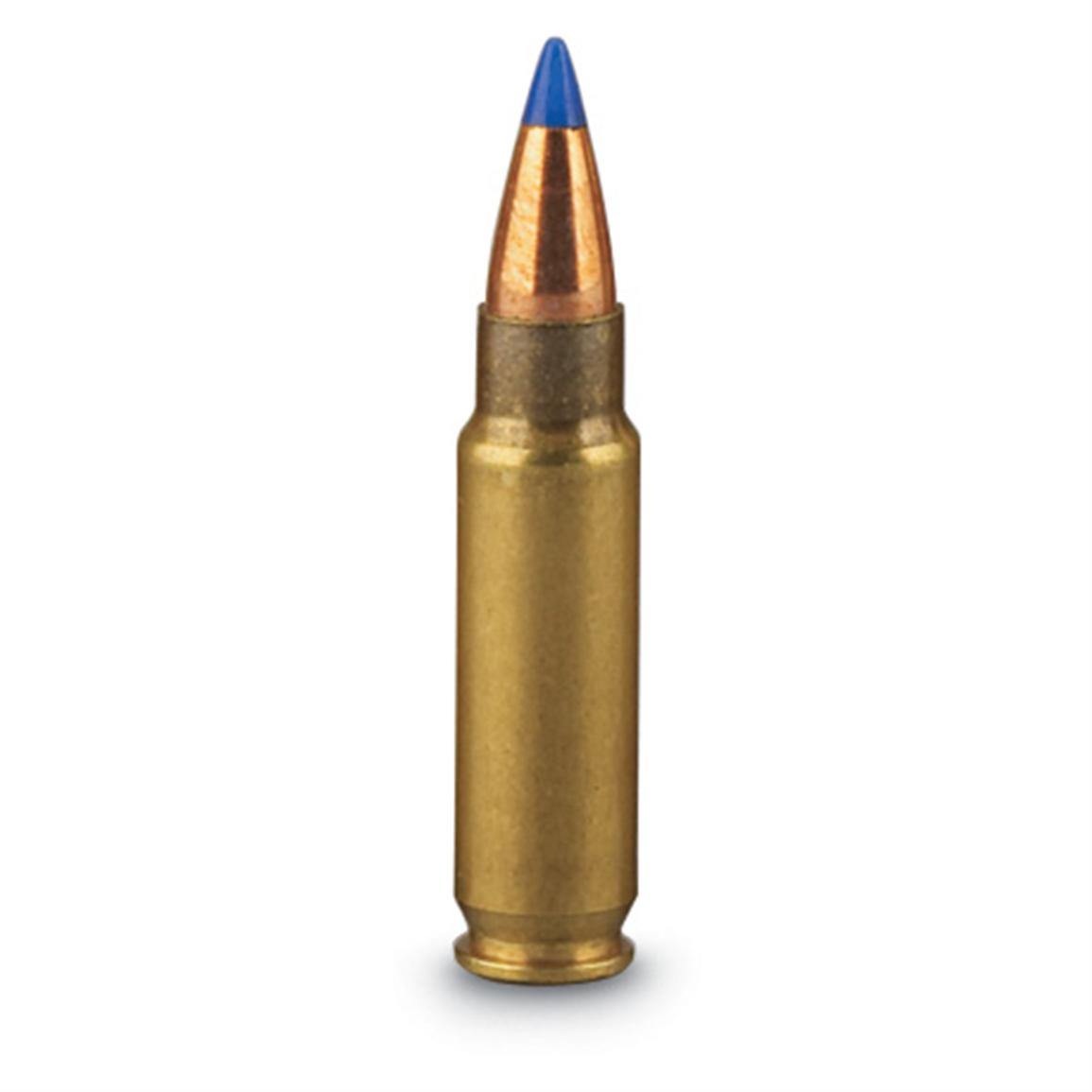 Overall the round could be a capable defensive cartridge, but it doesn’t appeal to me as much as the more affordable and standard rounds like 9mm. This could change as the round becomes more popular. Price could drop and make logistics less of a hassle. I think a compact handgun may be an excellent defensive handgun for those with poor hand strength due to the reduced recoil and higher capacity. However, no such gun exists just yet.

The 5.7x28mm round lived a long life as a meme round due to its high price and the high cost of the Five-Seven pistol and the PS90 carbine. While cool, it almost faded into obscurity. The release of several new firearms in the caliber seems to be propelling the round back into the collective consciousness. I think it’s a round worth watching, and I’m curious to see what the industry will do with it now that it’s receiving so much attention. In about four years Glock might even catch up and produce a 5.7x28mm pistol.