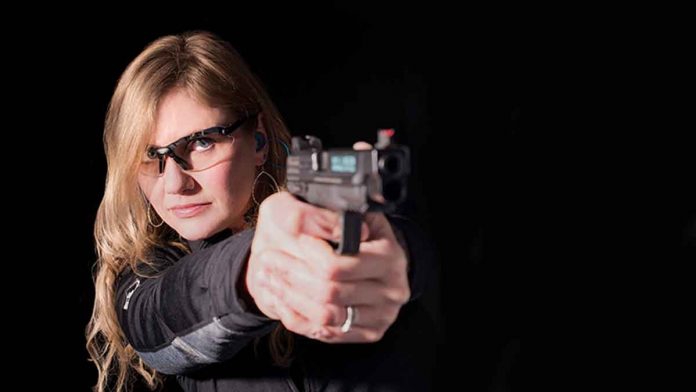 Before Beth Alcazar was a Senior Staff Writer for USCCA, before she became a sought-after voice in the concealed carry movement, she was a mom. “I still love describing myself as a mom with a gun because ultimately that’s what I am, I’m a mom,” said Alcazar. Her job duties as a mom range from counselor to alligator wrestler, she told us with a laugh, but her ultimate job responsibility is that of protector.

It came with the program

Alcazar started writing for the outdoor industry almost twenty years ago to learn more about PR, marketing, and to ultimately get her feet wet in a professional writing career. “I wasn’t pursuing something with shooting, it just sort of came with the program, if you will,” she said. Along the way she met many interesting people and came to appreciate the business and industry as a whole. Everything seemed to be moving in the right direction until it all came abruptly crashing down upon her.

At 37 weeks pregnant with her third child, her job was was abruptly terminated. She was facing a c-section with no insurance, wondering how she would get through it. That’s when she decided to reach out to one of those contacts she had made in the outdoor industry, Kevin Michalowski, now the Executive Editor of Concealed Carry Magazine. Even though Michalowski gave her a shot she didn’t know if there was a place for her to write, she didn’t see herself as an expert yet.

“For the longest time I didn’t feel like I had a voice to offer… I said I’m just a mom with a gun, I don’t know if that has a place,” Alcazar said. The USCCA and Michlowski assured her that it not only had a place, it was desperately needed. Next she had to take a deep dive into the world of concealed carry firearms.

“I realized that yes we have guns, we use guns, but I don’t know enough. I need to know more. I need to know everything there is to know about these guns,” said Alcazar. Her passion for firearms has grown. Now she is a certified instructor in several disciplines. “It became more than just a passion for me. I thought now that I know things, and I’ve taken classes and trained, what about everybody else,” Alcazar said. Now Alcazar carries a Springfield XD-S with her everywhere she legally can and she feels confident knowing  she has the ability to use it.

Alcazar has become leading in voice in the concealed carry movement and continues to grow her following, especially among new female shooters. It’s a testament to how she approaches her training and being a mom with a gun. It wasn’t always the case though. When starting to carry she felt the same way that many new shooters feel about concealed carry. “It’s almost like I didn’t know I could [carry a gun for protection]… and I had to pursue the training to prove to myself that yeah, I can, and so can anyone else,” she said.

Today, she still pursues that training relentlessly and will talk shop with just about anybody about guns. Her goal still remains the same though; get guns into hand of responsible citizens so they can learn how to properly defend themselves. She doesn’t seem to be stopping anytime soon. 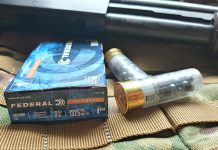