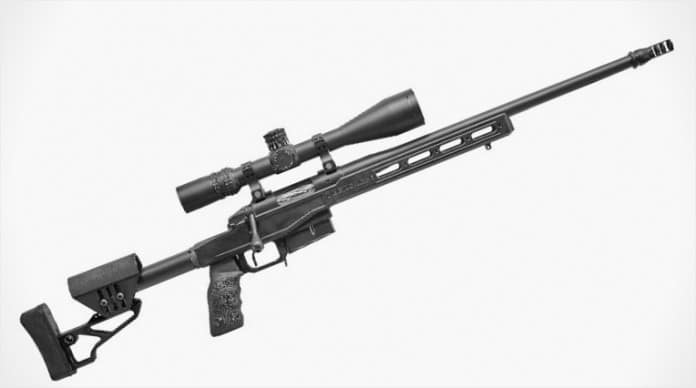 Bergara is rolling out an updated, suppressor-ready version of the Premier Series with the new Tactical Rifle. The Premier Series was launched earlier this year to compete with entry-level custom rifles and this particular model was developed for the long-range shooter as well as law enforcement snipers.

Bergara already has a fantastic reputation for barrels and are serious contenders in the bolt-action rifle market. The Premier Tactical Rifle is an updated version of the BPR-17, with only one significant change, the addition of a Dead Air Key Mount Brake. The original model is threaded but doesn’t come with any muzzle devices.

The Premier Tactical Rifle has been in use with select professional shooters as well including SWAT snipers and is now available to the public at large. It’s currently shipping to distributors for sale everywhere. Optics are sold separately.

While these are not your run-of-the-mill budget guns, they cost a lot less than many to-order custom rifles. For what you get, the $2,200 MSRP is very competitive. And it’s only $1 more than the BPR-17, including the Dead Air Armament brake.

The Tactical Rifle is built around Bergara’s Premier action, with a coned bolt and breech for smooth, reliable feeding and ease of extraction. It has a light modular XLR chassis with an adjustable length of pull and cheek rest. The stock is fitted with a rubber buttpad to help with the recoil.

The rifle is offered in two chamberings, .308 Winchester and 6.5 Creedmoor. While .308 Win. is popular with a proven track record, 6.5 Creedmoor is quickly growing a following, particularly with the longer-range crowd and precision shooters.

The XLR Element chassis has quick detach sling sockets on both sides as well as a single sling stud on the forend to mount a bipod with. The rear of the stock has a mount for a monopod as well. The chassis is vented for improved cooling and uses AICS-style detachable magazines. It is pre-drilled for accessory rails as well.

Both models feature a free-floating 416 stainless steel heavy bull barrel, Timney 517 flat trigger that can be user-adjusted between 1.5 to 4 pounds, and a matte black Cerakote finish on the barrel and action.

The addition of the brake is welcome as these rifles, without optics, weigh 9.8 pounds. There are lighter rifles out there but for long strings of fire, the recoil reduction will help. Additionally, the brake can be used in conjunction with any Dead Air Key Mount suppressor. The barrel has 5/8-24 threads for use with other muzzle devices.

Bergara is well-known for their accuratized barrels. Each barrel goes through their five-step process of straightening, drilling, honing, button rifling and finally, stress-relieving the barrel for repeatable accuracy.