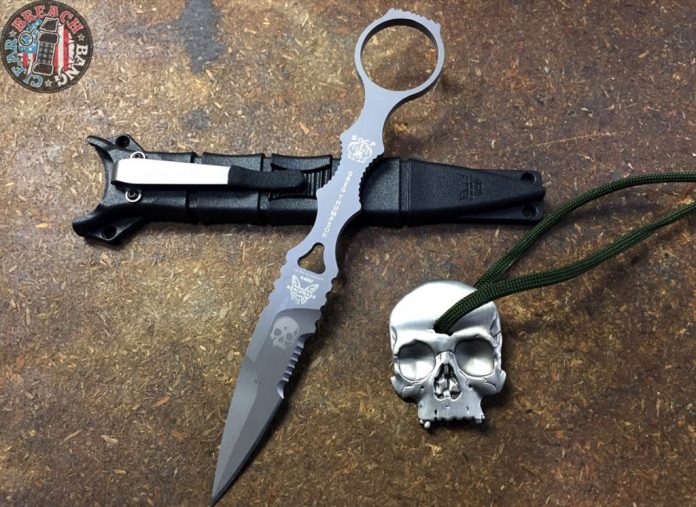 Benchmade just announced a custom engraved knife specifically made to benefit AmericanSnipers.org. Yes, it’s that sneaky slim fixed blade knife you can tuck into your gear. It makes for a good, violent surprise when warranted, so it’s totally appropriate that some of the proceeds go to men who support men who kill bad guys in a secretive manner.

Yes, it’s technically called the “178SGRY-AS SOCP Spear-Point” likely because the name “Stab that Fucking Sentry ricky-tick right in the base of his thick skull so we can make entry and assfuck those bastards all loud-like” didn’t pass initial muster. It’s a shame, really.

Here’s what they have to say about it:

“Benchmade has worked with American Snipers to create a custom engraved knife with proceeds of each sale going directly to operators in the field. Both organizations have similar goals: get the right gear into the hands of the folks doing the job of keeping our country safe, and every dollar donated goes directly to the people who are in harm’s way. I am looking forward to a rewarding partnership between Benchmade and American Snipers.” – Brian Montgomery, Benchmade, Federal Law Enforcement 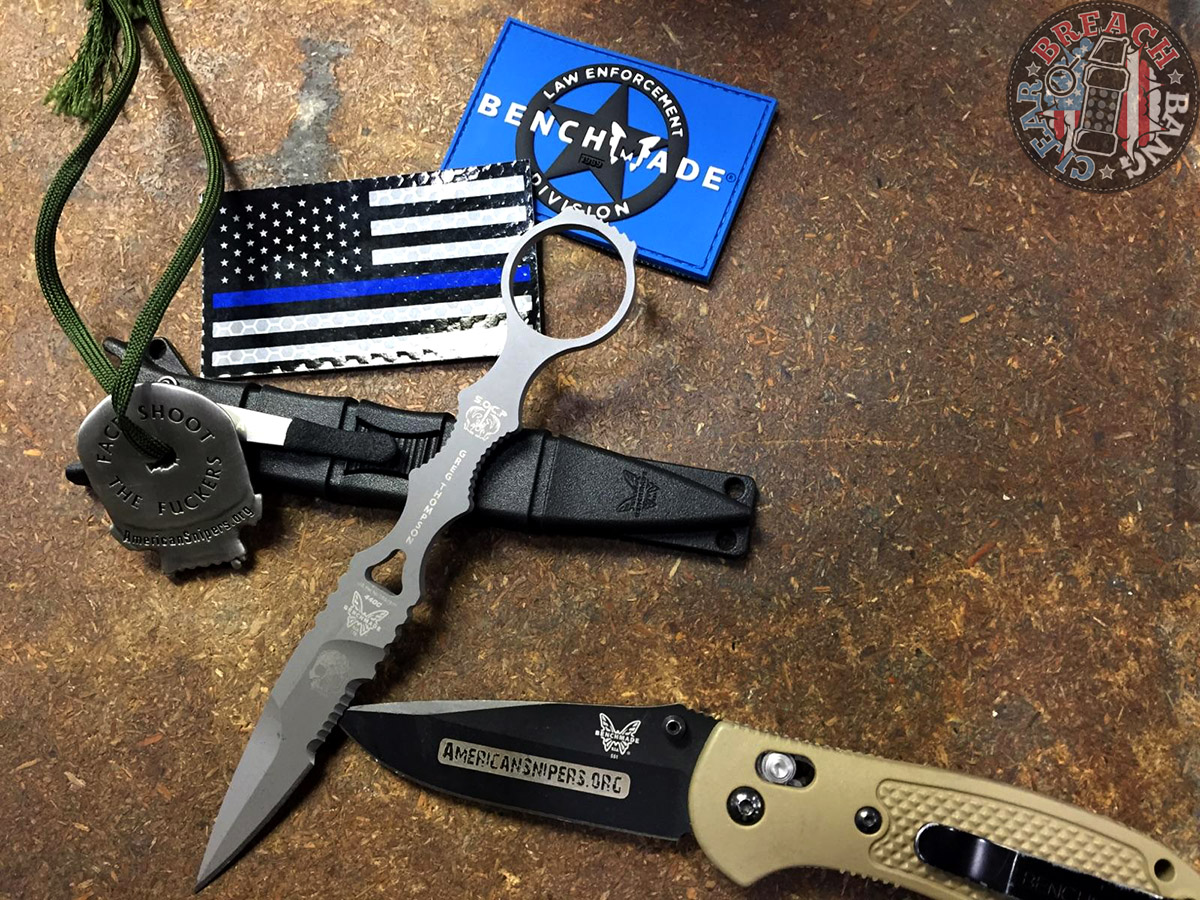 So we all know it’s a stabby-stabby item. But here are some other specifications that you may wish to go over:

And as previously mentioned, a portion of the proceeds of this knife will be donated to AmericanSnipers.org. Of course, if you don’t want one of these blades (and we can’t fathom why) you can also directly donate to American Snipers. Or what we prefer–just go do both.