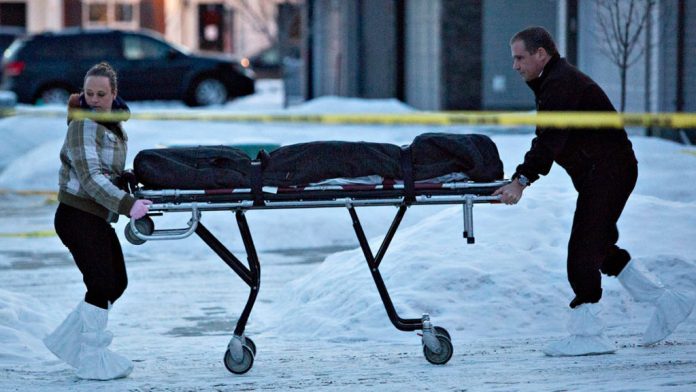 We routinely castigate lousy research by prejudiced academics who make their careers publishing poorly designed, illogically interpreted studies claiming that guns are bad and that widely restricting their ownership will solve society’s problems. We get tired of it, like anyone would covering the same fake news over and over. So it is really refreshing to review the rare study that gets it right from start to finish.

“Effect of firearms legislation on suicide and homicide in Canada from 1981 to 2016”  was published June 18 in PLOS One by DRGO member Cailinn Langmann, MD. PLOS One is an open access but peer reviewed on-line journal. Dr. Langmann has reviewed a number of others’ work for us, correcting their misattribution and bringing light to the world. Here, he takes them on with his own work.

I encourage you to go to the article itself, but here’s the summary. Canada has “progressively” taken the lead over the U.S. generally in piling up increasing restrictions on gun ownership, notably in federal laws from 1991, 1994 and 2001. Dr. Langmann looked at homicide and suicide rates from 1981 through 2016, which gave unequivocal before, during and after comparisons. The results: “No associated benefit from firearms legislation on aggregate rates of . . . suicide” was found for either males or females, though there were increases in rates of hanging suicide and poisoning. “No beneficial association was found between legislation and female or male homicide rates.” On the other hand, “an increased association with suicide rates was found with rates of low income, increased unemployment, and the percentage of aboriginals.”

All his data is public and readily available online, unlike the common problem with other researchers generating data but unwilling to share it in order for others to confirm its validity and appropriateness. There is no researcher-defined case control nonsense here—Langmann analyzes his data as a whole, over time (including sub-sections defined by the three points of new laws), and by age groups and sex. He chooses his topics for regression analysis well, uncovering significant associations with unemployment, poverty, pre-existing high suicide rates, and prevalence of Native Canadians.

The approach is important, too, because its validity underlies the results’ validity. Biased researchers focus only on the rate of use of firearms in suicide and homicide. And (surprise!) “gun deahts” decline with less availability of guns. But they pay no attention to the only changes that matter, overall suicide and homicide rates because of all the ways people can choose to end their lives or others’.

A valuable side-result of work that does, like Langmann’s, is to substantiate the societal reality of means substitution. Yes, the degree of lethality of methods matters a great deal at the decisive moment—it is important to find just ways to separate suicidal individuals from guns (and high places, etc.) when there is an acute risk. Each life counts, and saving one is a great thing. But on a population basis, there is no difference with or without firearms over time. Rational thinkers know this anyway, because there are other countries with little civilian gun access in which suicide rates dwarf ours.

Add to this finding the fact that violent crime does generally rise in the absence of firearms owned by civilians and their consequent inability to defend themselves.  Just look at the United Kingdom, or any of a number of long-time Democrat-controlled American cities where gun control has resulted in too many (criminal) guns on the street versus none in victims’ hands. Guns owned responsibly are not a cause of suicide, homicide or other violent crime.

Let’s wrap up with Langmann’s own conclusions:

The truth is out there, for those who have eyes to see it. Just follow the science—the good science, like this.