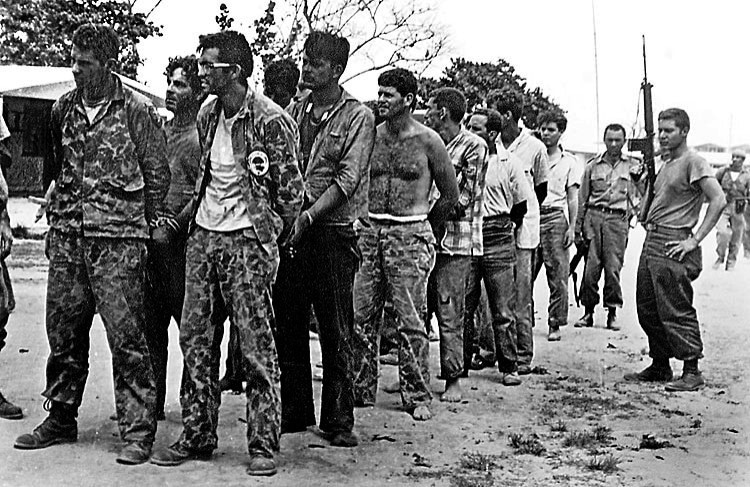 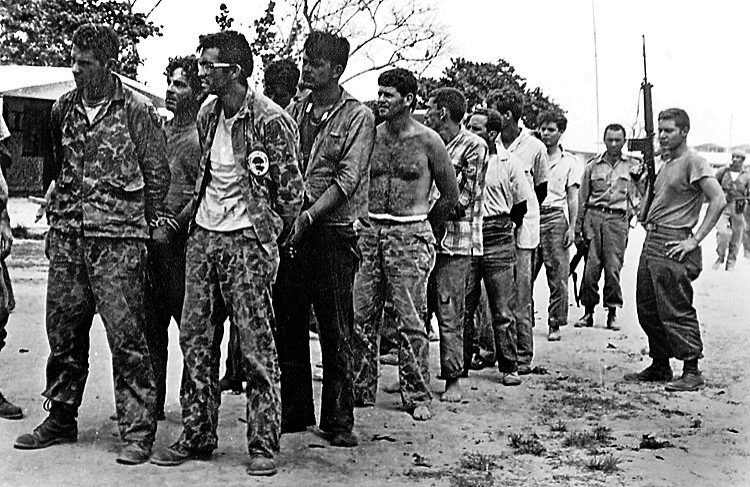 When the United States failed to overthrow Fidel Castro in the 1961 Bay of Pigs invasion, CIA-backed Cuban fighters said they were gravely disappointed. Today, the anti-Castro veterans say they’ve been let down again — criticising Barack Obama’s decision to restore diplomatic and economic ties with its 50-year Cold War foe.

“When the Bay of Pigs was abandoned, we were sad. And now we feel abandoned again, betrayed by the president,” said Felix Rodriguez Mendigutia, head of Cuba’s Bay of Pigs Veterans Association, referring to Obama’s decision to thaw relations with Cuba.

As part of the CIA’s planned — and failed — Bay of Pigs invasion, an exile force trained by the United States at secret bases in Nicaragua and Guatemala was sent into Playa Larga and Playa Giron, 250 kilometers (155 miles) from Havana, in April 1961, on a mission to overthrow Castro.

The invasion was a disaster for the United States — after 72 hours of bloody fighting, 100 anti-Castro soldiers were killed and 1,000 captured. The forces became known as “Brigade 2506,” also the nickname for the Miami-based veterans club led by Rodriguez Mendigutia in Miami’s Little Havana neighborhood, home to the largest Cuban diaspora population.

Rodriguez Mendigutia said their defeat in 1961 was a major blow, and that the United States made the wrong decision Wednesday in restoring ties with Cuba.

“We are very disappointed,” said Rodriguez Mendigutia, who at 73 claims to be one of the youngest of about 800 living Brigade 2506 veterans. He decried Washington for “making friends with a country that the State Department considers a terrorist threat.”

“It really is something that affects us all,” he said.

Veteran fighter Esteban Bovo, 76, said he was disappointed, but not surprised, at the US action. “Americans have a habit of betraying friends and then letting them drop. We’ve all faced it, we’re used to it by now,” said Bovo, a pilot who participated in three Brigade 2506 missions.

Angry reactions were swift in Miami after Obama declared “a new chapter” in US relations in Cuba, with dozens of people gathering in Little Havana to protest the rapprochement. The veterans supported the protests, recalling the bloodshed of the 1961 Bay of Pigs invasion.

“We all have dead friends, dead family members, imprisoned, abused. How do we feel? Frustrated,” said 93-year-old Eugenio Rolando Martinez, nicknamed “Musculito.” He said he was “surprised” at the announcement.

“The world has completely changed,” said Martinez, heralded by his comrades as one of the staunchest anti-Castro fighters of his era. The anti-Cuba veterans, while disappointed with Obama’s decision, say they hope the US Congress — which will be dominated by Republicans come January — will push back on Obama’s promise to lift the embargo and open an embassy in Havana.

The US embassy in Havana was closed in 1961, although a large US interests section still operates. Rodriguez Mendigutia hopes to see a planned veterans museum open in Miami, as one key way to preserve the legacy of the Bay of Pigs veterans.

The veterans know their time is limited — as they age, there are fewer around to fight for their vision of Cuba.
Rodriguez Mendigutia worries there will “no longer be a brigade in a few years,” but he does not allow that to deter him.

“We can’t lose hope, we must keep working towards change that everyone wants in Cuba,” he said. “We continue with the same ideals, the same dedication, to try and change the destiny of our country.”