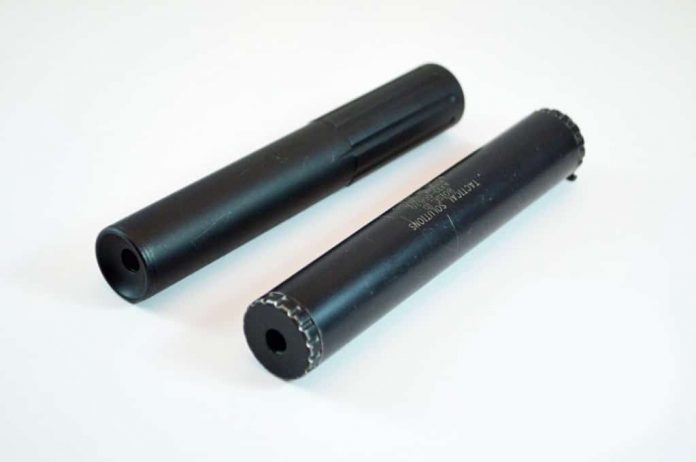 Last year we reviewed the Underground Tactical Little Puff. This was a .22 can we picked up on sale at Silencershop.com because it cost less than some of our flashlights. And, well, who can’t use an extra .22 silencer?

Our Puff was rated for 5.7, and we bought it for our FN PS90. That FN was undergoing circumcision at TROS USA to make it more like a P90 (without the full auto capability). More importantly, the modification would allow us to add a can to the now threaded barrel.

The PS90 is an odd duck. Developed in the 1980s as a PDW (Personal Defense Weapon) firing a proprietary round, it was meant for use by REMFesque troops who needed more firepower than a handgun, but not quite the weight of a rifle. Slinging biscuits and gravy in the DFAC causes enough dick pain without a 7.9 pound poodle shooter hanging from your shoulder, and while you may make the best food in the Green Zone you’re not exactly shooting pie plates at the range with your sidearm.

However, the PS90’s brilliant design and compact size with no vertical magazines to hit anything, low to no recoil and downward ejection of spent brass made it an ideal weapon for troops outside the DFAC too. It’s easy to fire from the confines of a vehicle, which made it a favorite with the US Secret Service protection details. 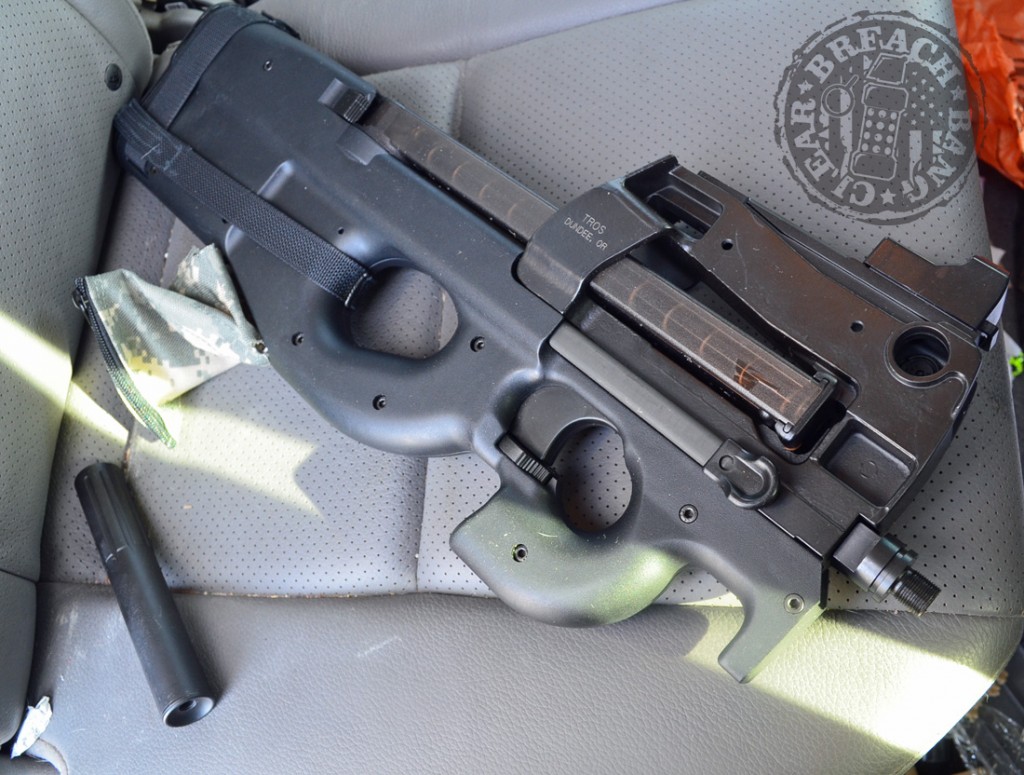 We know how cramped the backseat of a car can get, which is why we take the SBR PS90 to the drive-in.

In case you weren’t aware, the factory FNH PS90 uses a pinned barrel shroud with a chrome-lined barrel. After removing the pin and the shroud one cannot simply cut the barrel due to the process that FNH uses, or so “they” say. Mark McWills at TROS has this process figured out, and if you want the benefits of a short barrel on one of these pieces you really need to send it to him. Or you can spend two to three times the cost of his service on a factory FN P90 barrel and risk cracking your receiver when you attempt to remove the original. That’s up to you.

With 5.7 you have a round designed for a suppressor, and you can go with a full-on rifle silencer in .223, .308 or .338 Lapua. But frankly, that’s like throwing a hot dog down a hallway. The point of the P90 or SBRed PS90 is to have a compact and lightweight PDW. You can add 8 to 12 inches of can on the front, but it defeats the primary purpose of the firearm. Fortunately, the diminutive round can be suppressed by many types of higher end rim fire cans. We reached out to our pals at Silencer Shop again to try another 5.7 rated rim fire can and they sent us a Tactical Solutions Axiom. We love working with these guys as they always have an answer to our problems. 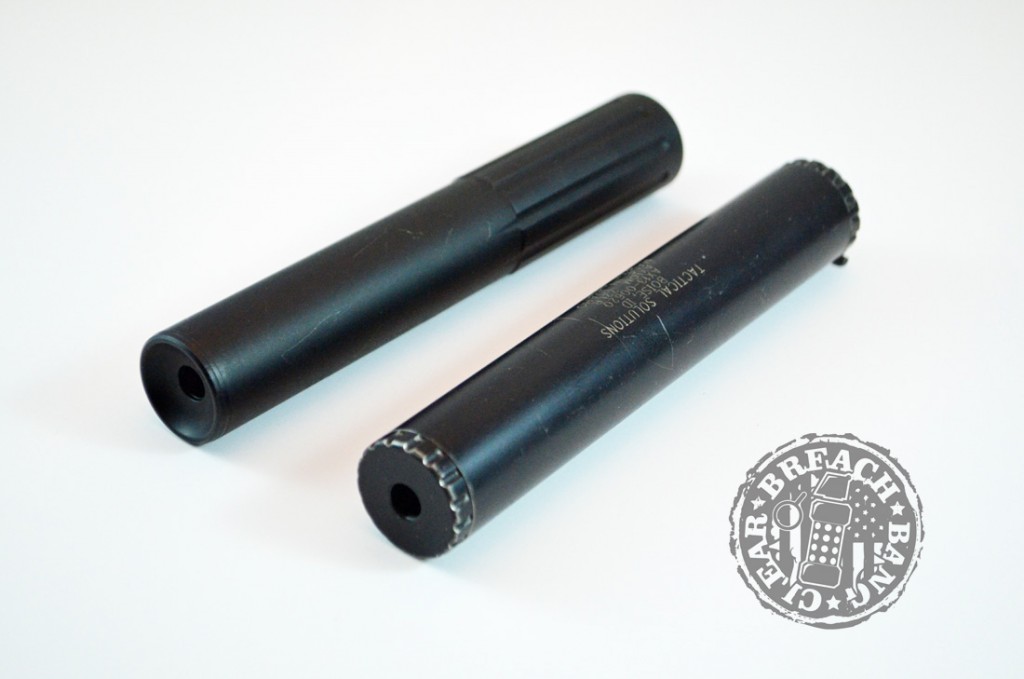 At left is the Underground Tactical Little Puff, the Tactical Solutions Axion is on the right.

The Axiom ships with a wrench that removes the end caps. With the caps removed, you can now push out the sleeve that holds the K-baffles, and clean or soak it to your heart’s content. It may not be as sexy as a monocore baffle stack, but you can at least take it apart.

We ran both cans with a 50-round box of FNH’s 5.7 ammunition through each.

Sound wise, we didn’t notice much of a difference (if any at all). We find decibel ratings useless for the consumer; maybe there’s a Rain Man shooter out there who can discern 121.5 decibels from 122.9 decibels, but those types have their minds made up anyway.

The Little Puff promises a reduction of 32 decibels and the Axiom is rated at 40 decibels. Eight decibels may sound like it is significant, but to our ears, the two cans sounded close if not identical. 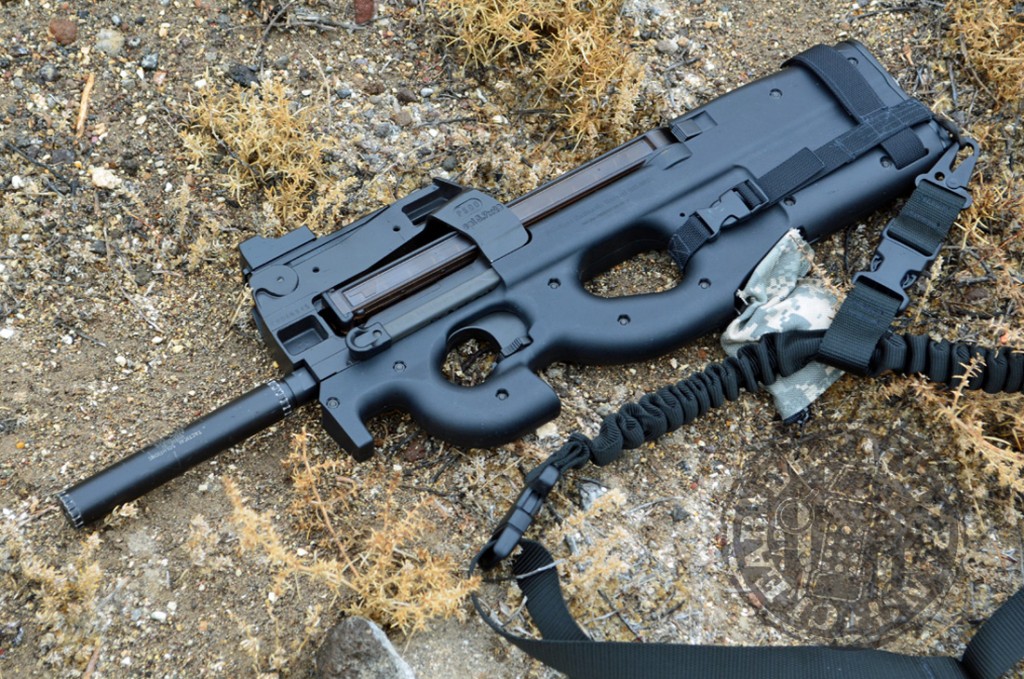 The bottom line is that both cans made for a hearing safe shooting experience, but the primary advantage of the Axiom is that it can be taken apart and cleaned as opposed to the Little Puff which is a sealed unit. 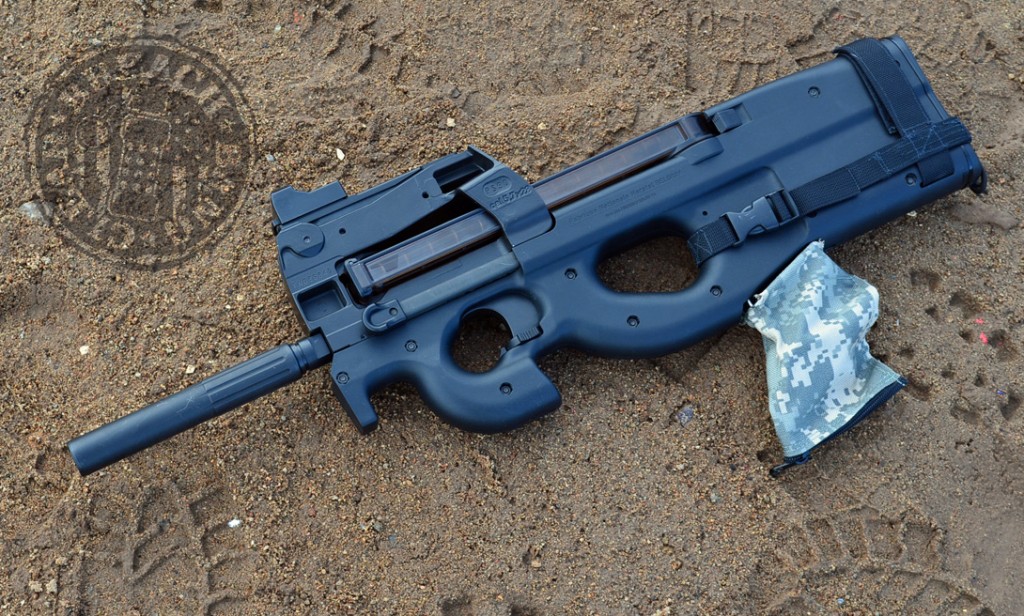 Underground Tactical’s Little Puff wins on style if not ease of maintenance.

Disassembling and thoroughly cleaning the Little Puff can be performed by Underground Tactical. However, when we asked the guys in the shop they told us it’s really not needed, especially if you run the can on a 5.7 gun because it will simply burn out any rim fire residue.

Underground Tactical’s two advantages over the Axiom are the price point and the styling. TacSol’s Axiom is a Plain Jane simple cylinder whereas the UT Little Puff has flutes on the back end and has a more “tactical look”.  Looks may not be important to most of us, but when performance is near identical, it’s not wrong to fall back on appearance. Of course it enslaves you to jacketed ammo and use of the FN 5.7 to clean out any crud from the .22s, sort of like getting your bore punched after a weekend in Olongopo.

As to that price, it may be going up in the future as the boys at UT are working on a user-serviceable version. When that hits the market, well, it’ll be back in the price range of higher end cans. Probably a bit costlier than the Axiom.