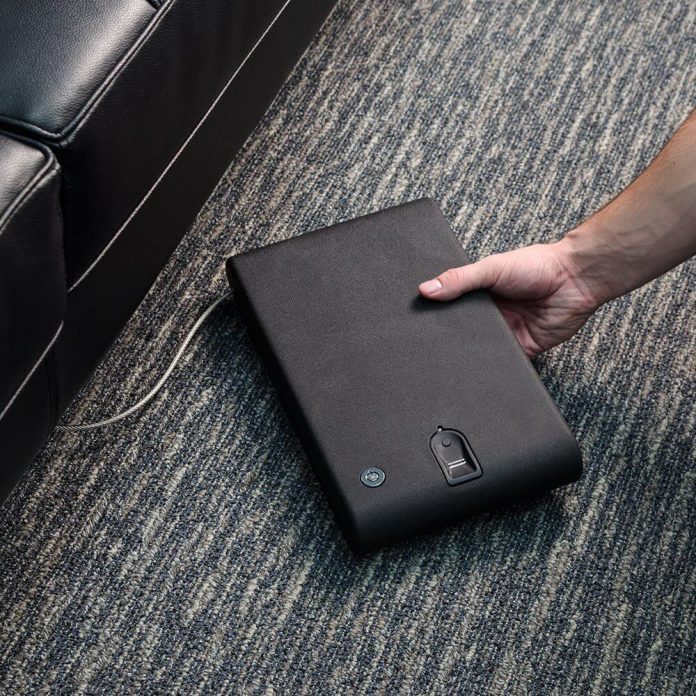 Being “Armed” is like having an affliction. You can’t drink when you’re carrying a gun, traveling with it is difficult and wearing speedos at the local pool impossible, or at least downright uncomfortable. Uncle Ben said it best, “With great power comes great responsibility” and if you’re going to own a gun you better be responsible for it.

As a child my father always kept loaded weapons around the house. As a Sheriff in San Mateo County, Ca. guns were nothing more than “work tools” to us kids. He taught me gun safety and always offered to let me “check out” his guns as long as I asked. I never touched them without his supervision and when at friends houses I was the only one comfortable, and familiar, enough with guns to leave them alone.

Having successfully made it through childhood without an incident it was my intention to utilize the same gun philosophy my father did when I had kids. That was right up until I attended my first concealed weapons carry class. The gentlemen teaching the class taught me two very important things regarding gun safety and management and I serendipitously learned two more things on my own that have stuck with me ever since. Here are the four (04) basic gun safety and management rules I’ve adhered to over the years.

1 – Locking up your gun: What if someone robs your house?

Okay sounds super obvious, but I just hadn’t thought of it. I mean that’s what the gun was for, but obviously, I wouldn’t always be home so leaving an unsecured weapon behind when I was gone made no sense. I didn’t care if I lost the guns, but I did care that I could have inadvertently armed a human being that was twisted enough to enter another human being’s house to steal things.

The moment he asked this question was the moment I made keeping my guns locked up and tethered to something my number one rule.

The first safe I bought was a small handgun safe that would supposedly allow me to put my hand on an imprint and then trigger the combination without looking. I thought it would be perfect to mount on my nightstand so that I could open it just before bed and close it first thing in the morning. Another bad idea.

2 – Walking to your gun: What if you have a nightmare or you “PTSD out” and wake up with your gun in your hand?

So it’s not uncommon for people to wake up and find themselves already in some sort of defensive action. He described cases where people kept their gun “under their pillow” and had accidentally woken up with it in their hand.

If it’s never happened to you this can sound unlikely, but I’ve, no less than 7 times, woken in a state of action yelling and reaching for a “dream” weapon and or, to my wife’s displeasure, reaching for her neck (those times I wasn’t really sleeping, but don’t say anything to her – she scares me). I don’t consider anything I’ve been through to be all that dramatic, but it doesn’t take much to put a guy on high alert. SEAL training alone produced a certain level of what I call “Training PTSD” that has kept me vigilant to this day. Just two nights ago I woke from a dream and punched a water glass off my nightstand while trying to subdue a non-existent attacker.

Now, thanks to his advice, I have to actually get out of bed, take a few steps and open a safe before I’m armed with a deadly weapon. Just makes sense.

3 – Traveling with your gun: How are you going to fly with that thing?

As I had mentioned the first safe I bought was a small one. I wanted a larger one to keep an entire collection in, but it was too expensive. At the time I thought I was settling by purchasing a smaller safe, but it worked out in my favor.

When you fly with a gun you have to keep it in a locked container within your luggage. When you get where ever you’re going you will have the same gun responsibilities as you had before you left. Having a small safe turned out to be perfect for such a thing. I can chuck the gun in my safe and chuck my safe in my luggage and I’m quickly off into the wild blue.

As an added bonus, after I arrive at my hotel, I’m able to lock my gun in an actual safe instead of one of those metal boxes hotel rooms have. You know the ones with the decorative combination pads on them.

4 – Password protecting your gun: Will you be able to remember the combo if you’re scared?

Though I was sold on the idea of putting a little “Mental” space between me and my firearm if I awaken to a threat, another “password” in my life was more of a mental space than I wanted to deal with.

For this reason, like I mentioned earlier, I bought a safe that would allow me to place my hand atop of it and enter the combo by feel. I thought a “sequence” of moves would be manageable compared to a number combo. This never worked because the safe would have to be positioned perfectly to allow my hand to sit just right and ultimately the damn batteries ran out.

Here’s what I did

So for my sons 18th birthday, I chose to give him my Glock 26. My plan was to drive him up to the Sierras, “Throw him off a cliff” (with repelling ropes) and give him “Dad’s” gun. Being that I’m 40 years old now and clearly losing my mind, I forgot the key to the safe and of course the batteries were dead. Oddly enough I know how to pick the tubular type lock on the safe, but that requires a special tool which, for whatever strange reason was not in my truck either.

Clear that God either didn’t want me to give the gun to my son or he wanted me to destroy my safe to do it, I had a decision to make. As I often do, I chose the tenacious approach and destroyed the safe. So not only did my son get his gun, but Dad got an excuse to go safe shopping.

It can store up to 120 user fingerprints – not sure why so many. I like the idea of it reading my print vs. me remembering a combination and I love the idea of not having to contort my body to get all 5 fingers of my hand lined up in an imprint.

This safe is small enough to travel with and can be tethered to anything. Well… anything tether-able. Most importantly it comes with 2 backup keys which, in all honesty, will probably be my primary means of access.

Don’t be an Ass

Now I know there are a lot of safes to choose from and I don’t care if you like the same ones that I use. I hope we can all agree that if we choose to own LIFE TAKING equipment of any sort, that we also choose to be responsible and safe. Don’t be one of those Assholes that has his gun used in a violent crime.