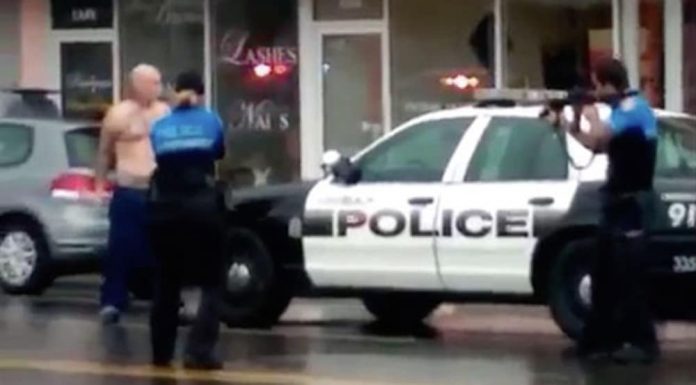 A shirtless man wielding a straight razor who attempted to rob a bank in Miami Beach Saturday morning was shot dead by police as he stood in the street, moments which were captured on video by a passerby.

Around 10:30 a.m., the suspect entered a Bank of America and demanded money, informing the teller that he had a bomb. But as police closed in, the suspect fled from the bank to a nearby barber shop.

The man then refused to leave the shop and apparently caused quite a disturbance inside before finally emerging with a straight razor. Soon thereafter, the man was shot and killed in the street outside of the shop.

The Miami Beach Police Department, although not releasing too many details about the incident, confirmed in a statement that the shooting, as well as the attempted bank robbery, remain under investigation.

Watch the video at Gawker.