In a move eminently predicted, and by various folks supported, the compliance rate in the Southern Hemisphere, even among a population not as societally melded to their arms as we wild and crazy Yanks, is pretty abysmal. 82% non-compliance with a final estimate of 71% non-compliance.

But they won’t call it that.

Remember every gun off the street is one less murdering people every day, or some such other incredible intangible extrapolation of data. In their mind every weapon removed is one less tool of terror and murder, a gross oversimplification of a complex problem that allows them to pat themselves on the back and say that failure is victory.

A semi-automatic firearms buyback program enacted in New Zealand in the wake of a mass shooting targeting Muslims this past March is showing initial, if moderate, signs of success.

Ladies and gentlemen, there isn’t any such thing as ‘moderate’ success when we are talking about steps to prevent rare and devastating mass casualty attacks. The estimates of the number of weapons now prohibited in the country were between about 150,000 and 400,000 and success is leaving that number still in the hundreds of thousands? Just hoping that one of the turned in weapons was the next one going to be used in mass murder and that the motivated killer loses all their motivation to commit that horrific act at that one setback and won’t grab any of the hundreds of thousands still in circulation, or divert to another method.

Sounds very successful. This is the problem with trying to mitigate rare high impact events.

This would suggest a compliance rate, so far, as low as 18 percent, 16 weeks into the buyback program. With seven weeks left to go until the amnesty period ends, if the current rate of return holds, the New Zealand government is on track to collect around 50,000 prohibited weapons pursuant to the buyback. That would impute a final compliance rate of around 29 percent, at the lower end, which would represent a modest but tangible success for policymakers.

In what test is 29% a passing score? If a bridge builder were to successfully create 29% of a span so cars don’t plummet into a river but 71% of the time they do just that (just a short plummet and they get stuck in the mud, nothing catastrophic, just like continued ownership of firearms that weren’t ever going to be used in a mass murder) would that be outlined as a modest but tangible success?

Here’s the line that gets me.

New Zealand Police Minister Stuart Nash announced this week that more than 32,000 prohibited weapons have been returned to the government since collections began in mid-July. Some estimates put the number of newly banned military-style semi-automatic rifles in the country at up to 175,000.

Mr. Nash, I don’t return something that was never another’s to begin with. I can return a truck to Toyota or Chevy, they built it and owned it at one point. I don’t return the truck to the DMV, who never had ownership. Language matters.

“Owning a firearm is a privilege not a right,” New Zealand Prime Minister Jacinda Ardern said in September as the country’s parliament considered new gun control laws. “We absolutely recognize there is a legitimate need in our communities to be able to access guns, particularly our rural community, but what these changes do is recognize that actually there’s a real responsibility that comes with gun ownership.”

How does one recognize the legitimate need while simultaneously calling it a privilege? How does this mandatory removal of an owners property place emphasis on the “responsibility that comes with gun ownership?”

This seems like scrambling to move the goal posts and redefine what a win looks like in order to cover for the fact that the actual threat of another terrible attack hasn’t shifted in any meaningful way. This move did not drastically reduce extremism in any form. It did not significantly impact access or means. It will steal about 50,000 owners stuff for less than value because they wrote a rule about it.

That’s it. There is your modest but tangible success. You didn’t alter the threat, you got rid of a few guns. 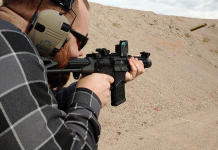 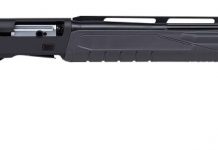 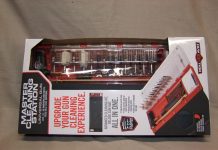 Get the Lead and Grime Out