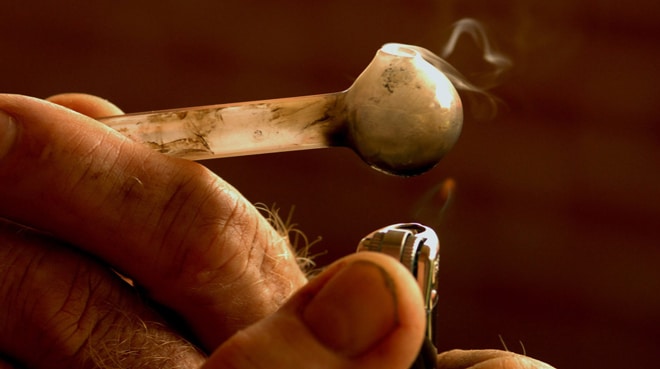 After using $100 worth of methamphetamine in two days, one man’s high abruptly came to an end when he accidentally shot himself in the scrotum near his Wenatchee, Washington, apartment while “saving” his neighbor from hallucinations in the form of “Mexicans” who were out to get him.

Martin Eugene Hoyer, 51, who has four prior felony convictions, is expected to survive but now faces charges for first-degree assault, felony harassment and four counts of unlawful possession of a firearm.

Hoyer told authorities the fiasco started when he heard “a bunch of Mexicans and white guys” through the air vents to his neighbor’s apartment. Hoyer said they were all planning to rob him, prompting him to go threaten his neighbor while armed with a gun.

But it didn’t end there.

After returning to his own apartment, and without injuring anyone at that point, Hoyer then noticed “Mexicans in the trees” outside who were trying to get into another neighbor’s apartment, so that neighbor could, in turn, give them access to Hoyer’s apartment. It was then that Hoyer ran to the woman’s apartment to save her from the “Mexicans.”

But Hoyer accidentally fired his .45-caliber Taurus revolver while it was still in his waistband and struck himself in the scrotum. The neighbor told police she heard the gunshot as she opened her door, followed by Hoyer falling to the ground while saying, “Ow.”

Related: Two separate crooks accidentally shoot themselves in the junk

Medical personnel apparently found another bullet lodged in Hoyer’s body, which he admitted was from a prior incident.

Authorities recovered two .45-caliber revolvers, a rifle, ammunition and a small amount of methamphetamine in Hoyer’s apartment. He is being held on a $50,000 bond, and no “Mexicans” or “white guys” were found at the scene – or at least not any that were trying to rob him.