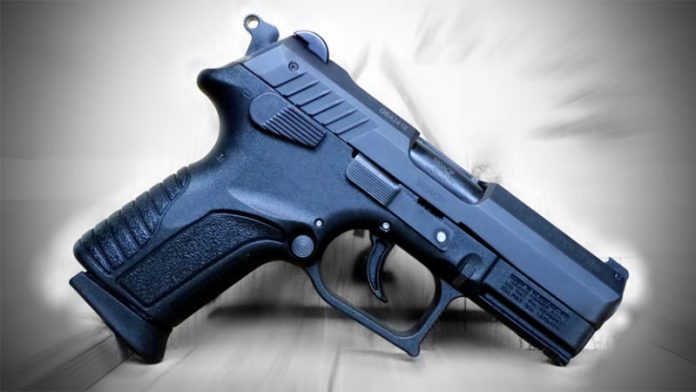 Grand Power makes some incredible handguns.  Some have referred to them as, “the best handguns you’ve never heard of”.  I’ve been fortunate to get my hands on several of them including the XCalibur, K100, P11, P1 Ultra, P40, and recently the CP 380.  Most famous for their rotating barrel and completely ambidextrous controls, the CP 380 is slightly different.  Unlike the others the CP 380 uses the blowback operating system, but I couldn’t resist the chance to enjoy a double-stack .380.  Who wouldn’t want to spend some range time with a pistol so small and light that still retains something to hold onto and a respectable capacity?

If you’re still in doubt about the usefulness of the .380 dig around for the NRA’s testing of modern hollow points in the caliber.   They proved that the .380 ACP is 78% as effective as the .45 ACP and with good reason, both were designed by Browning and the .380 ACP is a 78%-scale .45 ACP!  Put the two rounds side-by-side and it’s easy to see.  The round is one of the softest to shoot which makes for quicker follow-up shots for established shooters and easier learning for new shooters.  If you’re curious about the specs of the CP 380:

Features such as a decocker, the ability to run single-action or double-action, and a safety for cocked-and-locked carry make the Grand Power a very versatile gun for both carry and training.  Another specialty of Grand Power, completely ambidextrous control, make it a great gun not just for left handers, but for dedicated shooters who want to train their support side to function as well as their strong side.  Try doing that with a Glock!  Grand Powers are built to be fully-capable fighting guns.  Having those features in the gentle .380 ACP can make for some incredible range time.  For a closer look at the Grand Power CP 380 see the tabletop review below.