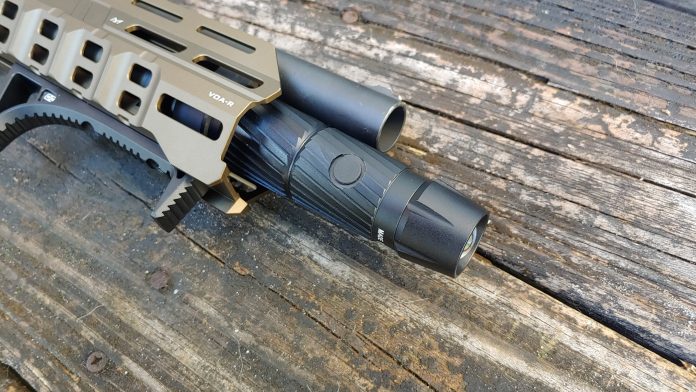 Are you serious? A dedicated shotgun light for less than 50 bucks? No way it doesn’t suck? These were the first few thoughts through my head as I looked at the Axeon shotgun light. I’ve written about Axeon before, specifically their optical goods, but the shotgun light was new to me. I grabbed it out of my own pocket for 31.50 on Axeon’s website.

That price is insane because dedicated shotgun lights aren’t cheap. The Surefire DSF is 300 bucks and some change, the TL Racker from Streamlight is 120ish. The Steiner Mk7 was 180. I know this because I own them all, and I like them all. Shotguns are typically inexpensive firearms, at least in the pump-action American made world. My DSF 870 light costs twice as much as the used 870 I bought. Even the TL Racker costs almost half what a Mossberg 500 costs. 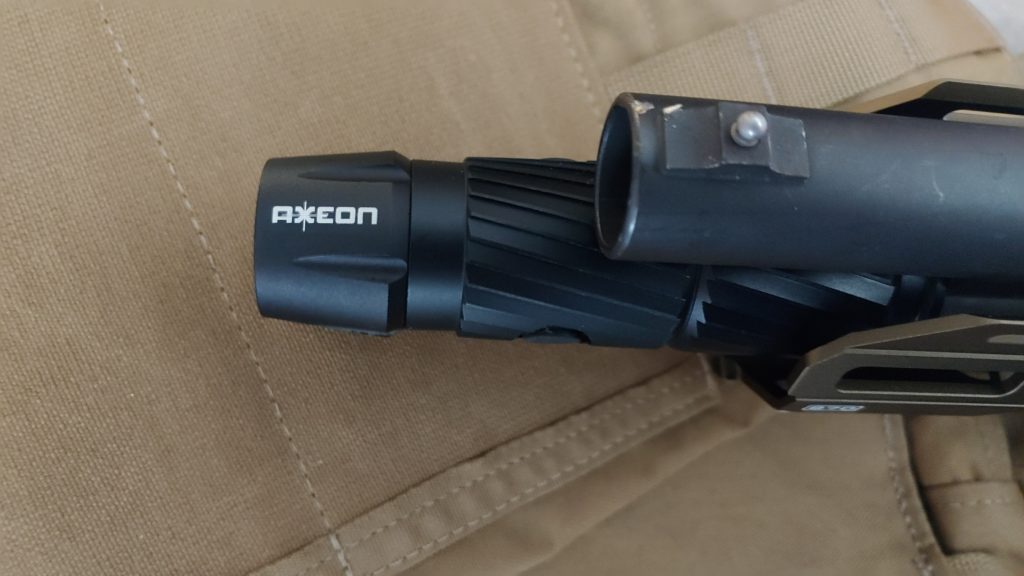 Shotguns are not like rifles. A quality AR costs a lot more than a quality pump shotgun. If you are taking the shotgun route for affordability, then adding a light can be costly. The Axeon Shotgun light is an affordable means to outfit your home defense weapon with a white light. The problem is all the affordability in the world makes no sense if the light doesn’t work.

So, does the Axeon shotgun light work?

The Axeon Shotgun light is a dedicated shotgun light that is designed to work with either the Mossberg 500, Remington 870, or Winchester 1300 series shotguns. It replaces your magazine cap with the light, and the Axeon shotgun light comes with three different endcaps for the three shotguns that it works with. You could theoretically move the light from shotgun to shotgun if you owned multiple shotguns.

The Axeon shotgun light is very simple in its design. It’s an aluminum body with two buttons on opposite sides of each other. These two buttons are designed to give your ambidextrous controls. Once the light is screwed onto the gun, the buttons are presented on the left and ride side of the gun. 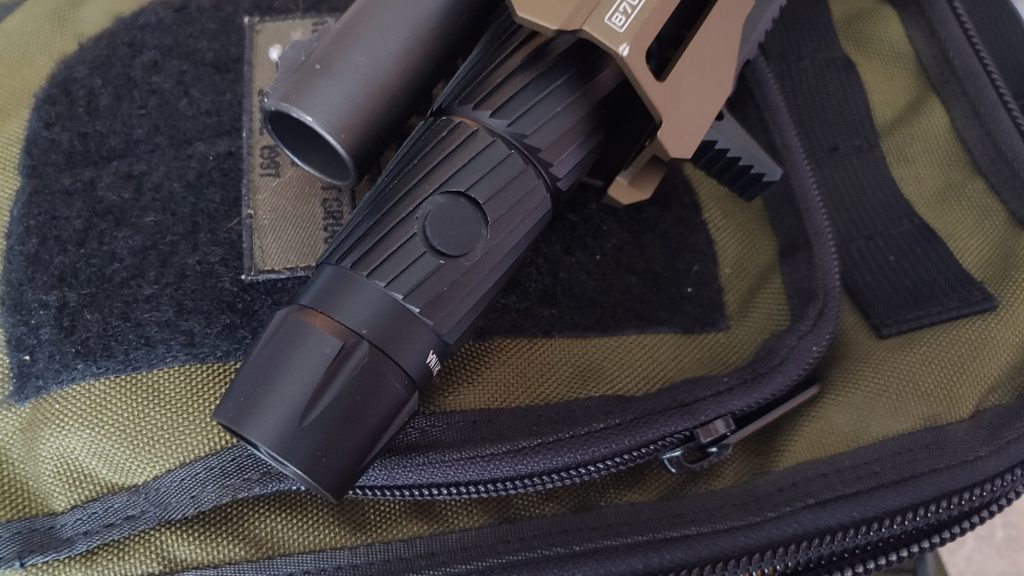 The inline design is handy and allows you to keep your shotgun sleek and lightweight. The Axeon shotgun light weighs next to nothing, especially compared to the DSF or TL Racker. It’s super small and snag-free.

Light nerds won’t like the 120 lumens the light offers. That’s relatively low, and compared to other shotgun lights, it’s on the weaker side of light power.

The light is powered by a single CR123 battery and has a single constant-on mode. There is no momentary, and on a light like this, that’s not a bad thing. The inline design would make a momentary mode tricky.

The minimal 120 lumens of light is well focused. The spill is minimal, and the beam comes out as a very focused square. This square of light is bright and is clearly made for up-close use. The beam does introduce a series of limitations into the light. The minimal spill and throw aren’t well suited for searching for a target or trying to catch a threat in a dark alley. 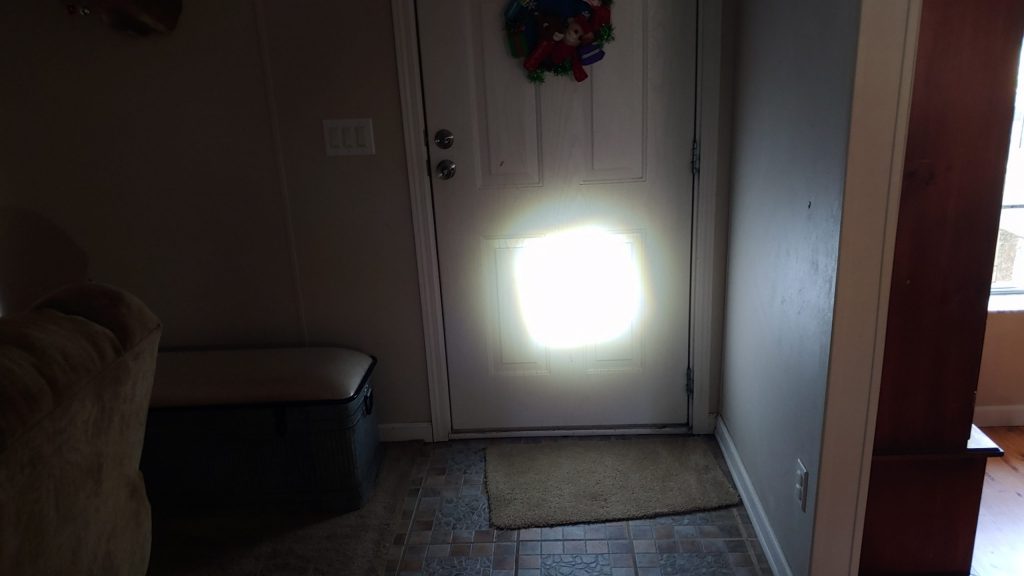 If you hear a bump in the night or a bang at the door and you don’t have a fireteam with you, I’d suggest hunkering down with your scattergun, calling the police, and waiting for them. In this more realistic and safer scenario, the Axeon shotgun light is more than enough to identify a target. The focused beam can temporarily blind a bad guy, and because of its focus, it could be used to aim the gun in close quarters.

Using a light as an aiming device for a shotgun is nothing new. In a dark situation, it works, and an inline light like this incurs minimal offset. As soon as you identify your target with the light, you can accurately place a load of buckshot into it. This technique works best within 15 yards, which is well inside of most people’s home-defense ranges.

Sorry Elon Musk, it won’t work in your mansion.

Ergonomics and Past the Barrel Durability

Ergonomically this light takes some practice to properly use. Grip near the end of the pump and extend your trigger finger to activate the light. Working the pump and the light together is possible. It takes some practice, but it’s possible. It’s not as easy as a pump mounted light to use and practice with, but the light itself doesn’t have to move as you rack the pump. The light stays on target as you work the weapon and pump. 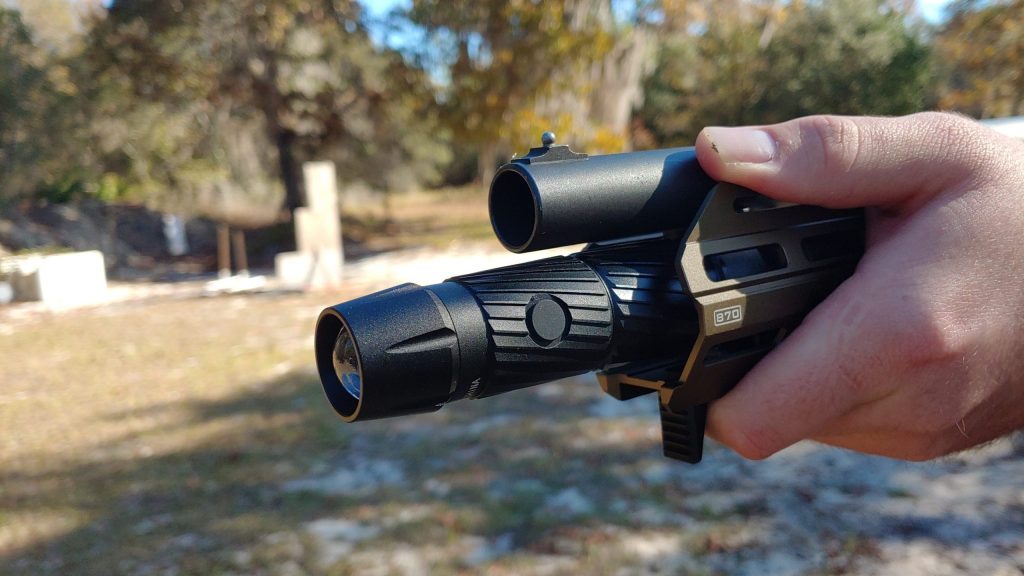 The light itself will extend beyond the barrel if you use a firearm or short-barreled shotgun. The good news is the Axeon shotgun light can seemingly take the blast. After a couple of dozen rounds of birdshot and ten rounds of buckshot, the light is unphased. Although, make sure you clean the lens after it takes some blast.

The purpose of the Axeon shotgun light is limited to home defense and even pest removal. As someone who lives happily in the middle of nowhere, America’s feral hog program is an issue. They are such a problem that killing them is no different than killing rats legally, and it can be done at night. A good light makes it easy to establish positive identification on a target on two legs inside the house or on four legs outside the house. 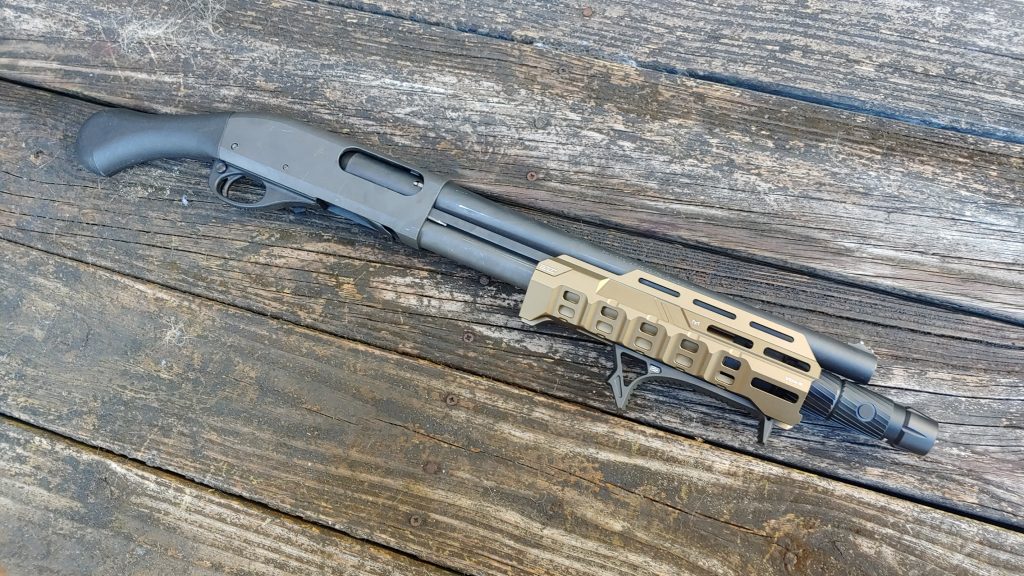 When used within its limitations, the Axeon shotgun light is a very affordable and lightweight option for home defense. While I won’t declare it the very best option, it’s the very best option under 50 bucks. Check it out for your budget scattergun needs.

And as always with controls near muzzles, watch your fingers.