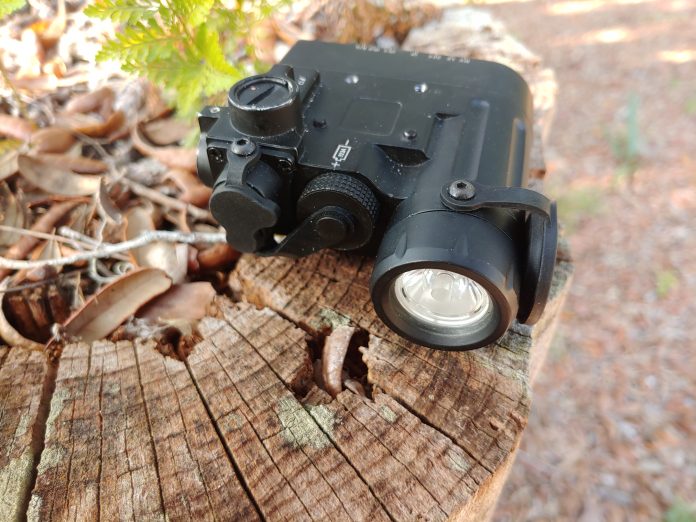 I don’t think there is a thing in the world that China doesn’t copy. They mass-produce a wide variety of counterfeit items and mark them with real brand names. The gun world is not immune to counterfeits. Sure, we don’t necessarily see counterfeit guns, but gun parts and accessories are copied, counterfeited, and produced by the tons.

The vast majority of these products come from China. In fact, according to this NPR article in August 2019, CBP and the ATF stopped shipments totaling 53,000 counterfeits. These including stocks, sights, and other gun parts. It’s a major issue and one that any potential gun owner should be aware of.

Today we are going to address how to avoid counterfeits and how to tell if an item is a counterfeit gun part.

Before we talk about counterfeit items we need to address that there is a difference between a counterfeit item and a licensed reproduction. There is a huge demand for gun parts for the sport of airsoft.

People want their airsoft guns to look and feel like the real thing. In fact, airsoft and similar sports seem to drive the counterfeiting market more than any other specific factor. This is why the most common counterfeit items are high dollar tactical gear.

This doesn’t mean there are no legitimate companies working within the letter of the law to fill this airsoft demand. A number of companies are producing, or licensing their designs, to airsoft companies. These reproductions are designed for airsoft and marketed as such. The biggest company doing this is Magpul with its “PTS” line of products.

Unfortunately, these reproductions are few and far between.

How To Tell if it’s a Counterfeit?

Interestingly enough this answer will vary depending on each item. The biggest way to tell when a product is a counterfeit is to consider who is selling it. Wish and Aliexpress are well known for marketing and selling counterfeits and they don’t sell anything beyond counterfeit goods. With Wish or Aliexpress you are also buying them at super low prices. No one is really being tricked by these two websites.

No, what happens is jerks buy these counterfeits and then attempt to pass them off as the real thing. This is where websites like eBay and even local buy, sell, and trade forums are full of this crap.

eBay is seller to seller and full of people trying to pass off low-end junk for high-end parts. This isn’t just scopes, stocks, and sights, but parts as small as charging handles are counterfeited. China was even importing 80 lower Receivers according to a 2013 Article from the Firearms Blog.

Amazon is a little better, but the problem still persists with many reviews pointing out that their item is a fake. Some of these fakes are done extremely well in terms of color, controls, markings, and other small details.

Down and Dirty With Fakes

This is a fake Steiner Dbal D2. It looks good, it’s hefty and has real weight. The QD attachment is well done. The logos are visible too. However, once you start looking at the finer details it becomes apparent that this is a well-made fraud.

First, the controls to adjust the laser are all backward. Second, the pressure pad uses the wrong connector, Those are two apparent differences you can spot with the naked eye. Oh, and it lacks a serial number.

I only know this because I poured over real pics of Dbals and began picking out the inconsistencies. I was given this fake for free so I wasn’t scammed. It just got my wheels turning at how well these are made.

The best thing you can do is know the item you are buying inside and out. If possible ask questions, like where did you buy, and when? It’s typically easy to verify if the product was sold at that retailer or if it was even being produced at that time.

If possible get the serial number and call the actual company for verification. Most high-end optics companies like Steiner, Trijicon, and Aimpoint serialize their items.

Optics and accessory companies are hesitant to give a lot of pointers on what to look for in fear of having the counterfeits being copied even more. However, Trijicon, Eotech, and Aimpoint all have pages dedicated to helping spot fakes.

The best advice I can give is to use common sense. If it’s a deal too good to be true then it likely is. People don’t sell Acogs for 120 bucks, and PEQ 15s don’t have white lights. Buy from trusted retailers and understand the deal of a life time rarely is.