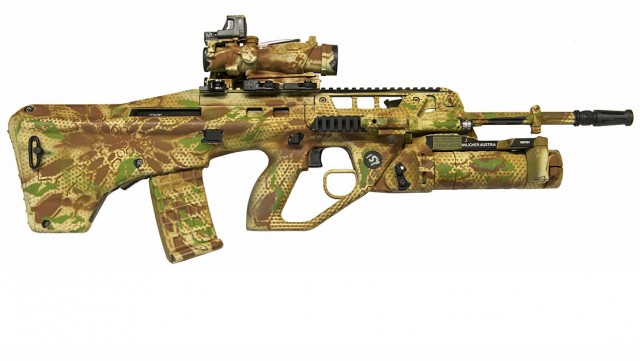 There are few things more precious and personal to a soldier than their rifle. They need it to function reliably, be easy to maintain, be accurate, prove lethal in combat, never be more than an arms-length away and, well, just feel ‘right’.

For almost a whole generation of Australian soldiers, the F88 Steyr has been the rifle employed by the Australian warfighter. Before its introduction into service, this space-age-looking weapon of plastic, metal, bull-pup configuration, fixed telescopic sight and enigmatic colour scheme was limited to the stuff of Hollywood blockbusters. Since its roll out, it has been issued, carried and employed operationally by Australian soldiers across the world.

It would be fair to say the F88 has proven to be a functional, reliable, accurate and lethal rifle for the Australian soldier. It has been demonstrably more accurate than its predecessor, the venerable 7.62mm Self Loading Rifle. Furthermore, it is lighter, easier to maintain and, well, ‘feels much better’ than its forebear. Finally, it has been employed both effectively and expertly in combat operations.

This is not to say the F88 did not have areas for improvement – both perceived and actual. After all, there is no such thing as a ‘perfect’ weapon. Each and every rifle possesses comparative advantages and trade-offs.

Many of the F88’s perceived and actual areas for improvement emerged in the ‘noughties’ when operational realities and evolutions in weapon and target acquisition ancillary design progressively made the F88 feel heavier, less balanced and, by virtue of its fixed 1.5-power telescopic site, less accurate (arguably, this same trend affected most, if not all, assault rifles). Overall, the F88 eventually started to feel less ‘right’.

This feeling was compounded by Special Operations Command (SOCOMD) migrating to the M4 assault rifle. The take-up of the M4 by SOCOMD fuelled an unsubstantiated assumption that the F88 was inferior to the M4 in terms of function, performance, accuracy, reliability and lethality. In many cases, this assumption was exacerbated by the natural allure of all things ‘special forces’. For many, assumption both invariably and erroneously became fact over time. 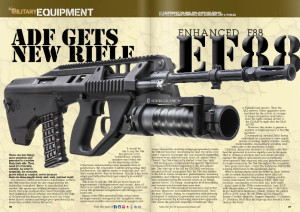