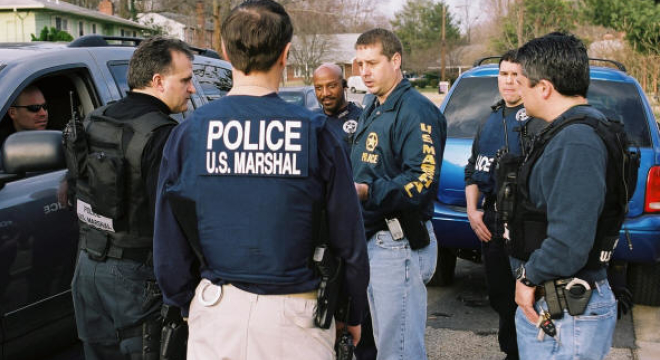 A federal watchdog agency found that the Marshals have had 23 guns reported lost or stolen since 2015. (Photo: USMS)

A report issued last month by a federal watchdog agency found that the U.S. Marshal Service could improve the way it controls its government-issued guns and ammunition.

The U.S. Justice Department’s Office of Inspector General delivered its 36-page report on how the oldest American federal law-enforcement agency takes care of its hardware. The audit found that, while in general the USMS has “strong physical controls” over its assorted 28,364 firearms, Tasers, and other weapons in its inventory, they found that 110 guns recently purchased had been in the service’s possession for as long as 16 months without being logged into inventory and 23 firearms had been lost or stolen since 2015.

Of the missing guns, OIG related that the majority (15) were handguns and most were stolen from vehicles. Disciplinary action for lost or stolen guns typically amounted to a short suspension of fewer than 10 days. A handgun left in the restroom of a U.S. courthouse and later found by a non-Marshal courthouse employee netted a one-day suspension.

Besides its well-known duties in fugitive operations, witness protection and prisoner transport duties, the Service maintains 5,200 contract court security officers in its role as providing security for federal courts. While inspecting security for the U.S. 10th Circuit Court of Appeals in Denver, OIG officials found a select-fire Heckler & Koch MP5 submachine gun on hand despite the fact that it is a policy in the Marshals to only issue full-auto capable weapons to the agency’s elite Special Operations Group.

OIG inspectors found a select-fire MP5 with security at a Denver federal courthouse, a violation of USMS policies. (Photo: Dept. of Justice)

Another cause of concern for inspectors was the fact that 16 of the 18 Marshals locations that were audited did not fully comply with ammunition tracking requirements, amounting to some 2.45 million untracked rounds found on hand by inspectors. In addition, the service, which counts some 3,500 deputy U.S. Marshals and investigators on its rolls and fields a large tactical team, did not track its potentially dangerous less lethal munitions such as tear gas grenades and pepper spray canisters.

As a result of the audit, the Marshals Service agreed to implement a procedure to ensure newly acquired weapons are logged into inventory in a timely manner, update its ammunition tracking and begin the logging and tracking of less lethal weapons.