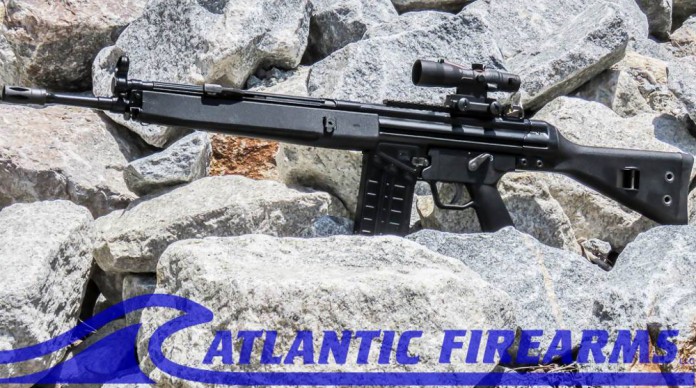 Atlantic Firearms has recently announced an exclusive RTR rifle chambered for .308 Winchester and 7.62 NATO patterned off the Heckler & Koch G3A3. And for a limited time they’ve got an Uzi Pro package with extra mags and free shipping.

What makes the Atlantic’s exclusive PTR 91 A3R stand out, besides the proven design and PTR build quality, is its U.S.-made wide handguard. This is the first PTR to ever come with this style of military handguard with grooves for German and German-style bipod legs.

The rest of the PTR 91 A3R is pretty close to the original A3 design with a few changes here and there. It has a slightly longer 18-inch barrel although it uses the standard G3 stepped barrel profile. It has the world-renoun drum sights and fixed polymer buttstock.

The only significant deviation is the inclusion of a welded rail on the receiver for red dots and other optics. The whole rifle is then given a rugged black powdercoat finish.

The PTR 91 A3R is built around a match-grade barrel even though it’s a service rifle. The barrel is threaded for 15×1 RH muzzle devices and the rifle comes with a birdcage flash hider installed and two 20-round magazines where available, all in a padded hard case.

While it doesn’t come with a bipod, they aren’t too hard to find and with a list price of $989, the PTR 91 A3R will leave enough cash in your pocket to pick one up in short order.

Atlantic’s Uzi Pro package is also sure to please. The $999 price tag is about average, but Atlantic is offering free shipping plus two extra 32-round factory Uzi magazines for a total of four.

Uzi Pro pistols ship with one 20- and one 25-round magazines standard. The 32-round magazines alone sell for $22 before shipping, so all together that’s easily over $50 is swag and savings.

The Uzi Pro is a modernized version of the time-tested Uzi submachine gun. It has a lighter polymer lower with an ergonomic grip. The Pro uses a standard pistol magazine release at the trigger guard as opposed to a heel release and the frame is railed for use with lights and lasers and other pistol accessories. 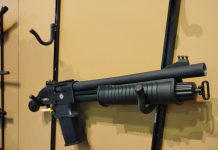