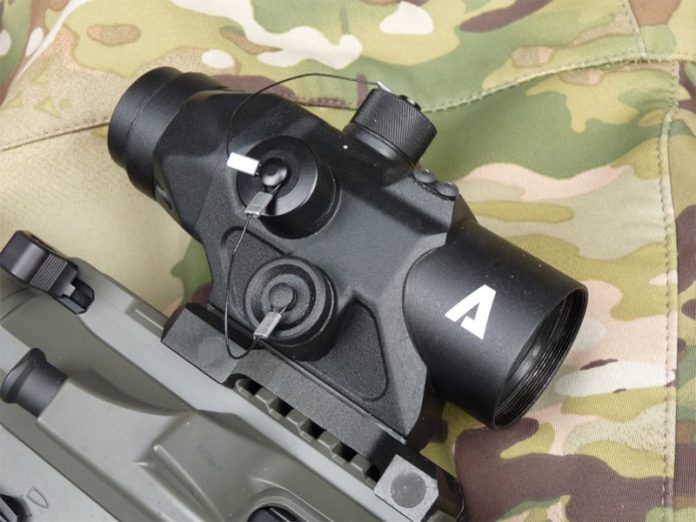 The Atibal MROC (modern rifle optic component) is another entry in the short but growing list of optics based on the same patent as the venerable Trijicon ACOG.  That patent (having lapsed in 2008) has opened up a big niche in the optics market for those who want something close to what the ACOG provides, but without the big price tag.  While a few companies have thrown their hat in the ring, no one has really yet hit the sweet spot balancing features and price point. Hence me doing my best to chase down Atibal’s owner Jimmy Labita when the MROC was being released. 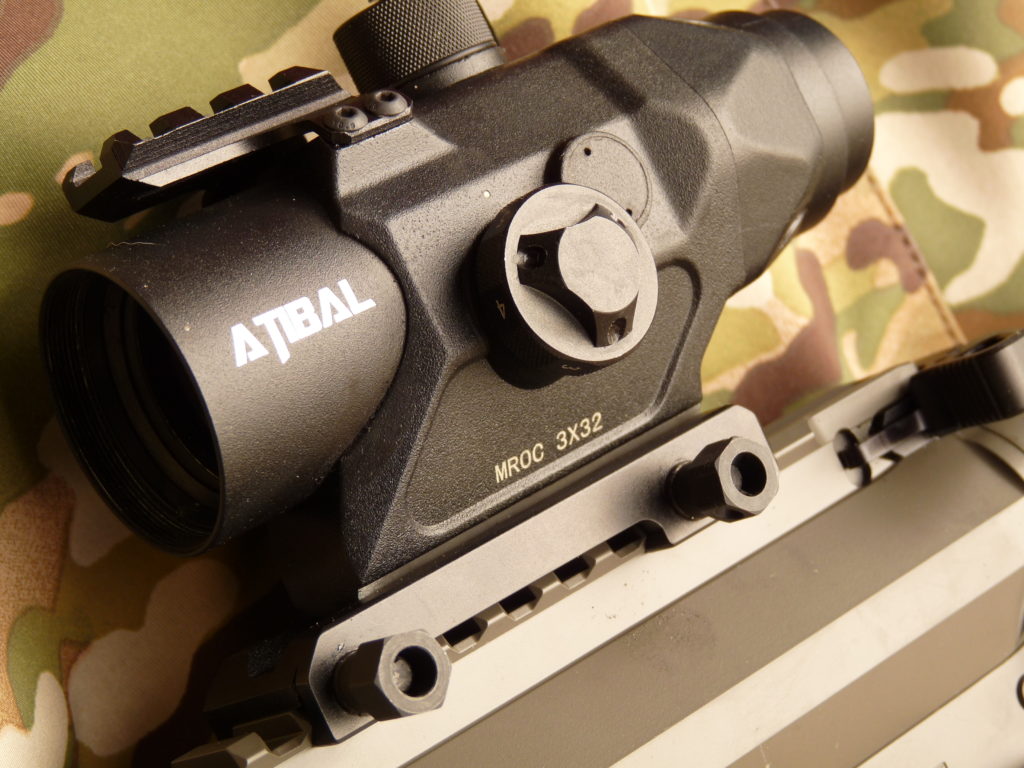 Having completely sold out of the first few runs in a flash, it took a little while for me to get my hands on a test and eval unit. Luckily, a small manufacturing error left one scope cut short in the quality control department.  Totally functional but with a small blemish on the illuminated reticle, this MROC wasn’t fit to sell but was certainly acceptable for me to use and abuse to test out all the other features.

First off we come to the tale of the tape.  Here’s the tech specs, as per Atibal’s website.

Being based on the same patent as the ACOG, drawing comparisons here is inevitable: similar size, similar beefy construction, similar chevron with bullet drop compensation reticle and most surprising, very similar glass quality.  What we all care about is how this thing performs in the field though, so let’s get to the range day.

Having taken the MROC out with Radian Arms fantastic Model 1 rifle, the poor weather conditions  for testing extreme accuracy on the firearm happened to be great for testing the MROC.  Blustery wind and driving rain might not be great for benchrest groups, but I like it for testing out a new scope. 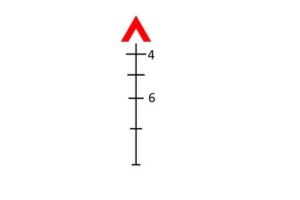 I dug in and found a quick close zero at 25 yards.  Despite the distracting weather, this was achieved within just a couple of rounds thanks to the very solid and distinctive “clicks” from the tool-free turrets.  Having the turret caps leashed on was nice, I can’t count the times I’ve panicked thinking I’d lost one.  Having no stable shooting platform for shooting these groups I mentioned earlier (as well as targets that won’t hold still in the wind) I spent most of the day shooting from the standing position.  I burned up a couple hundred rounds doing double taps, failure drills and picking off shards of clay pigeons at 100 yards with no problems at all.  The reticle is just a nanometer too fine for my taste, but I found that despite my liking for a thicker aiming point, I didn’t have any trouble picking up the chevron and drilling whatever target I was going for.  That might have chafed my shooters preference a little, but didn’t hold me back any.  The chevron did a nice job of attracting the eye and dutifully lining up on target. 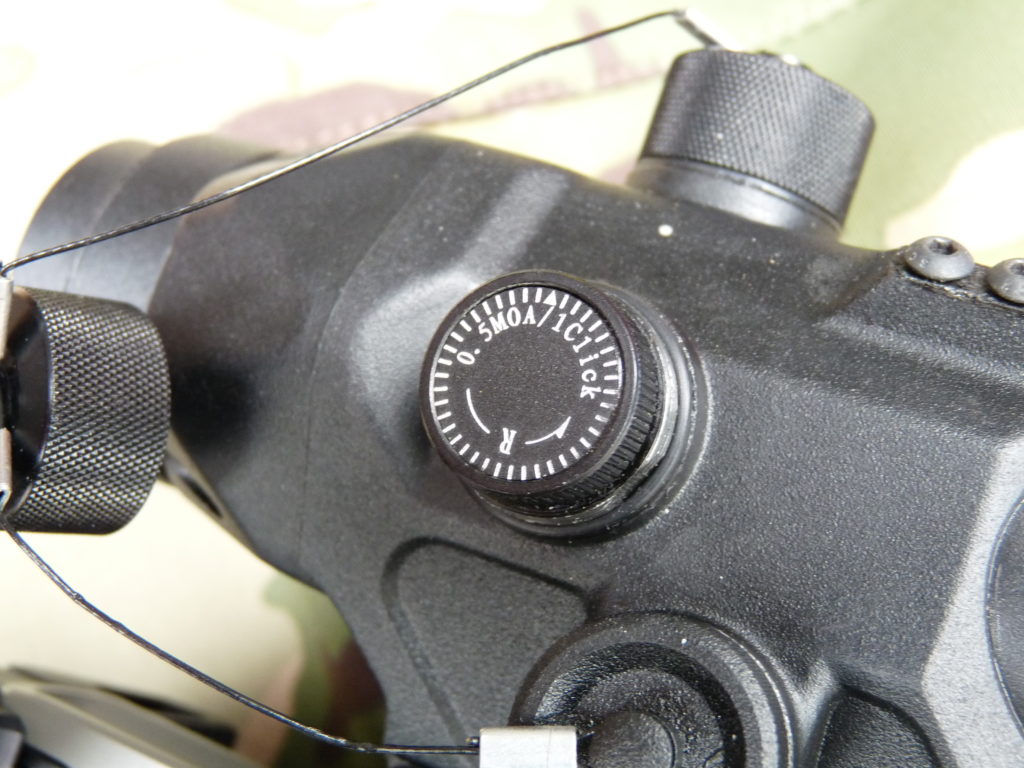 I left the turret caps off for much of the shooting,exposing the scope to a little more weather. Likewise, during breaks in shooting to get more coffee or reload mags, I left the rifle and scope out in the rain.  No problems with water or fog.  Lacking the setup to perform a proper box test, I reefed the turrets this way and that a number of times, but the MROC tracked back to proper zero without fail.  The clarity and light transmission of the glass impressed me a great deal.

I have plenty of experience with American optics (Leupold is down the street) and I’m sad to say, I also have plenty of experience with cheap Chinese optics as well.  I have little-to-no experience with Japanese optics where quality control checks are held by the American company whose name is on the line rather than being held overseas.  I have to say Atibal has exceeded my expectations here in every aspect of this optic.  The one flaw I found wasn’t in the optic itself, but the owner’s manual.  The directions state that the turrets move the reticle, but they do the opposite, they move bullet impact direction by moving the reticle inverse to the direction indicated.  Small mistake. 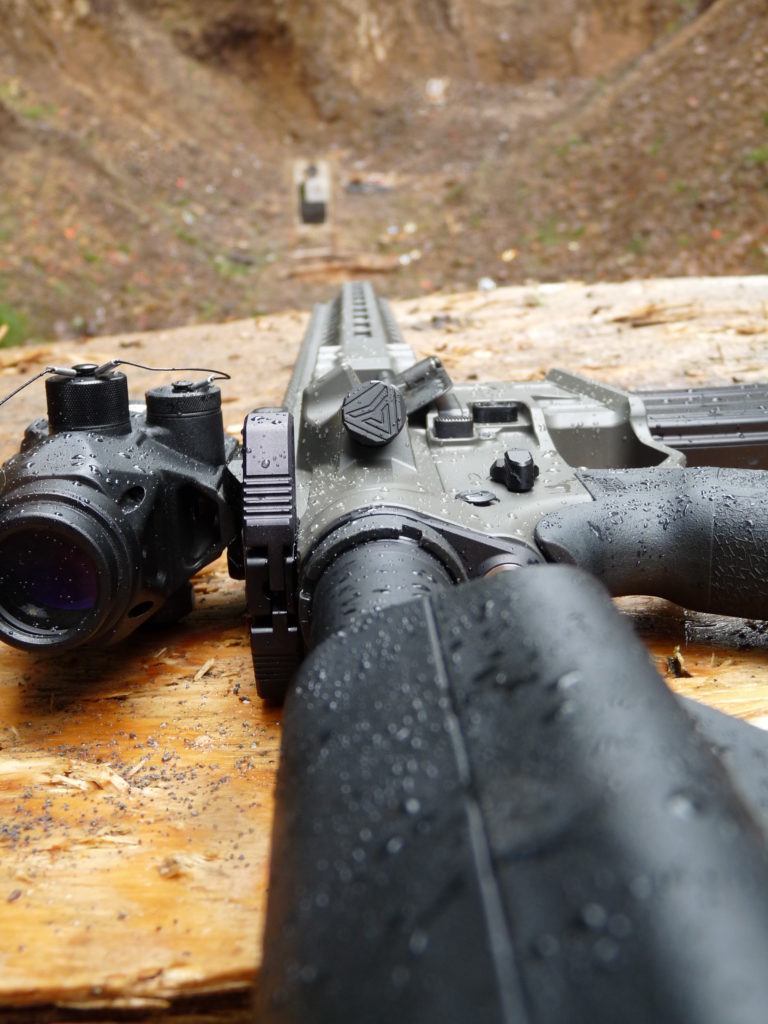 Coming back to the subject of natural comparisons, whether you compare the MROC with the base model ACOG or one of the illuminated fiber-optic models, the one thing not comparable is the price.  Right now the MSRP on Atibal’s site is $379.99 and on opticsplanet.com we’re looking at $322.99.  This comes with Atibal’s lifetime warranty as well.  Considering the rugged construction, deft turret assemblies and near-flawless glass, you’d do well to check them out.

Rex is an Alaskan Expatriate living in Oregon with his wife and kids. Growing up on commercial fishing vessels, he found his next adventure with the 2nd Bn, 75th Ranger Regt. After 5 tours to Afghanistan and Iraq, he roamed about the west coast becoming a commercial diver, rated helicopter pilot instructor (CFII) and personal trainer before becoming a staff writer with Loadoutroom.com