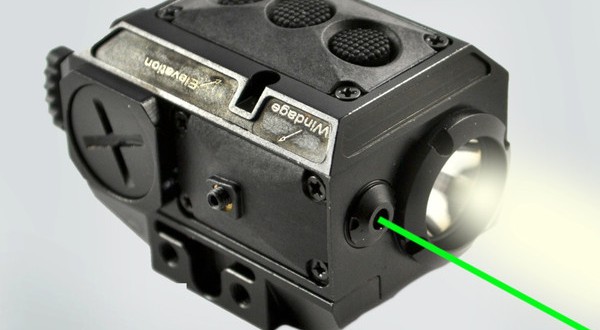 The Tactical market has seen an exponential growth in the last few years.   The amount of manufacturers developing rails, lights, lasers, optics, grips and anything else that can be strapped to a AR-15 is just staggering.

This huge growth and lack of knowledge on the part of many new shooters leaves many customers in a difficult position when trying to decide on a piece of kit.

Advice on what to get is often dolled out by gun store cowboys who want to make a big sale or by Internet warriors who throw around big name brands like they won the lottery.

The truth is that most firearms owners are not military personnel or even contractors that will be using their gun day in and day out abusing it, relying on it to manage fully-auto or burst fire for extended periods.

Some of you may use your gun in a 3 gun competition and weight becomes an issue in those cases so going for the higher end gear can be advantageous.

On the other end of the spectrum frugal shoppers often get caught up on price over function and end up with Chinese knockoffs or airsoft gear, which are  not designed to be run on a real firearm.

The fact is many users just enjoy shooting their AR-15, shotgun or handgun for recreation or practice. They may rely on it in a home defense situation or when out hog or predator hunting.  In short it needs to function and be reliable but does not need to stand up to typical military abuse.

This middle of the road user, which is the vast majority of Americans, people who purchase firearms for themselves, not police or military, have actually been vastly ignored.

AT3 Tactical a family owned and operated company from Minnesota has entered the market to try and fill this gap. The goal has been to develop a line of firearms accessories that are less expensive then the major brands but a much higher quality then low end fakes or airsoft gear.

One of AT3’s first products to market is the Tactical LED Flashlight & Green Laser combo.

This laser light combo will work on any Picatinny, Weaver or other 20mm rail or handgun mounting system. It mounted securely in our testing to a Mossberg 500, AR-15, Sig 1911 and a Glock 19.

With a small hex head screwdriver or allen wrench (one is included with the kit) you can adjust the windage and elevation.  Once adjusted we found that the laser held zero even after firing slugs through the Mossberg 500. This is what separates the AT3 from the knock of gear.

The laser is the advanced green light laser. Green lasers are considerably more expensive then standard red dot lasers due to the complexity of design and additional materials. These additional materials are the reason for the added weight and cost of the laser, and have kept the green lasers from gaining in popularity until recently.

Green lasers while more expensive then red also offer the advantage of being seen in much brighter situations. We tested this laser on 3 different occasions at 25, 50 and 100 yards.  Even in the middle of the day we had no problem seeing the dot on the target (at 25 and 50 yards we used no magnification but did use magnification at 100 yards due to my poor eye sight).

What we loved the most about this gear is the price. On the AT3 Tactical website it retails for $109.85. This price tag is considerably lower then most of its competition in the green light market and even lower then some of the red light options.

Manipulation of the laser will require some getting used to.  There is a paddle switch on the back that would need to be depressed for 3 seconds to turn on the device. Once this has ben done and the blue light on the back is activated the light is ready to go. From here a single tap of the paddle will turn the light/laser on or off. To store the light you would hold the paddle for 3 seconds again to shut it down completely.

This design is intended to reduce the chance of accidentally activating the light or laser when unintended. I can see this being advantageous in certain circumstances but like any gear will require you training with it.

On the bottom or side of the device (depending on how you have it mounted) there is 3 buttons.

Pressing the paddle switch when the white light is activated (with or without laser) will switch to a strobe mode. Once we used this a few times and practiced with it the required movements to activate or change modes became second nature.

This light is small enough to be used on a pistol and from what I gather that is the market they are going for. While I don’t know of any manufacturer that makes a holster for this light, rumor has it that several are in the works.  As an addition to an un-holstered nightstand gun this does offer several advantages.

We found in our testing that it excelled as an accessory to a Shotgun or AR15.  This specific tested version is now mounted to my Home defense Mossberg 500 where it is likely to stay. Having a low weight dedicated light with laser capability is a very nice addition to a home defense shotgun. You never know when a light can come in handy or you might need to make a longer shot with a slug.

As for the AR-15 speaking to my predator hunting friends they immediately saw the advantage to this laser light combo. Unlike military or police that may be worried about the additional brightness of the green laser, predator hunters are not worrying about being shot at. As such this ultra bright green light can come in very handy when stalking the woods at night and needing to acquire a target quickly.

The only real downside I found with this light is the issue that all green lights currently have and that is its temperature restrictions. Due to the diodes needed to make the laser green the light is designed to function in 14F to 122F weather. This is better then the previous standards of 40F to 100F but still something to keep in mind on those cold Michigan fall and winter days or nights.  This is another reason I mounted this to my Shotgun and not my handgun or AR15 since in my home there is no issue with temperature.

In summary or those of you who like to skim

If your looking for a green laser for in the home or for attaching to a larger weapon then this is a great choice. We have bee very pleased with the runtime and function of this light and found it to be very easy to see in all light conditions.

Go to AT3 Tactical to purchase one for yourself.