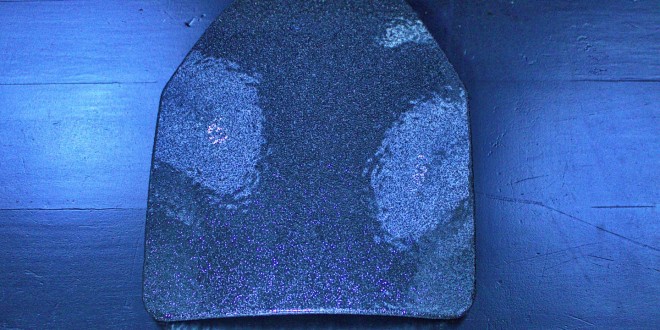 After the events that occurred in San Berdino the other day, we decided to move some reviews around and push this one to the top.

Armor plates for years have been something you bought if your department allowed you to, you are in a militia, or you wanted that cool guy factor at a class. It was not super common for everyday Joe’s to have a set at home or in their car. While armor is still not “mainstream” it is a hell of a lot more common at classes and hidden in go bags or closets.

The change has been driven by several factors. The over decade of war in the Middle East has lead to technology that has made armor lighter and easier to wear. In turn, more companies are now making affordable options available to the general public. This has fueled training courses requiring it for classes like the recent Sentinel Concepts Shoot.

For me, it all started with a set of steel plates was purchased in case of an emergency. I didn’t spend very much on them, and they are heavy enough that wearing them in a 8-hour class is more than I plan to bite off. So when the time came to go to Steve Fisher’s Shoot House class in Alliance Ohio, I looked at buying a new set of lighter ceramic plates.

Steve referred me to Mike, the owner of AT Armor. After some discussion, he directed me to the S.T.O.P line of plates, and I ordered a large set. I regret not getting a carrier from him as well, but I think that will be resolved by Christmas. 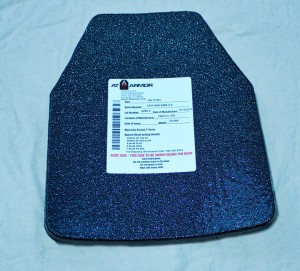 Before we review the AT Armor S.T.O.P plates, it is important to understand the difference in plates. This will not be a high-level overview so feel free to skip to the review if you’re already familiar with the differences of steel and ceramic.

Steel works as a hard wall that deflects the bullet. Companies now coat steel armor plates in a layer of material (such as PAXON) that is designed to capture the bullet fragments making them safer than early plates that could leave the wearer injured by sprawl.

Ceramic plates are lighter than their steel relatives and work on a different principle. While I do not recommend taking advice from Reddit this answer on how ceramic plates work is great and easy to understand:

Fracturing a ceramic tile requires energy. Now imagine how much energy it takes to pulverize these tiles. I mean, when the tile is stuck by a projectile traveling at ballistic speeds it essentially turns into sand. That’s millions and millions of tiny fractures. All of those fractures “absorb” the energy from the projectile

The result is a bullet slowed by the process of absorbing energy and grinding down against the hard ceramic grains the bullet created during the fracturing process. This means more energy is absorbed in the plate, so less force is felt by the user with little to no risk of being hit by sprawl.

While the methods different the result is either will stop bullets up to the NJI level, they are rated. For the user through the level of comfort is drastically different. Ceramic plates weigh less than a steel plate with build up. This was and still is the main interest I had in these plates. What I did not know is AT Armor is actually a hybrid Ceramic Polly monolithic ballistic blend meaning you get superior performance with even more weight reduction. At Armor plates are 50-70% less weight than an equally rated steel plate without the typical added thickness of stand alone ceramic plates.

Ceramic plates also offer a double curve. Steel plates will curve around the body from arm to arm. They do not curve from throat to sternum leaving a pocket around the neck area you often see shooters resting their hands on. Since ceramic plates can curve in both directions, they hold closer to your body, so the weight feels better displaced.

The hardest part of this review is trying to convey the difference in the feel of ceramic vs. steel body armor. It’s one of those things you need to experience. 8lbs for 1 steel plate vs. 10lbs for 2 ceramic plates is a huge difference, when you factor in the carrier and the shape of the AT Armor plates feeling is believing.

During the recent Shoot House class, we did 9 runs with 10 teams over 2 days from 9am-11pm the first day and 9-5 the next. The means that there was a lot of standing around waiting to run, analyzing your run and prepping for the next run. It was easy to spot the guys who had steel plates on the second day. Often right after getting out of the shoot house at a safe distance, the plates and carrier came off.

Guys in ceramic plates with advances plate carriers would only take them off to leave and get food or during a sit-down education session.

Now stepping past the advantages of ceramic over steel what makes AT armor better?

Traditionally, ceramic plates are thicker than steel plates due to the layers of ceramic need to absorb the bullet energy. AT Armor is using cutting edge technology to create an ultra-thin ceramic plate that can be worn stand alone without backers.

The AT Armor STOP SAPI plate is only ½ an inch thick! This means that they will fit in more carriers than older ceramic plates, and can be worn with our without a trauma pad or backing. This offers better maneuverability and clearance 2 things you want in a gun fight.

Special Threat Optimized Plates is the name AT Armor has developed for their line of hard body armor. S.T.O.P plates are rated to stop M193, M855, and 7.62×39 (mild steel core) without a backer based on the same protocols used to test IAW NIJ standards.

These are the typical rounds found in areas of conflict and would have protected you from the calibers used during the last several mass shootings. In short it covers the most likely of threats in the event you should ever need to rely on your armor.

In addition to the S.T.O.P plates we have been using, AT Armor also makes the S.T.O.P-BZ which is for special threat’s including BZ and AP rounds, meaning it will stop the common 7.62×39 Armor Piercing rounds. The BZ plates are also lighter than the S.T.O.P plates at 4.1-4.8 lb package based on size.

For many of us price is a major factor in building kit. AT Armor is crushing it with their pricing. Ceramic is not cheap, in fact 1 plate will run you more than a full kit from the likes of the big name in steel body armor. However when compared with other top names in lightweight ceramic plates, AT Armor’s S.T.O.P and S.T.O.P-BZ plates are a less expensive solution. When you take into account their thin design then that price is even more astounding.

Ceramic plates are a major investment that many may find hard to justify. Like med kits, flashlights and training it’s a product that is easy to shrug off as too expensive to invest in. We all know that new AR that is screaming your name on the gun store shelf is easier to justify. However, if I had the choice between 2 AR’s or 1 AR and a set of good plates with a carrier, I would go with the latter. It allows me to take advanced courses and covers 1 of the 3 B’s in battle, Buddies, Bullets and Body Armor.

If you have reached this point in your training, or just planning ahead for the day when body armor may not be purchasable by civilians, then you can’t go wrong with getting your ceramic plates from AT Armor.

You can find all that AT Armor has available including products from Velocity and Mayflower at their website http://atarmor.com