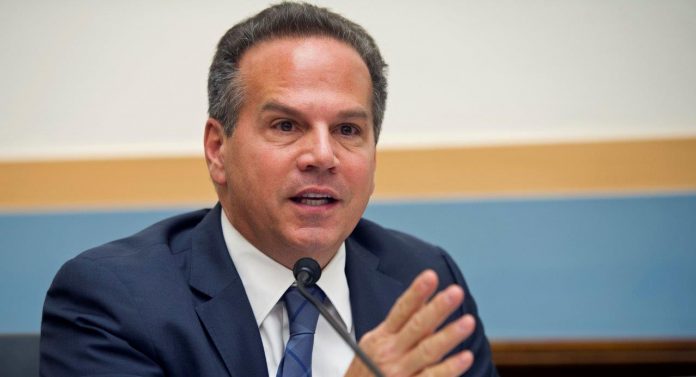 The Assault Weapons Ban of 2018 will prohibit the sale, transfer, production, and importation of:

·         Semi-automatic rifles and pistols with a military-style feature that can accept a detachable magazine;

·         Semi-automatic rifles with a fixed magazine that can hold more than 10 rounds;

·         Semi-automatic shotguns with a military-style feature;

As of this morning the full text of the House Resolution is not in the official record however Scribd has what appears to be the text here. It’s 126 pages.

From the surface it looks to prohibit the future transfer of just about every semi-automatic firearm.

It then lists the 205 specific models banned from sale and transfer. ARs, AKs, SCARs, Tavors, Etc. all on the ban list.

The real insidious language is in the pistol ban.

A semiautomatic pistol that has the capacity to accept a detachable magazine and any 1 of the following:
(i) A threaded barrel.

Every pistol which has a barrel that can be removed can accept a threaded barrel. That is nearly every modern semi-auto since the 1911.

There is, of course, a law enforcement and government carve out.

These congressmen do of course support the second amendment so you can keep ones that were legal prior to the enactment of this ban but those guns die with you because they cannot be transferred.

There’s also language for establishing a government database for tracking crimes specifically with assault weapons. The FBI’s UCR is not good enough apparently.

As for the chances of passage. That depends entirely on Republican support. If they cave and give the support it could hit the president’s desk.

If they don’t support it they will be vilified as uncaring NRA pocketed child murder supporters just like anyone who currently owns any of the firearms covered and dares to question the logic or effectiveness of this measure.

It would be ineffective.

Of the hundreds of millions of firearms in circulation today this covers a large percentage and even assuming 100% compliance (an impossibility) this still leaves those millions in private hands for the better part of a century and does nothing against firearms not covered or people who will ignore the law.

When the law is ignored and another headline grabbing mass homicide happens this law and that tragedy can be leveraged for immediate forfeiture of all ‘assault weapons’. Just remember they aren’t coming for your guns, they respect the Second Amendment.

That confiscation would also be ineffective without 100% compliance.

Like I wrote last week. If someone believes private firearms are the problem and are advocating for anything less that a total ban and forfeiture they are either lying or naive.