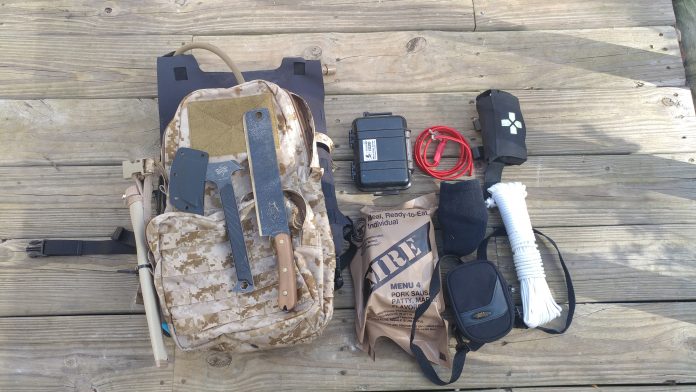 Assault: 1. The Climax of an attack, closing with the enemy in hand-to-hand fighting. 2. To make a short, violent, but well-ordered attack against a local objective, such as a gun emplacement, a fort, or a machine gun nest. – (Joint Pub 1-02)

There was a time when I was cool. Way back in 2009-2010 I was banging around Helmand province, machine gun in hand, surrounded by three things. The Taliban, poppy plants, and my brothers. It was a good time. Long story short my Company Commander assembled his own Company Level Reconnaissance squad. None of us were Recon, and the closest we got to being special was the bus we took to school. We were used at his whim to go wherever and to do whatever he wanted or needed. A big part of mission goal was pursuing and punishing enemy fighters. Security patrols weren’t really our thing. We went out and harassed the enemy, we assaulted the towns they held, and generally tried to be a giant pain in the ass. 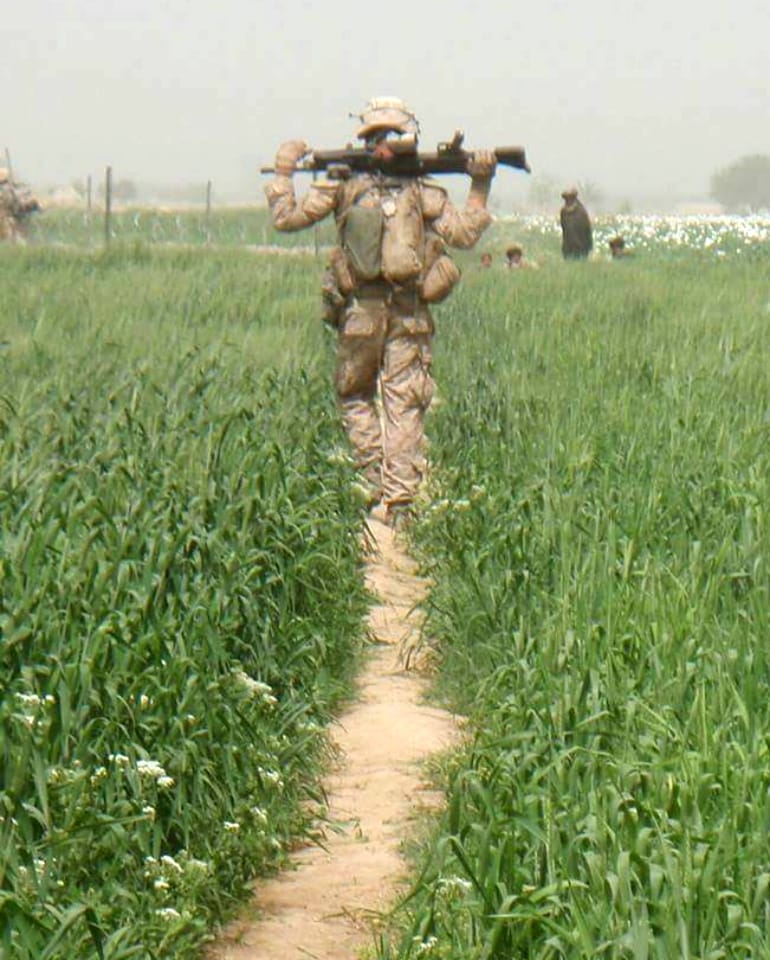 One thing we all learned pretty quickly was that less was more. It wasn’t long after we hit the ground we all started dropping gear. Leg rigs disappeared, grenadiers replaced mags with more grenades, and we knew what mission essential meant. One big thing most of us dropped was our issued packs. We happily replaced them with old-school small Alice packs. The smaller the better was our general rule of thumb. If we had the options then that are out there now I would have dropped my Alice pack for a T3 Assault Backpack.

T3 is owned and operated by a former Navy SEAL and if there is a group of people who know what works for assaulting it’s the SEALs. Without a doubt, the War on Terror changed mindsets to smaller is better, simpler is better, and deadlier is better. 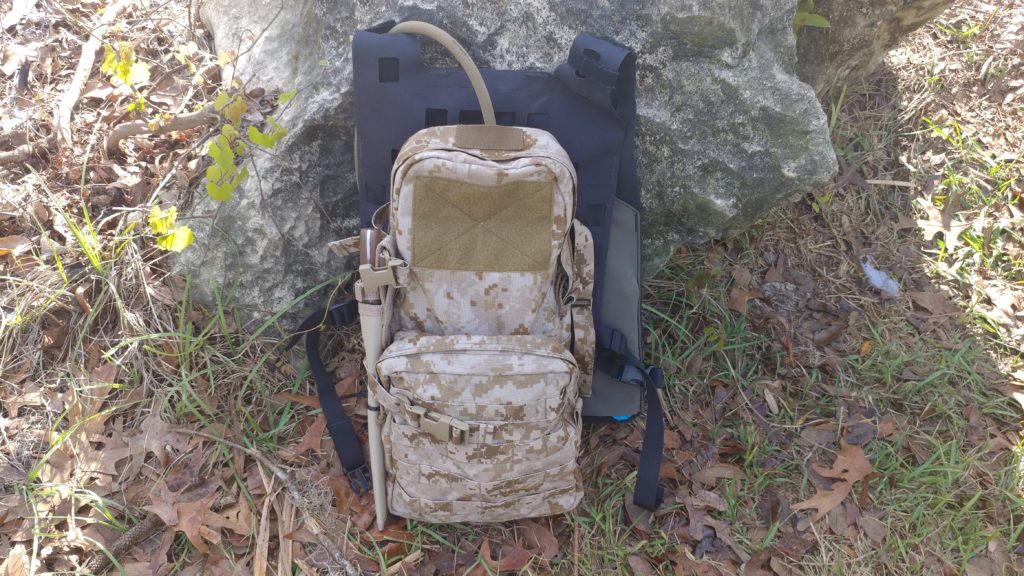 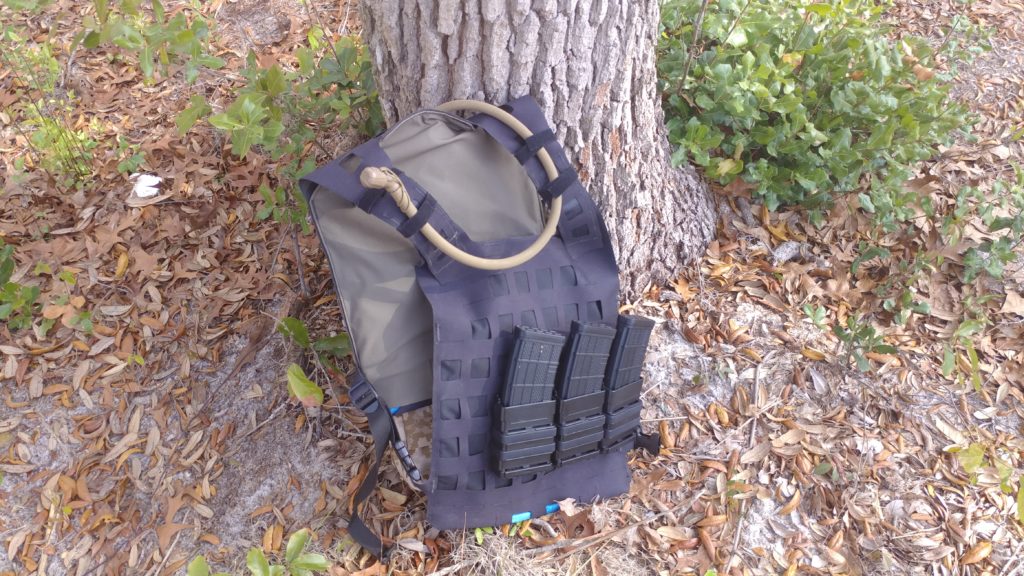 Some situations don’t require three days of food and water. The T3 Assault Backpack is designed for those days. I’ve found it perfectly capable of holding more than enough gear for a day long or overnight op. It’s got plenty of room for water, an MRE or two, and all the mission essential gear the modern warfighter needs. At the same time, it’s lightweight, compact, and quite convenient to carry.

It’s important to know this pack is designed to be strapped to a plate carrier or similar MOLLE platform. This may turn some away, but I absolutely love it. A pack strapped to your shoulders, over your plate carrier has always been a major hassle for me. I’ve never found a comfortable combination of pack and carrier. The pack straps would often limited mobility and the pack itself would sag horribly. 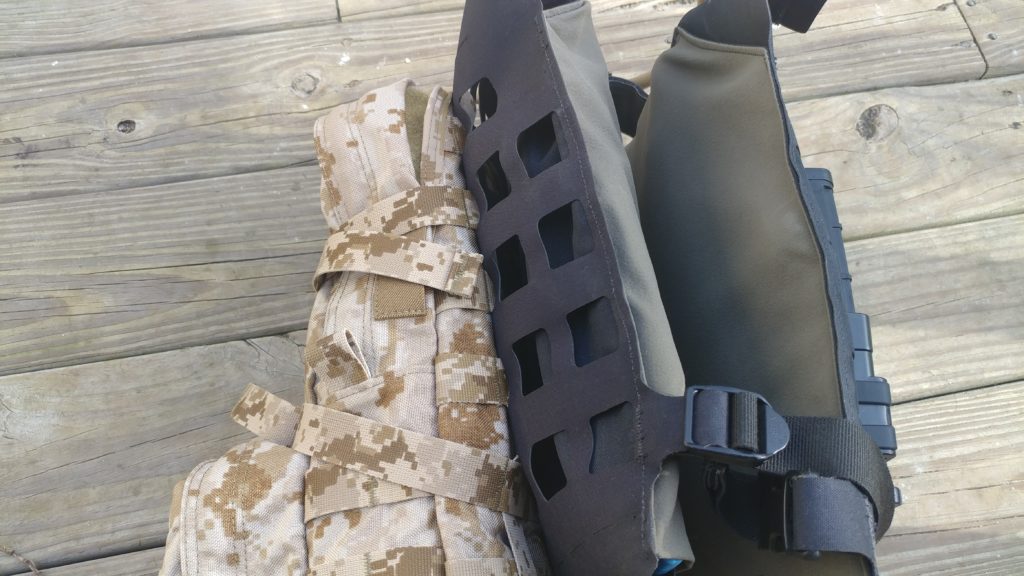 Attaching it directly to the carrier ensures it doesn’t get in your way or sag. I often found a pack with weight in it will toss itself in whatever direction you are moving. When your walking it’s not a big deal. When you are getting lit up by a PKM and diving into a ditch for cover it’s a pain in the ass you have your bag adding to the momentum. 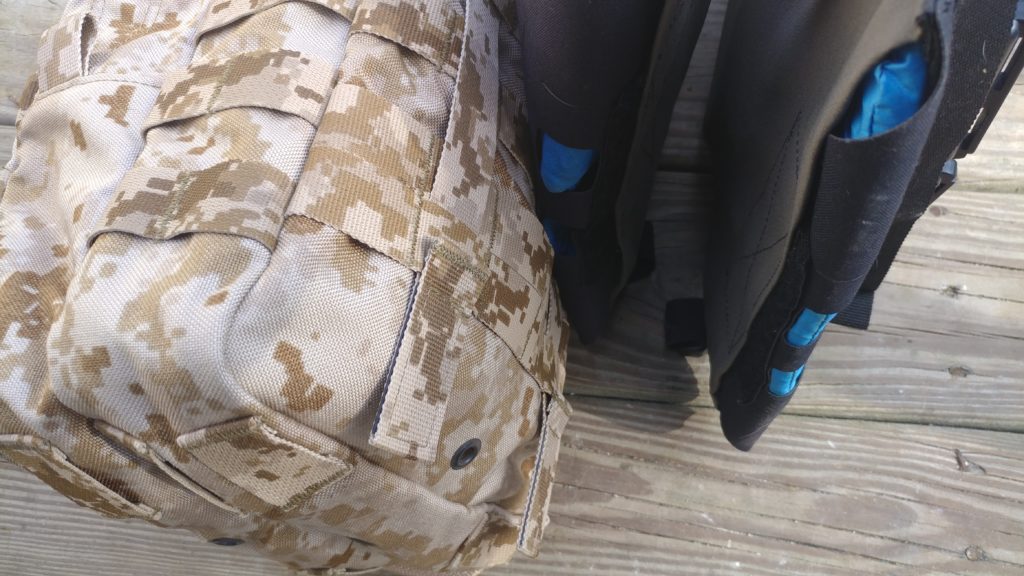 With the T3 Assault Backpack strapped to my plate carrier, it moves with me, not against me. There are downsides, like to access stuff in the pack I may need a buddy or to dump the load. Let’s be honest no one is wearing a plate carrier and working a dangerous job alone.

The old man in the Legend of Zelda had it right, “It’s dangerous to go it alone.”

In my T3 Assault Backpack, I loaded in a 100 ounces of water, an MRE, a BFG TKN micro, an extra RATS tourniquet, a Pelican case loaded with fire making supplies and water purification drops, a spare pair of socks, and a mini tactical sight exploitation kit. On top of that my Crate Club Survival hatchet (1 of 8500) fits, and I strapped the ESEE Libertariat machete to the side.

I could meet and greet most situations with this kit. If I was back in Afghan Land I’d have likely strapped another belt of 7.62 and a few smoke grenades as well. There is plenty of room the pack for those mission essentials for day to day use. 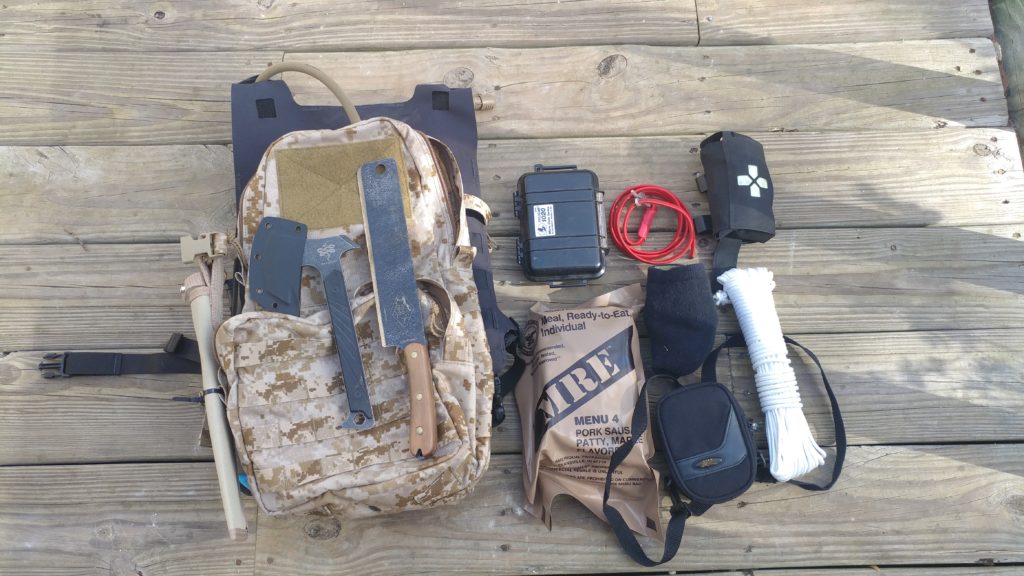 The pack is divided into two pockets. The pocket with the bladder and a smaller external pocket. The bladder is held in place via mesh compartment and stays separated from most of your gear.

The T3 Assault Backpack can carry a wide variety of different kits. For police, it could be packed with medical supplies, spare cuffs, ammunition, flares, and other emergency gear. Let’s not forget hydrate or die and a 100 ounces of water is enough to get you through the longest of days. 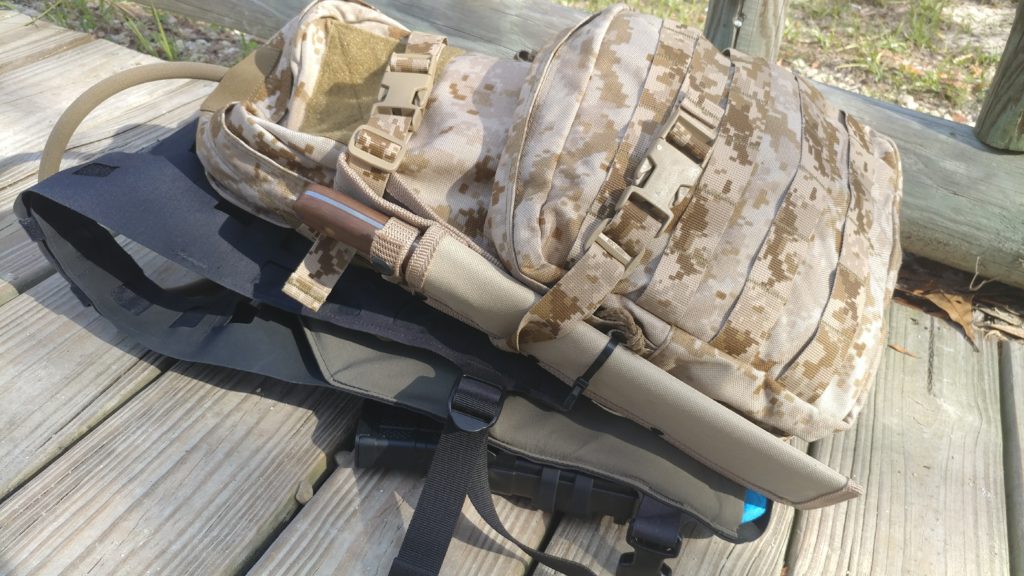 T3 doesn’t mess around with making crap. They live in the middle of SEAL land and they wouldn’t get far making Chinesium grade tactical gear. The T3 Assault Backpack is made from 500 weight solution dyed Cordura. This material will soften a bit with use but remains strong and durable. This material is strong, but light. The pack itself weighs only 1.44 pounds. Most of the pack is hit with reverse stitching for enhanced durability.

T3 makes premium gear at a premium price. This is for warfighters, by warfighters. It’s not your Airsoft grade pack. It’s designed to be beat up, tossed around, bumped off walls, and on a long enough day used as a pillow.