This article was brought to you by Ares Gear, makers of the Ranger Belt and the Aegis belt and HQ of some of the nicest fellas in Columbus, OH.

I have a question for you about combat experience, and how important it is for someone who is aiming to become a self defence/firearm instructor?

I’m 31 years old and live in South Africa. I’ve been practicing Krav Maga and firearm training for about 2 ½ years and spent about the same amount of time trying to get my fitness level from “Desk Jockey” to “Combat fit”. I’ve never been in any of the armed services or police force, and have no actual combat experience. I’m a bit too young and missed our armed forces’ “hey day” by about a decade.

With the possible exception of police reserves, any branch of the armed services is not really an option for me, unfortunately. I’m too old and my skin tone is the wrong colour to get anywhere in a government career.

I feel like the lack of combat experience would also be a negative for potential students, is there any way around this?

Thank you for your time, sir. I appreciate any feedback you could send my way. 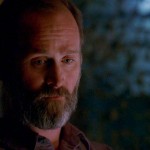 Greetings from America. Super question. I graduated from SEAL training in 1992. I did not get to a “war” until 1996. I put “war” like this because it was Bosnia. By 1996, it was safer than Chicago is today. It was not until 2003 that I went to Afghanistan for the first time. There were many years of relative peace and great frustration in between.

The point being, even though I had not been to combat for the first fours years or so of being a SEAL, I still considered myself a warrior. I was a warrior because that is what I had dedicated my life to being. I trained as hard as I could, as much as I could, so that if I was ever fortunate enough to go to combat, I would be as prepared as possible.

You will never have the street cred of someone who has been in combat until you go to combat and even then there are so many different levels. You cannot change that unless you do join the military services and it sounds like that is not a super option.

So, train as hard as you can with the best people you can. Focus your energy into being a warrior, not pretending to be one. Don’t worry about the BS you read in books and see in movies. If you are trained, motivated, and more important, not a buffoon, you will do well in about any circumstance.

If you decide to teach, never, ever even remotely consider pretending like you were in the service or served in combat. If you do that, you are a piece of shit.

Be the professional. Be the best that you can. Your students will see this and more importantly you will know that you Are warrior.

Do you want to Ask a Frogman? Ask-a-Frogman@breachbangclear.com.

As you may recall (read it again here if you don’t) retired NSW Senior Chief DVO is running an ongoing advice column for everyone from the lovelorn and people considering a military career to teenagers who aren’t sure how to ask that girl to the prom. If you have a question for the Senior Chief, e-mail it to: Ask-a-Frogman@BreachBangClear.com. Serious questions only please, and don’t be embarrassed to get personal. We won’t publish last names, etc. if you don’t want us to. No window-lickers or entitled solipsists need bother writing in. Your question does not have to be about you personal. Ask on behalf of a youngster if you’d like. Remember, this is the Year of Mentoring.

Ares Gear is a member of Joint Task Force Awesome. Founded a few years ago by Ohio Army national Guard veteran Jake Sebens, they’ve been building belts since 2006 (when he built his first belt while deployed to Kosovo). Use coupon code BREACHBANGCLEAR1Q16 to receive 15% off any order placed through the end of March; read more below. 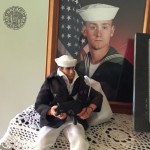 About Your Advice Columnist: This article was not written in the grand tradition of Dear Abby, Dr. Laura or even Clark, nossir. Derrick Van Orden is a retired Senior Chief and combat veteran who spent 26 years in the Navy, the majority of them in NSW [Naval Special Warfare], the SEAL Teams. A vastly experienced SOF sailor and Corpsman, he has conducted missions around the world, including multiple tours in Iraq and Afghanistan. He has served in every United States military Combatant Command (COCOM) as a SEAL including in the European Command as a Joint Commissioned Observer (JCO) under the NATO Stabilization Force (SFOR) in the former Yugoslavia during the Bosnian War, U.S. Southern Command, U.S. Pacific Command, U.S. Africa Command, and with U.S. Central Command for multiple tours in both Afghanistan and Iraq.

He is a founding member of the organization responsible for training West Coast SEALs for combat where he was instrumental in the development of both the Land Warfare and Special Reconnaissance curriculums that are now the foundations for the advanced training SEALs receive prior to deployment. He has served as the Senior Enlisted Leader (Troop Chief) for a 120+ Task Unit deployed to Afghanistan and Iraq simultaneously, the lead contingency operations planner for all Special Operations Forces in Europe, and the senior SEAL career specialist responsible for shaping the SEAL force to meet the challenges of a constantly changing world. Van Orden is the author of the best selling book: Book of Man: a Navy SEALs Guide to the Lost Art of Manhood and the star of the hit movie Act of Valor (you may remember him as Senior Chief Otto). And he’s a great dancer. On Facebook at sealbookofman. On Twitter: @sealbookofman. 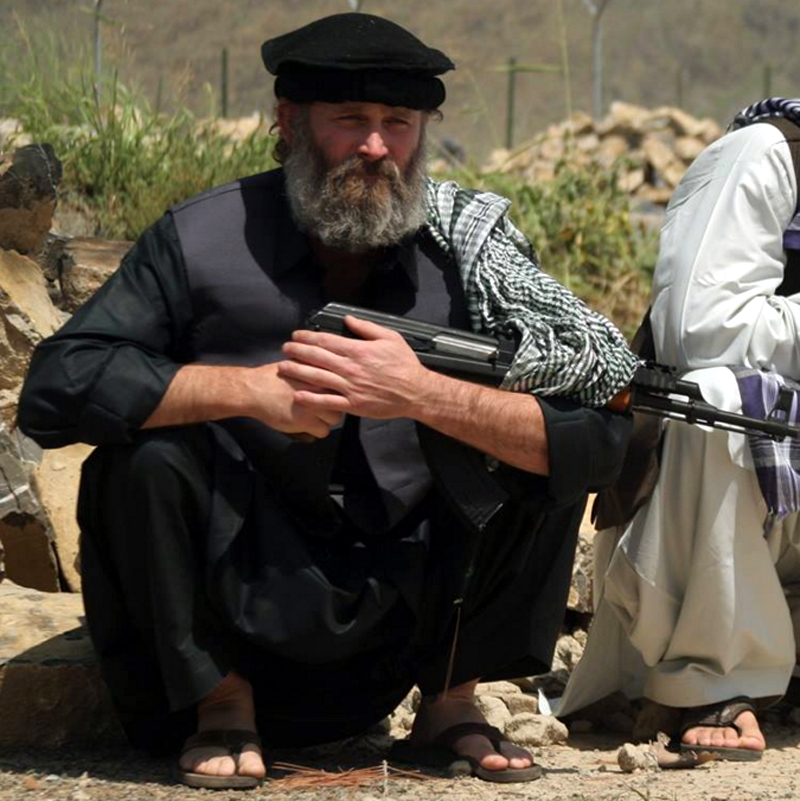 Find Ares Gear online here, on Facebook here and on Instagram here (@aresgear_inc). Use coupon code BREACHBANGCLEAR1Q16 to receive 15% off any order placed through the end of March, including a belt. The first Ares Gear belts were rigger’s belts, handbuilt by founder Jake Sebens (picture below with Lily a few years back) while he was deployed to Kosovo with D Co. 1-148 Infantry. The first Ranger belts were made around the same time, because he wanted to make a stiff 1.5 in. belt with a Cobra buckle and AustriAlpin did not (at that time) make a 1.5 in. Cobra buckle; says Jake, “The Ranger was my way of utilizing a 1 in. buckle on a 1.5 in. belt and was intended as a modernization of the old-school leather Ranger belt as originally designed and worn by the Texas Rangers. If you’re thinking about wooing Jake or asking him on a man date, you should know he occasionally smokes a pipe, enjoys a dark Maduro cigar somewhat less often and would drink Great Lakes Christmas Ale year-round if they’d only sell it thataway. 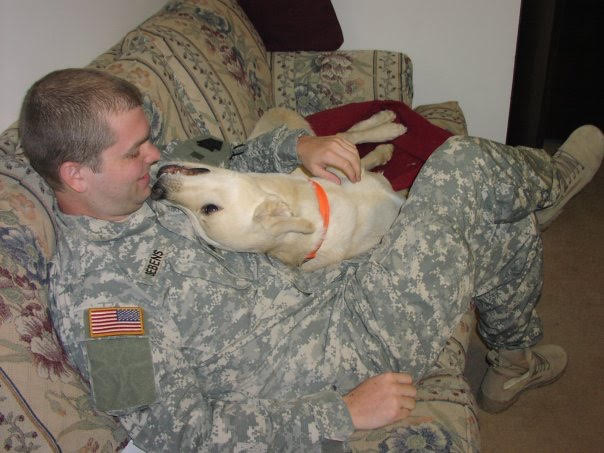 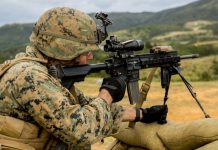 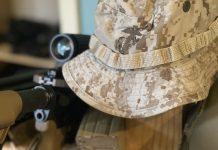