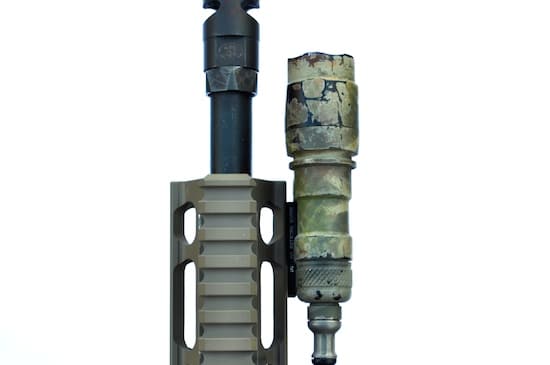 If you don’t have a light, how else are you supposed to go stripper spelunking? (okay, NODs… you got us there). This one isn’t about illumination tools themselves (or “torches” for you non-American English speakers) but how you secure them to your boomsticks. There’s a sex joke in that last one someplace, believe us. Mad Duo 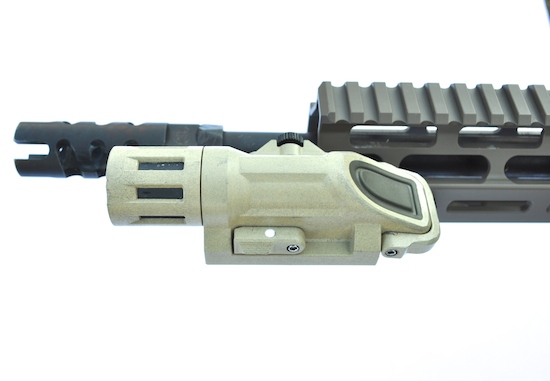 A few months back we stumbled upon a small machine shop in northwest Oregon. Arson Machine Co. is mighty proud of their Pacific Northwest roots, and more so of their attention to detail. The company has created a series of modular weapon light mounts, each crafted with extreme precision. Arson Machine looked at what others are doing and figured they could do it lighter, stronger and more adaptable. 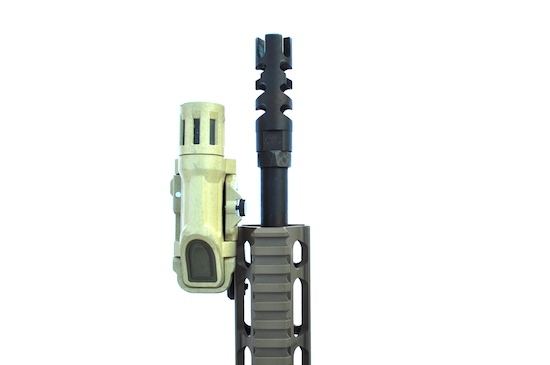 Leaving themselves plenty of room design-wise, their mounting system allows the user to reconfigure the setup based on changing shooting styles, forearm systems or advances in weapon light design.  The company has some pretty innovative and just plain cool designs, and we appreciate the crew’s snarky sense of humor. We would go as far as to say they have some of the most entertaining product descriptions we have read.

Arson makes mounting solutions that fit most of the forearm systems currently on the market. With their attachment adapters, you can set up your M-LOK, MOE, Keymod, Troy or Beretta forearm with whichever light you prefer. Over the last few months we’ve had some minions use their system on a variety of rifles, as well as their preproduction sling swivel mount. The examples we have are M-LOK-compatible, but this applies to other attachment methods. The M-LOK host plate attaches to the forearm with two murdered-out (young people slang for “all black”) stainless steel screws. The screws are tapered and the mount is chamfered to be very low profile and snag-free. From the base, you choose which attachment you wish to use. A short section of picatinny rail, either three slots (1.4” long) or five slots (2.2” long) can be attached for an inline positioning of the weapon light. 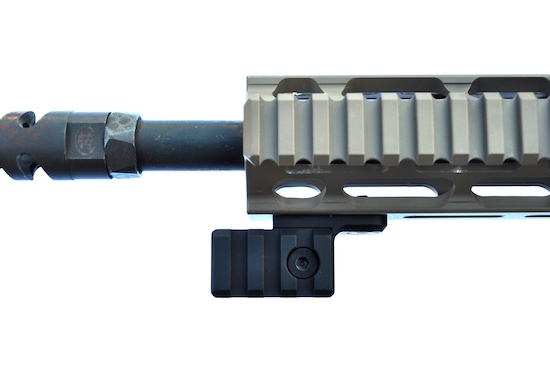 Alternatively, and probably preferably, you can use their offset light mount adapter, which includes one section (your choice) of the picatinny rail adapters. The offset adapter allows you position the light at the 11 O’clock or 1 O’clock positions, although you can flip it around to use it at the 5 or 7 O’clock positions like it’s still 2004. The offset mount gives enough clearance for the Inforce WML series of lights to clear the forearm, as well as most other common long gun lights. 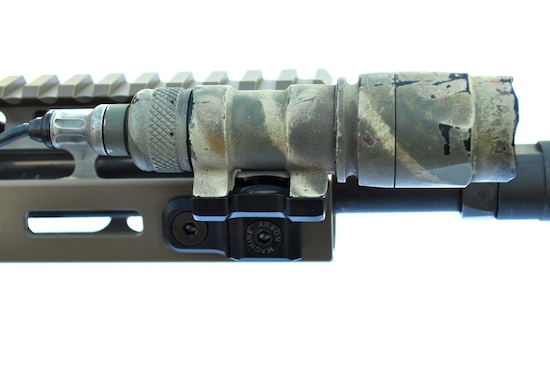 Since the mount is ambidextrous and user configurable, you can choose the system that properly fits your needs. If you run a dedicated Surefire Scout light, then you should select this mount. Arson Machine’s Scout mount allows you to remove the factory rail grabber mount, and in its place use two small screws to bolt the light directly. This adapter is also offset, allowing clearance for 12 o’clock mounted lasers such as a DBAL or PEQ. During our evaluation, this setup proved to be a minion favorite. Lastly the company makes a 1” Ring Mount, for those that want a cost-effective means of illumination, or simply prefer this style of setup. 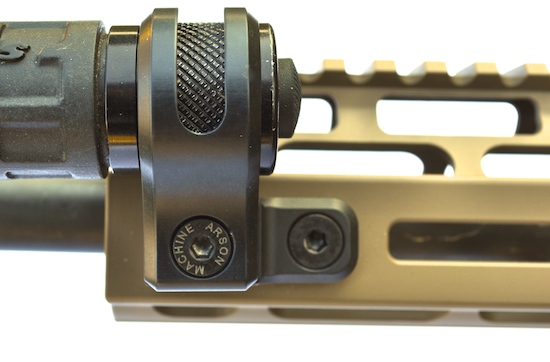 The handheld light slips into the ring body, and is tightened into the locked position when you mount the system to the forearm. At first we didn’t like this setup, until we realized how easy it is to fine tune the position of the light 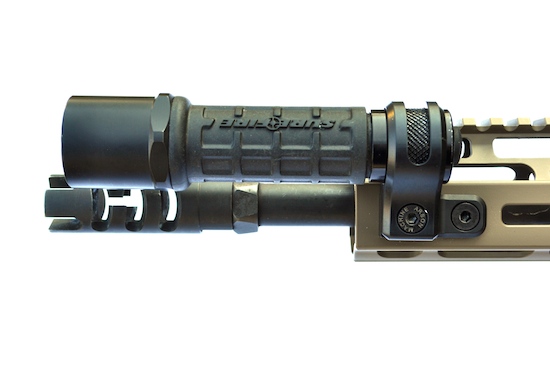 We like the deep, uniform, anodized finish on all the parts, and the subtle laser etching on the mounting screws is a nice touch. The CNC machined parts fit snug with zero play when configured, and quality resounds throughout. 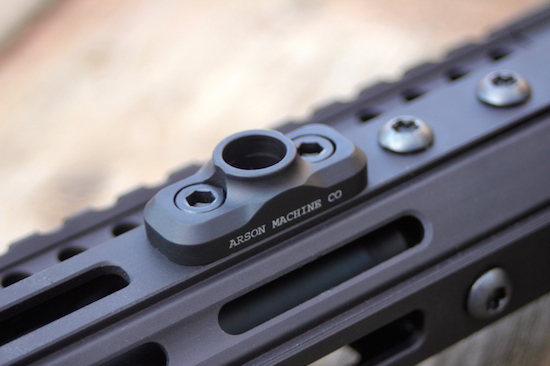 Arson Machine Co also produces a series of quick detach sling swivel mounts for Keymod and M-LOK. Made from solid piece of domestically produced 6061-T6 aluminum, they are also Type III hard anodized black. Their M-LOK QD Sling Mount also uses genuine M-LOK T-nuts from Magpul, while the Keymod uses its own propriety hardware. Both types have been carefully machined with 4 lobe anti-rotation positions in the swivel socket, keeping your sling from becoming a tangled mess. The preproduction sample only takes up one M-LOK slot, and fit the commonplace Blue Force Gear sling swivels. It works well, and is barely noticeable when running your blaster without the sling attached.

We like the products produced by Arson Machine, and think they’re a great value for the money. The little things like laser etching and blacked out stainless show attention to quality and detail. We like that the screws all use common SAE sizing, and that a replacement for a lost one is just a quick hardware store trip away. The fully ambidextrous designs and versatility are a big plus, and ensure that future product will be compatible with the base. We wish they had more color choices, as you are stuck with basic black or right now. Will this mount save you money and hassle if change your light setup? Absolutely.

See more at the Source Article from http://www.breachbangclear.com/arson-machine-co/