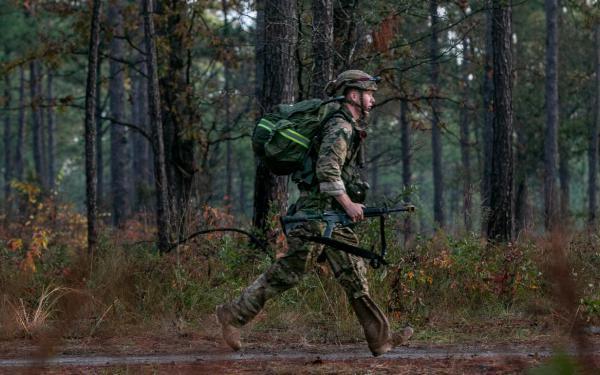 In an attempt to improve the soldiers’ well-being and effectiveness the U.S. Army is testing prototypes for its new Army Combat Boot (ACB). The U.S. Army Research, Development, and Engineering Command (RDECOM) Soldier Center settled on a number of prototypes. Over the span of the next four months, the Army will issue them to recruits undergoing Basic Recruit Training (BCT) and soldiers in combat units. Then soldiers provide crucial feedback for the development process.

Discussing the process, Anita Perkins, a footwear research engineer and technical lead for the new ACB with the RDECOM Soldier Center, said “Great strides have been made recently in the Army’s environment specific footwear, for jungle, mountain, or cold weather locations, but there is substantial room for improvement in the general purpose boots which are issued to new recruits.”

Currently, the Army has seven different combat boots, each designed for various climates and environments. Recruits are first issued Hot Weather and Temperate Weather Army Combat Boots. Other styles are for jungle, mountain, or cold-weather battlefields. But despite the numerous choices, soldiers are still unsatisfied by the quality and increasing turn toward commercial brands. A survey conducted by the Army–featuring responses from close to 15,000 participants–revealed nearly 50 percent of soldiers opt to individually purchase and wear commercial-made combat boots (COTS) instead of the service-issued combat boots.

“Many soldiers reported choosing combat boots from the commercial market because the COTS boots are lighter, more flexible, require less break-in time, and feel more like athletic shoes than traditional combat boots or work boots,” added Perkins. “Unfortunately, these characteristics often come at the cost of durability and protection.”

Consequently, in an attempt to bridge the difference between the soldiers’ wants and the Army’s designs, the research team is experimenting with new types of rubber; as well as outsole patterns that are more than 30 percent lighter than those in current combat boots.

“The development of new boots take advantage of the latest materials technology, and are functional and comfortable, is critical to ensuring that our soldiers are ready to fight and win in any environment,” said Doug Tamilio, director of the RDECOM Soldier Center. “Soldiers are the Army’s greatest asset, and we owe it to them to make them more lethal to win our nation’s wars.”

In a military context, good boots are everything. They’re the lifeline of a warfighter. They can make the difference between mission success or failure, especially when the mission spans over multiple days.