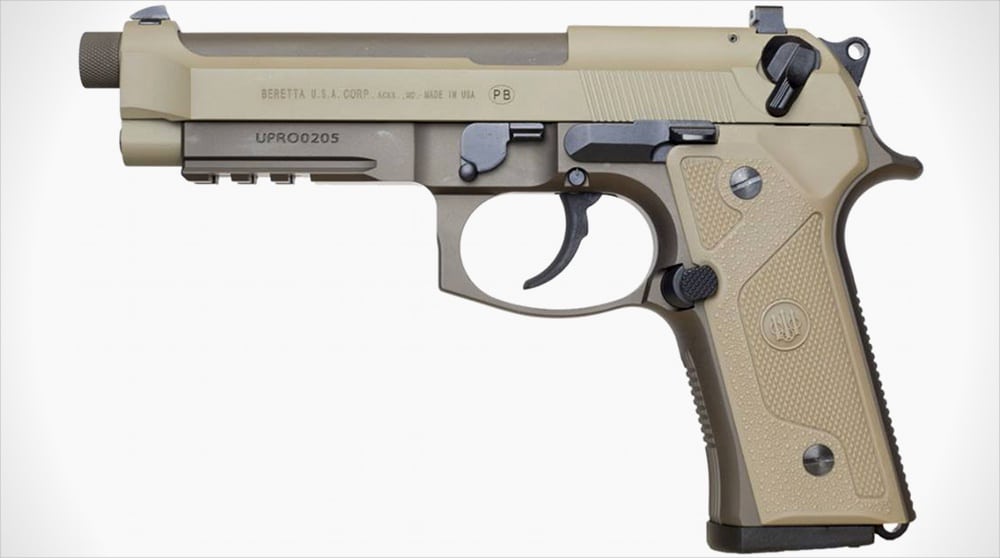 The U.S. Army has declined to evaluate the Beretta M9A3, an updated, heavily-modified variant of the M9 and M9A1, as a part of the ongoing contract for service pistols. Officials may continue to order M9A1 pistols until they select a new design.

The Army has been using the Beretta M9 since 1985, but the guns are showing their age, so officials are looking for a new standard-issue sidearm. While the Army adopted the M9A1, an updated variant of the M9 introduced in 2006, maintenance costs are pushing the Army to look for something more modern and more affordable.

In cooperation with the Air Force, the Army started the Modular Handgun System project in 2013 to evaluate possible replacements for the M9 series and select a new service pistol that has more features and addresses the shortcomings identified with the basic M9 design.

In the meanwhile the Army has an open contract with Beretta for M9A1s to stock armories as necessary. In a bid to extend that contract, Beretta developed the M9A3, which sports many of the features the Army is looking for at a lower price per unit than their current M9A1 contract is set at.

Despite the listed improvements and lower price, the Army will not be looking at the M9A3 to finish out the current contract with Beretta, the Military Times reports.

De Plano explained that Beretta could supply the military with M9A3 pistols for “hundreds of millions” of dollars less than the cost of the MHS program, and pointed out they could at least roll out the M9A3 side-by-side with whichever future pistol the Army selects to finish out their contract with Beretta.

At the very least, it would save the Army some money and provide soldiers with a substantially improved version of the sidearm they are already familiar with.

Beretta plans to unveil the M9A3 later this month at an annual trade show in Las Vegas. The pistol will be offered on the commercial market summer 2015 and while the Army might not bite on the new gun, it’s sure to see success with Beretta fans here and abroad.

The main complaints about the M9 and to a lesser degree the M9A1 include a large grip that’s too big for medium- to small-handed shooters, an open slide design susceptible to dust and debris — a serious issue in desert climates — and a slide-mounted safety that can unintentionally be engaged when manipulating the slide.

While the M9A3 continues to use the open slide design, it has a redesigned grip based on the Vertec variant for small hands that can be sized up with wrap-around grip panels. It has factory replaceable night sights and features an optional decocker instead of a safety.

The M9A3 incorporates modern metallurgy for a longer service life with less maintenance required and a reduced chance of stressed part failure. It also has a new three-tone desert-hued finish that blends brown, tan and black components.

These improvements will no doubt make the pistol popular with individual users as well as departments and law enforcement agencies but were not enough to draw the Army into an evaluations.

Instead, soldiers will have to wait for the MHS to come to its conclusion before they are issued a more modern sidearm, slated to deliver new pistols in 2017.

The Modular Handgun System calls for a pistol with a closed slide design and a modular grip system that can accommodate all hand sizes. The MHS is also evaluating handguns chambered for calibers other than 9mm NATO, including .40 S&W and .45 ACP. 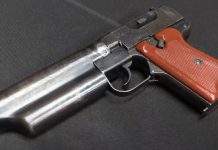