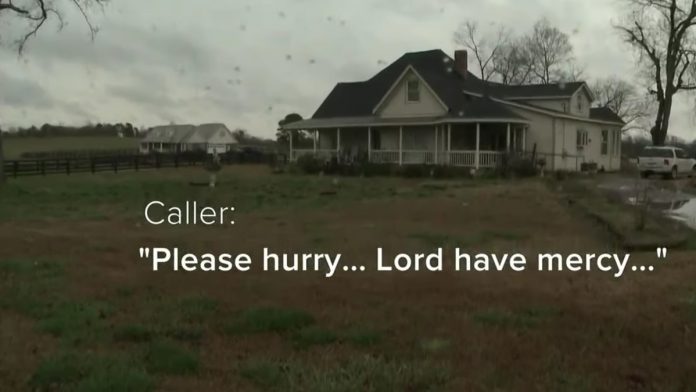 A woman in rural Jackson County, Georgia last week spent nearly 10 minutes on the phone with a 911 dispatcher as a burglar was ransacking her home. Armed with a gun, the unidentified 79-year-old alternated between whispering a play-by-play of the events to the dispatcher and warning the man away from her.

“I’m waitin’ on ya’, come on!” she shouted. “When you come down those stairs I’m gonna blow your damn brains out!” Then, during the encounter, she fired two shots towards the man, now identified as 20-year-old Hans Rogers of Dallas, Georgia, but did not injure him.

When officers finally made it on-scene, they found Rogers upstairs hiding in a closet. After his arrest, he was charged with burglary, home invasion, and criminal trespassing.

“She didn’t allow herself to become a victim,” the woman’s daughter told 11 Alive. “My mother’s a very strong woman. I know where I get my strength from, now. As a matter of fact, I think she’s a little stronger.”