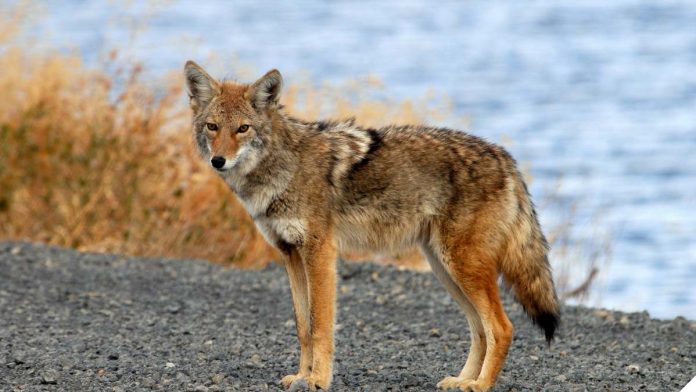 Contests to hunt varmints and predators such as coyotes could soon come to an end in Arizona. (Photo: U.S. Fish & Wildlife Service)

Arizona conservation officials are moving to join other states in an effort backed by anti-hunting groups to ban predator hunting contests. The Arizona Game and Fish Commission last week voted 4-0 to approve a proposed rule that, if given a final green light by the if the Governor’s Regulatory Review Council, would outlaw a variety of predator or fur-bearing animal hunting contests.

The rule, first proposed in March, would define a “contest” as any sort of competition where participants register or record their entry and pay a fee to enter an organized hunt, and prizes are awarded to successful hunters. The move would lower the boom on contests organized by clubs in the state that take aim at predators and varmints ranging from coyotes, bobcats, foxes, and skunks to weasels, raccoons, beavers, badgers, ringtail cats, muskrats, otters and bobcats.

Kurt Davis, a Commission member, said the rule came after public pressure which could possibly undermine the wider sport of hunting itself in the state. “Regulated hunting fundamentally supports wildlife conservation efforts in North America,” he said in a statement. “The loss of hunting would equate to a measurable loss in conservation efforts and would represent a failure of the Commission to fulfill its duty to conserve wildlife for the beneficial use of current and future generations.”

An engine behind the social concerns over the contest, pushing public comments to the Commission, comes from anti-hunting advocacy groups, such as California-based Project Coyote and the Washington, D.C. based Humane Society of the United States, who have campaigned nationwide to end formally organized and publicized predator and varmint hunts.

HSUS President and CEO Kitty Block called the news from Arizona a “wonderful development” going on to say that, “tens of thousands of animals will be spared needless suffering and death in the future, and we’ll be the better for it.”

The Arizona Game and Fish Department said that coyotes in the state typically average about 20 pounds but can grow as large as 35. Describing them as “Arizona’s most common predator,” the agency said coyotes prey on pronghorn and deer fawns in the wild while in urban areas pets such as domestic cats, and small dogs are sometimes on the menu. Hunters in the state typically take between 30,000 and 40,000 coyotes a year.

The rule now must be approved by Arizona Gov. Doug Ducey’s review council and, should that body concur, would become effective Jan. 1, 2020. So far, groups like HSUS have been successful in obtaining coyote contests in California, New Mexico, and Vermont while lawmakers in Oregon and Wisconsin have considered such a prohibition.

The nation’s oldest advocacy group for traditional hunting ethics, the Boone & Crockett Club, earlier this year fired back at animal rights organizations who are seeking to protect the nuisance predators. “Allowing coyotes to negatively impact other wildlife and people because of a moral judgment that killing them is wrong is irresponsible,” said Mark Streissguth, chair of the Club’s Hunter and Conservation Ethics Committee. “Coyotes, which are prolific breeders, are expanding their range into more states where conflicts with people and other wildlife are increasing. Their numbers will have to be managed, with or without contests.”