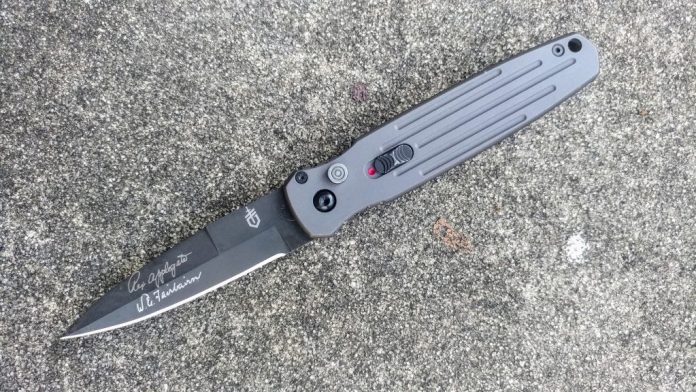 I’m not quite a knife guy. Knife guys can often be a bit like the furries of the tactical world. Even so, I appreciate a good knife and am admittedly a fan of automatic knives. Automatic knives, aka switchblades, are knives designed to open with the press of a button or the push of a switch. Automatic knives dominate popular media and are a sure sign of an experienced knife fighter, right?

John Wick uses a Benchmade Infidel; over time, enough bad guys have used switchblades to establish that they are the baddie. They are cool! The question is, are they worth it? Are they the monstrous weapon film, media, and politicians make them out to be? Most importantly, are they worth your money?

The Appeal Of Automatic Knives

What’s the appeal of automatic knives? There is something very satisfying about pressing a button or pushing a switch and seeing a blade spring to life. The original appeal to these knives back in the day was the ability to open the blade with a single hand. Opening a folding knife took time and effort when automatic knives came to be. 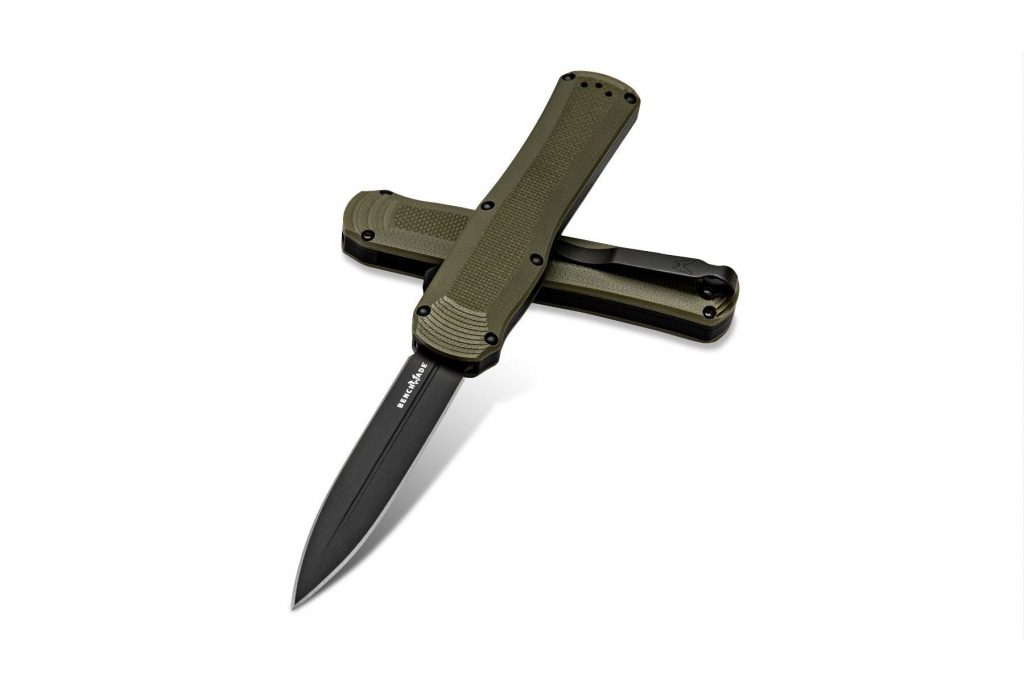 You often had to use your thumbnail to fish the blade out of the handle. These early switchblades sprung to life with ease. They became the best friend of paratroopers in World War 2. If you got stuck in a tree, you could easily open your knife and cut your way out of your parachute rigging.

Out the front, or OTF, knives are seemingly the only safe way to carry a dual-edge blade in a non-fixed blade design. The appeal exists just like the appeal to Cabot 1911s and Beretta over/under shotguns. Some people just want finely tuned, expensive, and very nice knives.

The Downsides of Automatic Knives

Automatic knives seem plenty cool, so what’s the problem? It’s a multifactor answer, and you have to consider the two types of automatic knives. Out the front is exactly how it sounds. The blade comes out of the front of the knife. Witt out-the-side knives, the blade opens like a traditional folder, but with the press of a button rather than a thumb stud.

OTF knives tend to be somewhat fragile. Not like a ceramic vase fragile, but nowhere near as strong or durable as a traditional folding knife. The blades rely on a somewhat complicated mechanism to spring to life made up of several small internal parts. The fragility comes from the lock easily breaking when compared to a traditional knife. 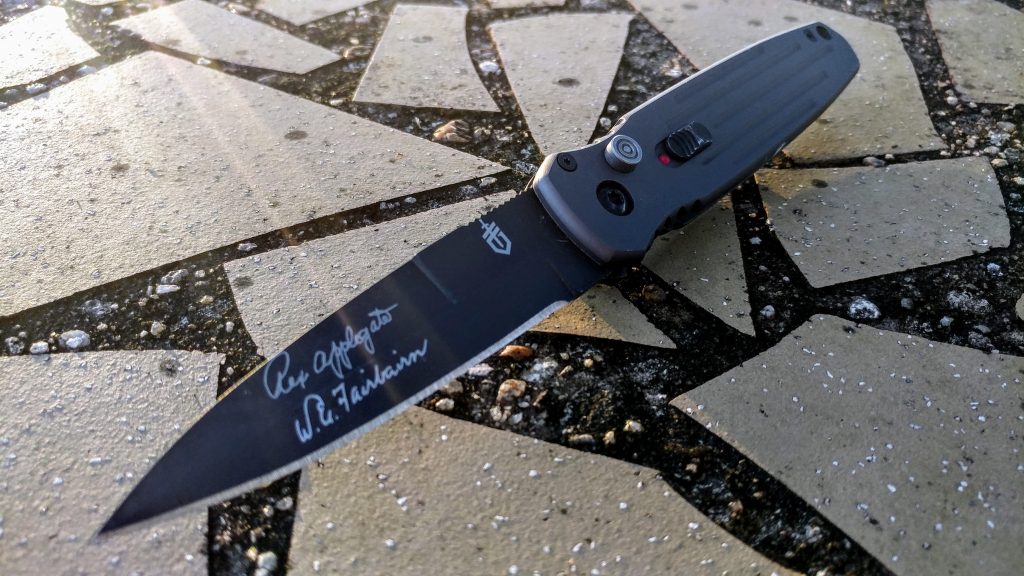 Side opening automatic knives tend to be tough but are still reliant on several small pieces to operate effectively. They are fine for EDC use or self-defense, but a traditional folding knife will likely serve you better for any kind of hardcore work. These knives are more maintenance heavy and more likely to malfunction when exposed to dirt, debris, and similar gunk. More parts, more failure points.

The possibility of the knife opening in your pocket also exists with automatic knives. Some, mainly side folders, do have some form of safety to prevent this from happening. While smart safety-wise, the main purpose of these knives is to be deployed quickly and easily.

Another issue comes from the price point. These knives are expensive, and you are very clearly paying for the knife’s operating system. The Benchmade infidel costs as much as a used Glock 19 and uses a great D2 steel blade. Alternatively, I can purchase a Benchmade Griptilian with a D2 steel blade for less than 150 dollars. 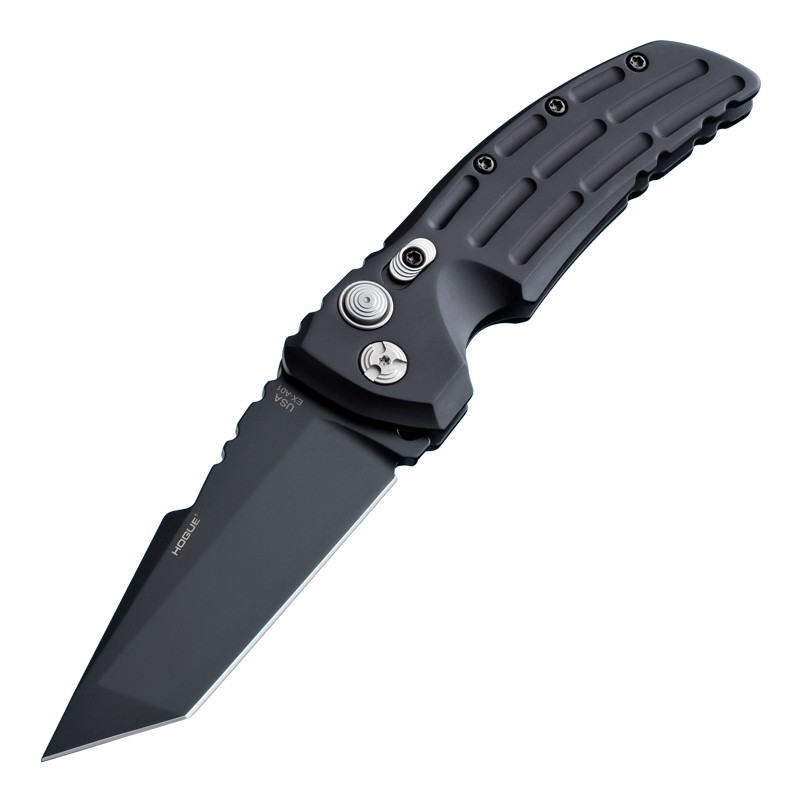 I can open my Benchmade Griptilian just as fast as I can activate my Hogue OTF’s blade. Side folding switchblades tend to be slower than fast flipping knives. This seemingly makes automatic knives somewhat useless for a practical purpose.

That doesn’t mean they aren’t fun. They certainly shouldn’t be outlawed in so many places, either. I can fully accept that automatic knives aren’t that useful, but that doesn’t mean I don’t own half a dozen of them. They can be great fun, but if you only have the funds for one nice knife, I wouldn’t make it an automatic.