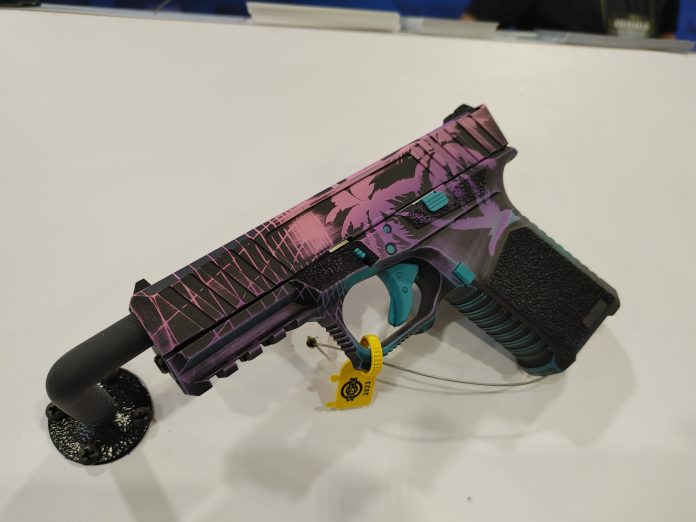 Anderson, a company mostly known for ARs, has gotten into the polymer pistol game. The Kiger 9C series takes the Glock approach to combat pistols and basically cloned the Gen 3 Glock series with a few noticeable changes. The first is some modifications to the frame, which include the removal of the famed finger grooves. Anderson went with a standard Picatinny rail and a very aggressive grip texture. The grip frame seems to be a hair longer to better fit larger hands. It’s just a hair longer and stops my pinky from pinning in the magazine.

The Kiger 9C Gets A Facelift

The Kiger 9C has been out for a bit, but SHOT Show gave Anderson a chance to display several new models of the gun as well as some fancy cerakoted designs. Anderson has optic-ready models, lightened slides, and a few fancy finishes. I asked if the finishes would be available, and the folks at Anderson advised yes. 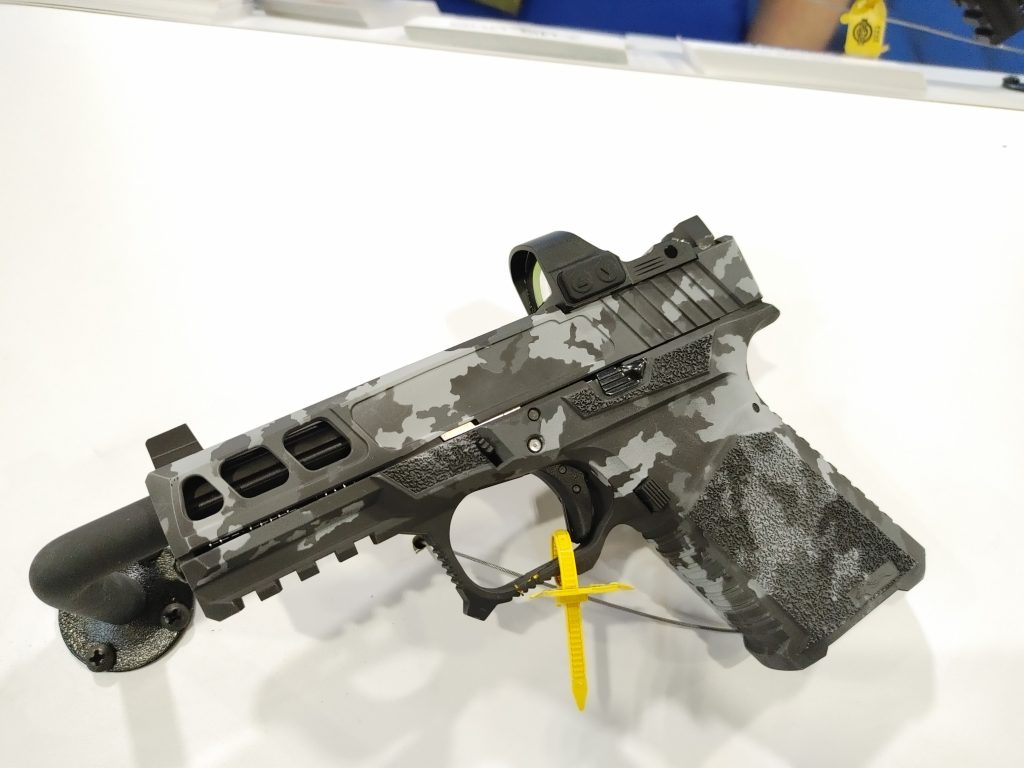 In fact, they were looking to make special editions a regular thing. They would produce maybe one a month or so with a specialized finish. Models shown at SHOT include the Miami Vice model that has got my eye, as well as a specialized camouflage. There was also a Nintendo Zapper design, but I was assured this wouldn’t be produced for the general market. I’m sure that was a relief to Nintendo’s and Anderson’s lawyers. 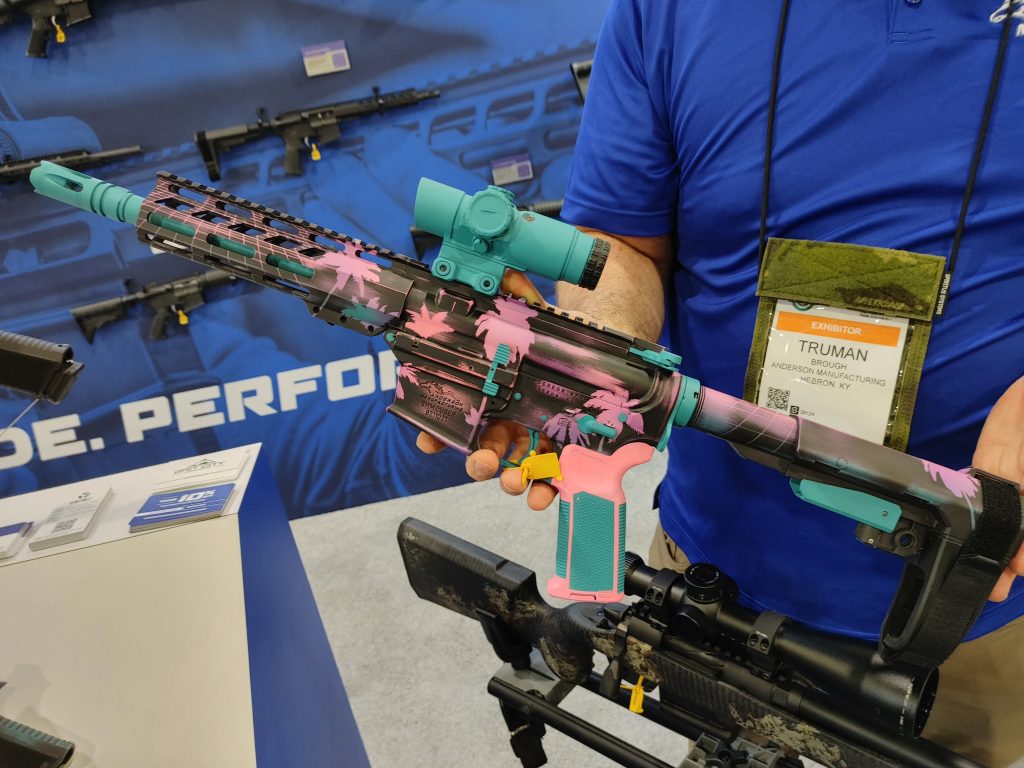 The same folks also advised that shooters may begin seeing special edition receiver sets for their rifles. Either way, who hates a little color? In a world where everything is black and boring, it helps to be different. A lot of companies are making very similar weapons, and Glock clones are quickly becoming kind of like 1911 clones. They are everywhere, and if you want to stand out, you have to do something different. Hats off to Anderson for being a little different.