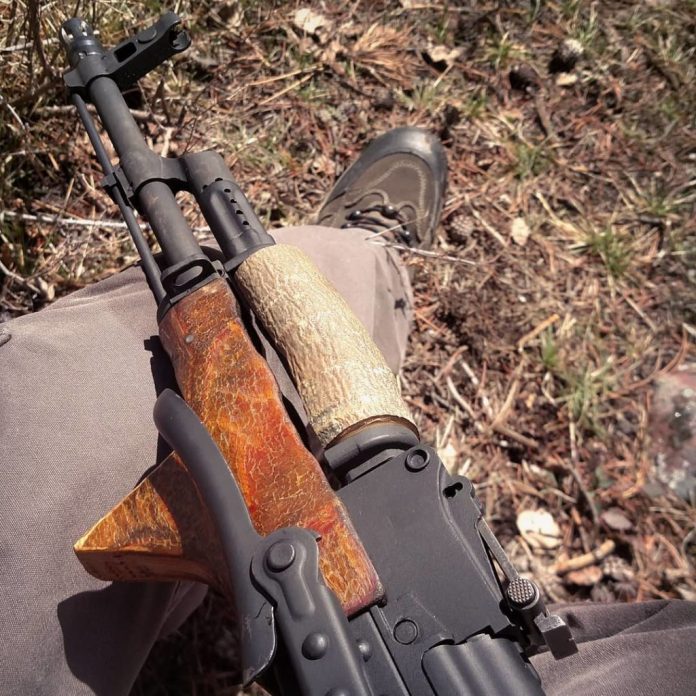 A self-described “Dirtbag with a rifle” has been working on a few Kalshwood projects. Instagram user Kojot39 has been chronicling his work with a Dremel and pieces of aspen/poplar saplings to make AK forends over the past few weeks.

One of his earlier projects was a Romanian Dong-style front grip on an underfolder that looks pretty well finished compared to his more recent stuff. 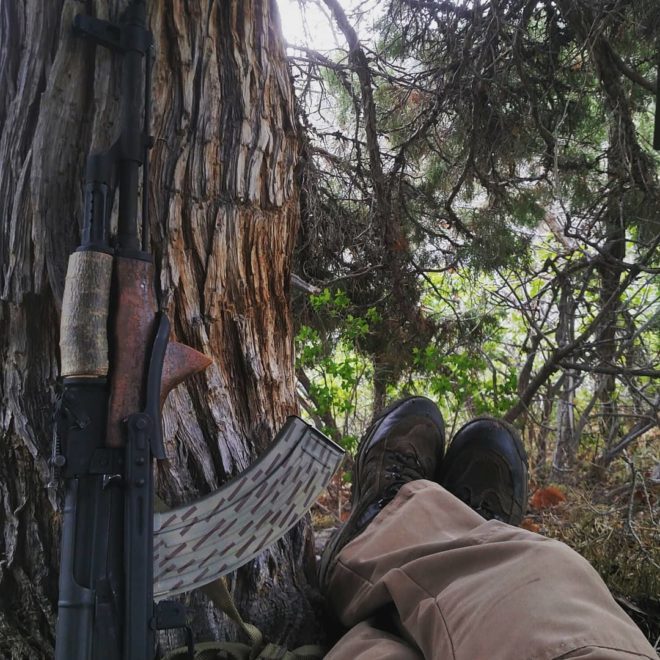 The really primitive stuff, which looks like something you’d expect on a scratch-and-dent Spiker found in some third-world country, is the woodcraft done on his Draco. 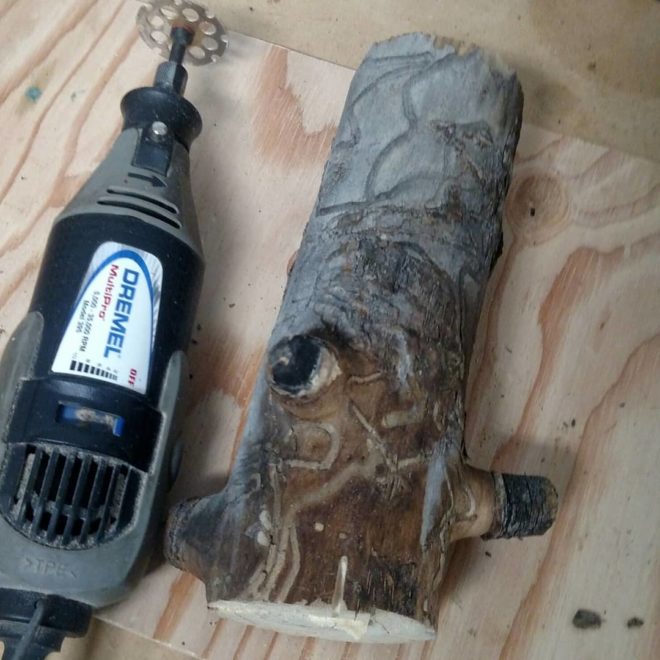 Start with a Dremel and a piece of wood 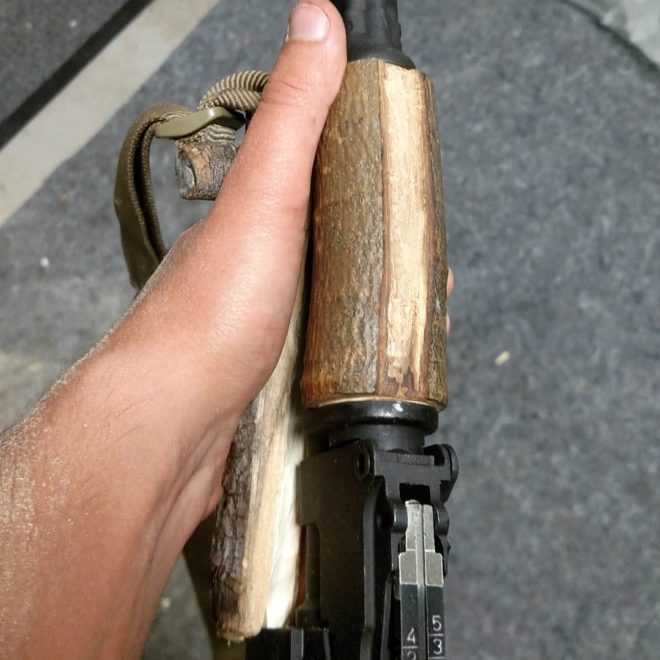 “Fun little project, but it’s not staying,” he said. “Damn thing cracked on me when I using the chisel; I cheated and glued it back together.” 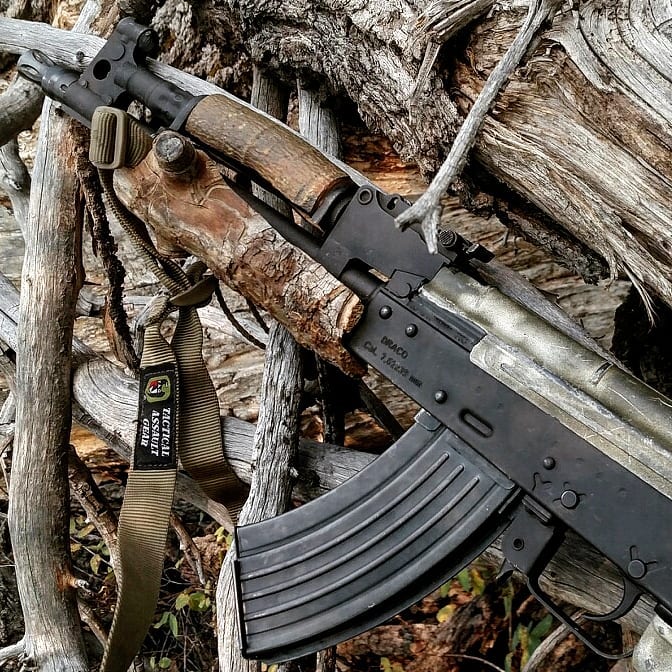 “Overall, the piece of wood was just a tad too big to be a good handguard, and nubs are kinda redundant since I index my thumb off the sling loop. Still ridiculous though, and that was kind of the point.” 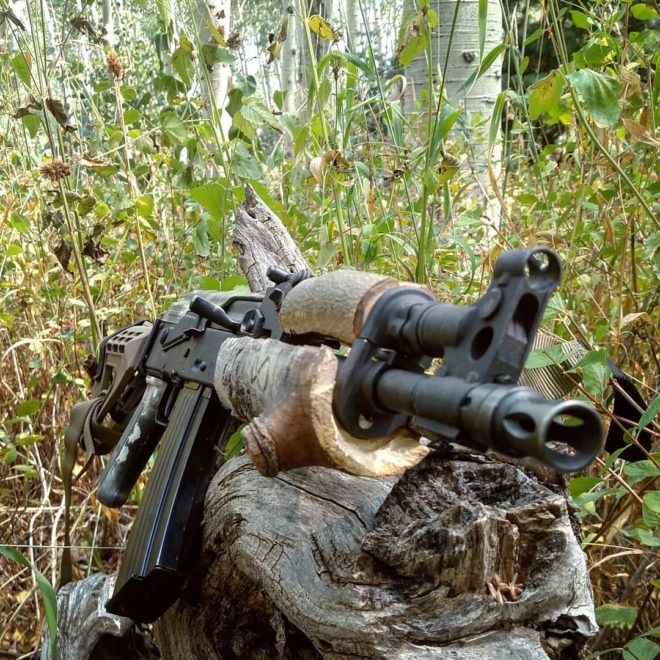 And yes, in typical Kalash fashion, even though it is brutally ugly, it still goes bang when you pull the trigger.