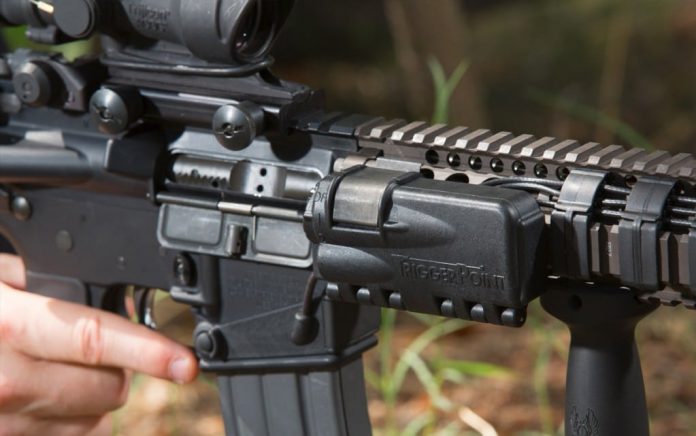 This could also easily be entitled Rampant Stupidity or Tactical Trolling? Part Deux (here’s part one for you to peruse at your leisure). However, at least one part of this concept is sound.

Using a light to make positive ID before shooting is important. But of course, unless you’re duct taping a maglite to your gun, you have to have to way to use it.

There are a number of ways to control your weapon lights, lasers, and other attachments. We’ve got tailcaps with momentary and constant-on features, a variety of pressure switches, and even holsters that activate your lights/lasers upon the draw. The pros and cons of each configuration are subject to debate, especially the “activated upon draw” functionality. 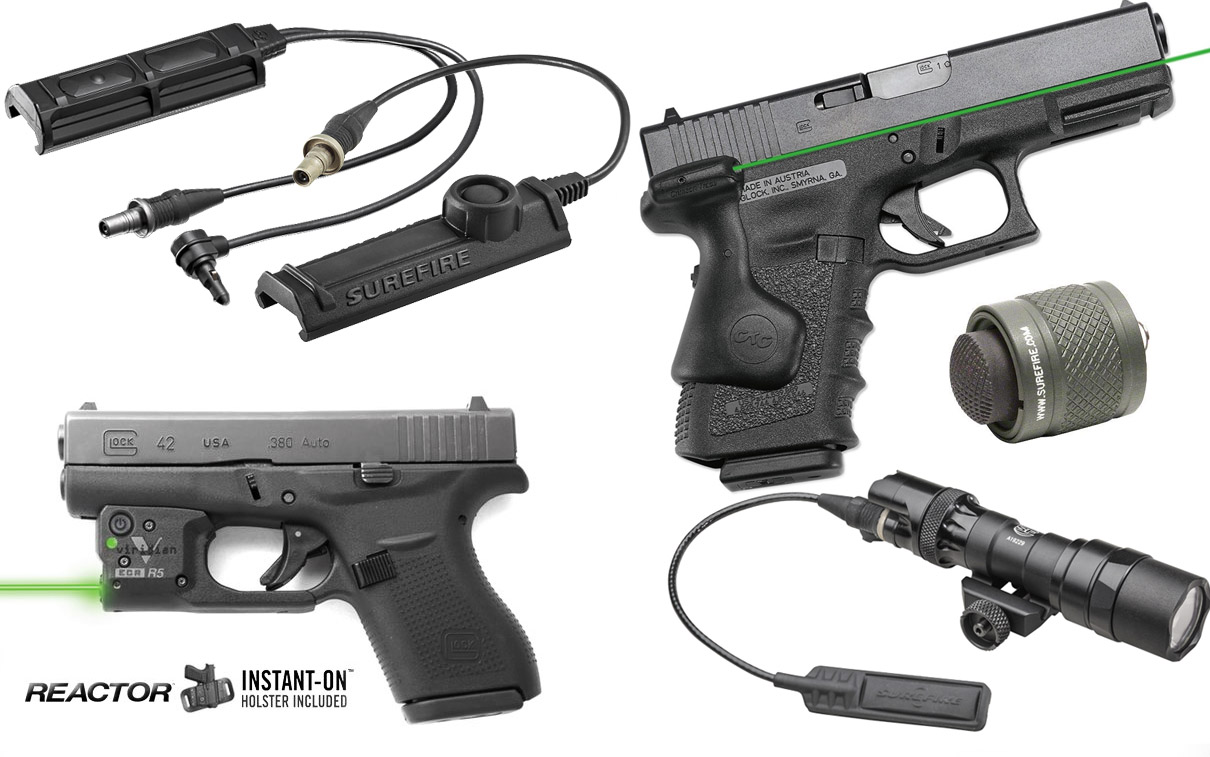 Now if you just have one light, life can be relatively simple. Find a configuration you like, and go. But running more than one device means more than one activation system, or a dual switch. Last year at SHOT Show we saw a collaboration between TNVC and Unity Tactical called the TAPS. It stands for Tactical Augmented Pressure Switch. It’s programmable, has modular leads (for different device compatibility and multiple wire lengths), and attaches to a variety of rifle forend configurations (read more about it here). Though it was supposed to be released last summer, we’ve yet to see it on shelves. 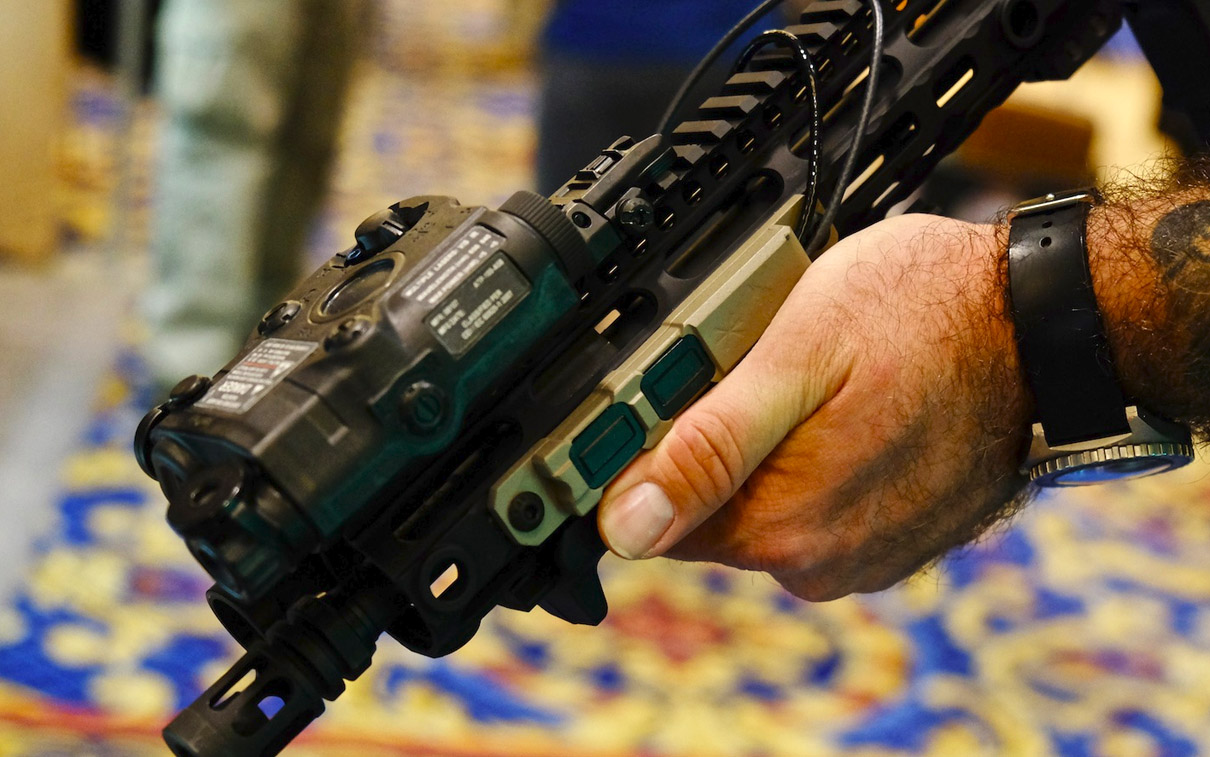 The ability to program output, provided it’s done properly, could be a boon for those running more than one device. Recently we came across a second company offering the same ability. All good, right?

The second company is called TriggerPoint Technology. We’re not sure how long they’ve been around but their homepage seems to have existed since at least 2012. They make a control module called the TRAMM (Tactical Rail Accessory Management Module). You can attach up to four devices and can trigger multiple devices at the same time. There’s a wheel selector on the back. 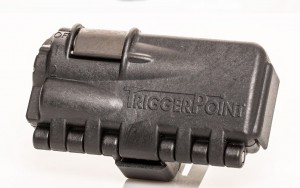 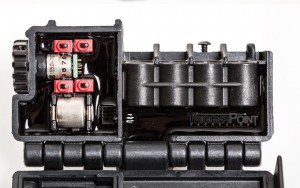 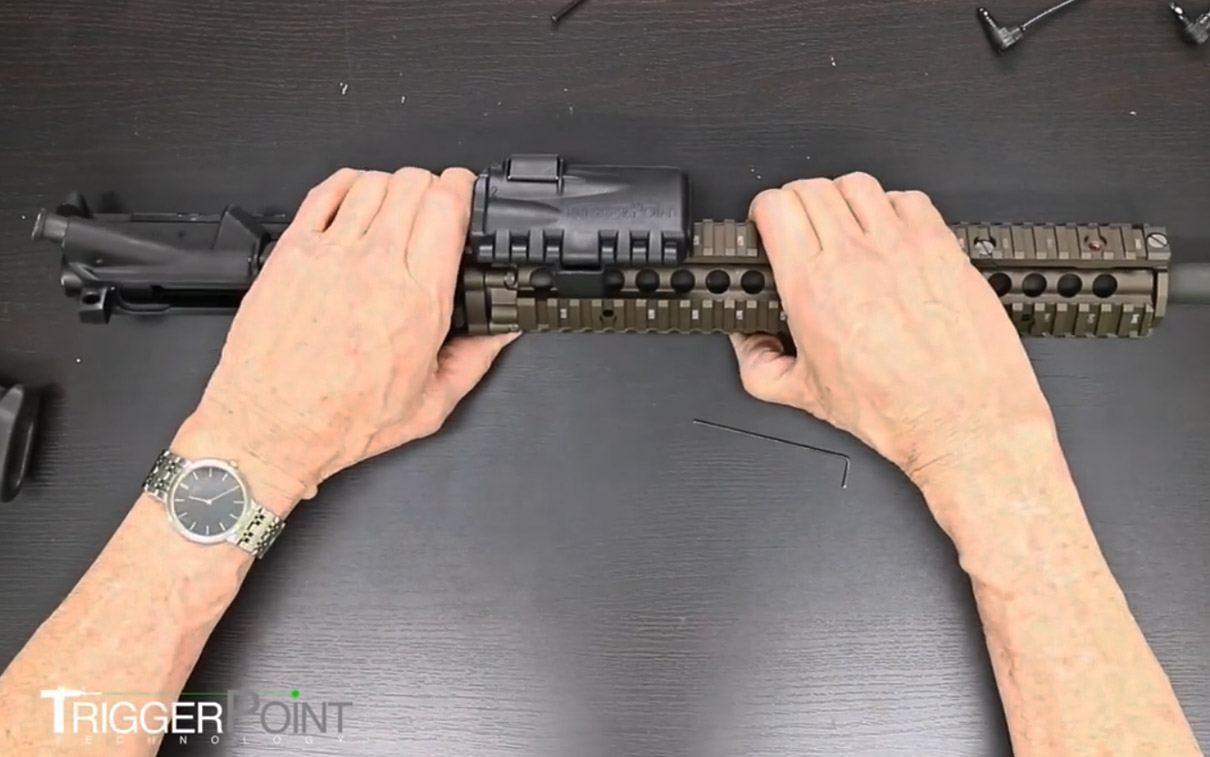 Alright, so it looks like a canoeing dry box attached to your gun. While it lacks a little finesse, that isn’t our main complaint.

There are two ways to activate devices hooked into the TRAMM. The first is this piece that secures to your magwell. 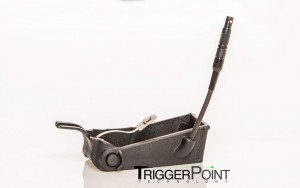 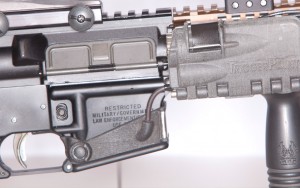 If we just stopped right here, everything would be fine. Not perfect mind you, but a good concept moving forward. And indeed, the ‘TRAMS Basic’ stops at this point. Unfortunately and as usual, we don’t stop here. Here’s the other way it can be activated: 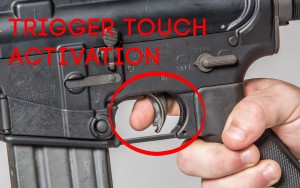 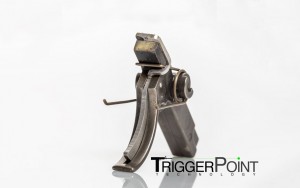 Yes. You put your finger on the trigger. To activate your light. We can’t imagine anything ever going wrong with this one. Oh yeah, apparently there’s also a pistol version. For the M&P no less. But don’t worry, …. nevermind. 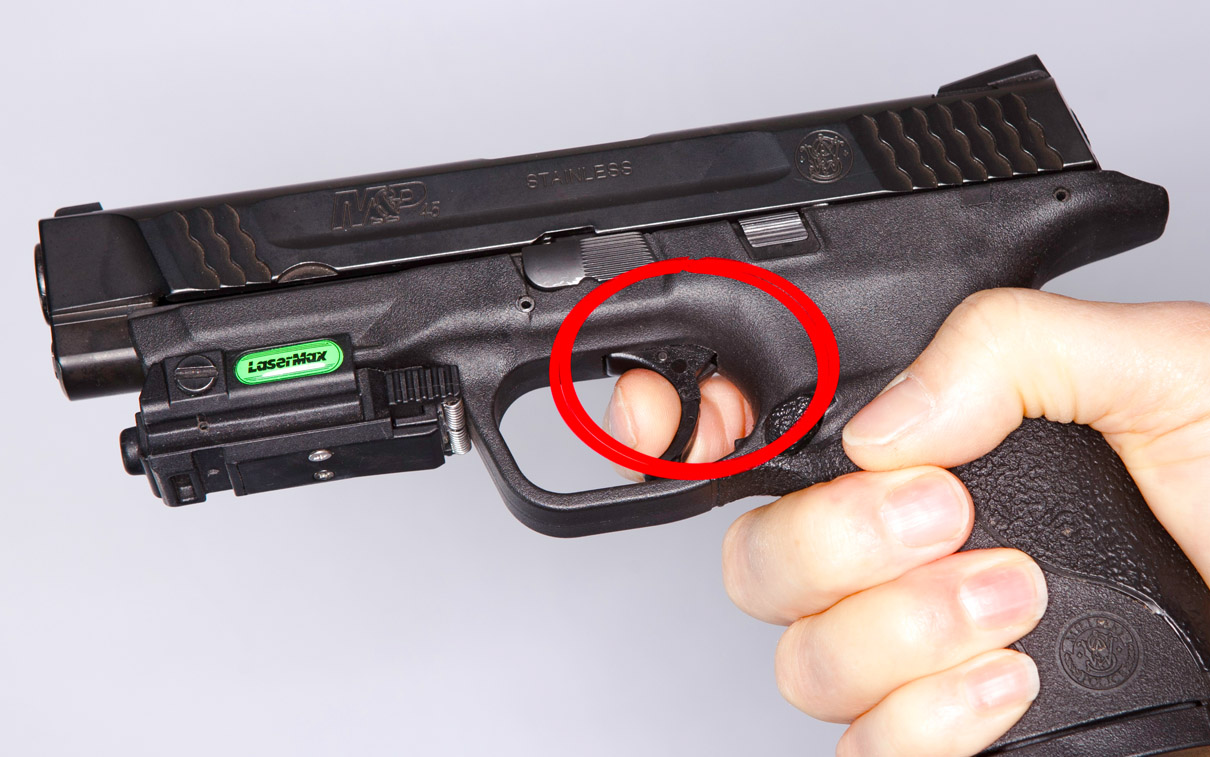 You can visit the homepage of TriggerPoint here. If you think you can survive the whole thing, they have a 32 minute video on Vimeo here. We feel we would be remiss if we didn’t also include that the price is $750 for the TRAMS with the trigger. Err well, probably $750, as the same page also lists a price of $595. Chalk it up to inflation? Thanks, Obama. 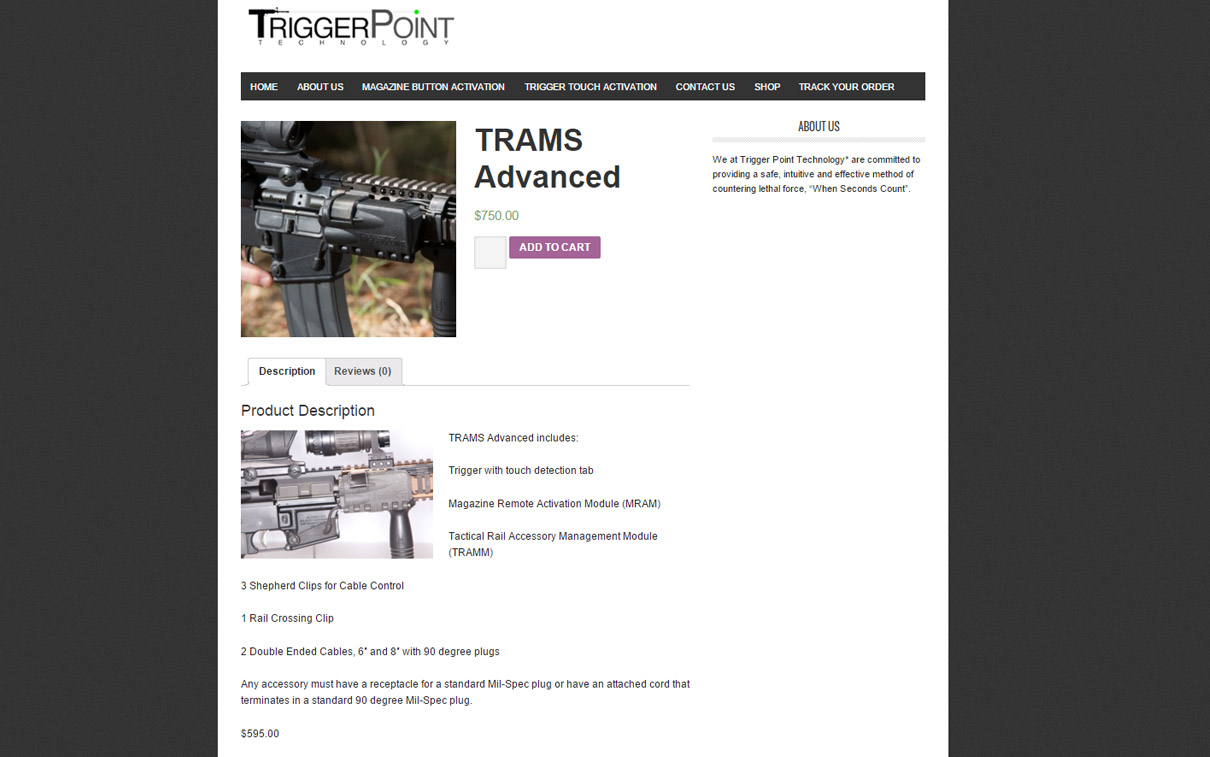