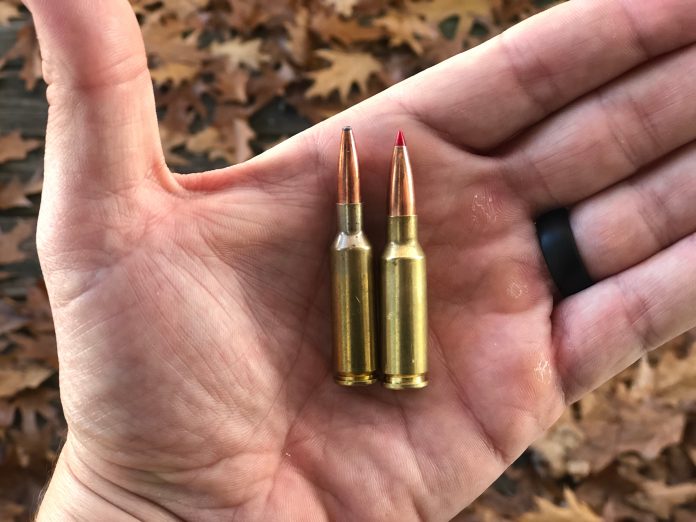 Editor’s note: The author says 6.5 Creedmoor in the beginning of the video when he meant to say 6.5 Grendel, we apologize for the mistake.

The AR-15 platform chambered in the traditional .223/5.56 has always been lacking in long distance capabilities. The 6.5 Grendel and the .224 Valkyrie are two rounds that are taking the AR15 platform to new distances. The data that is available when comparing these two rounds is vast and can be overwhelming. In this segment, I am hoping to just give an introduction as to the general specs and capabilities of these two awesome rounds. Down the line hopefully we can build off this.

The 6.5 Grendel came out in 2004 from a company called Alexander Arms. It is a 6.5mm bullet in a necked down 7.62×39 casing. The 6.5 Grendel is capable of staying supersonic well past 1,000 yards. The last 14 years has given the market time to produce a number of rifles, components and ammo types for the 6.5 Grendel. Feeding is optimized by using a 6.5 Grendel magazine that is very similar to your standard 5.56 mags.

Developed by Federal Premium, the .224 Valkyrie just busted onto the scene in 2017. Its roots come from the 6.8 SPC casing which is necked down to hold .224 caliber projectiles. The .224 Valkyrie is also capable of supersonic speeds past 1000 yards. As the data on this round becomes more viable manufactures are all starting to release their own versions of the .224 Valkyrie. Magazines for the .224 Valkyrie are the same as the 6.8mm SPC.

Both of these cartridges will have a variety loads and grains. Keep in mind that they all will produce different results at varying degrees. This is what can make comparing these two rounds some what difficult and create a dizzying amount of data for the average shooter. I will try to break down each round to its basics. 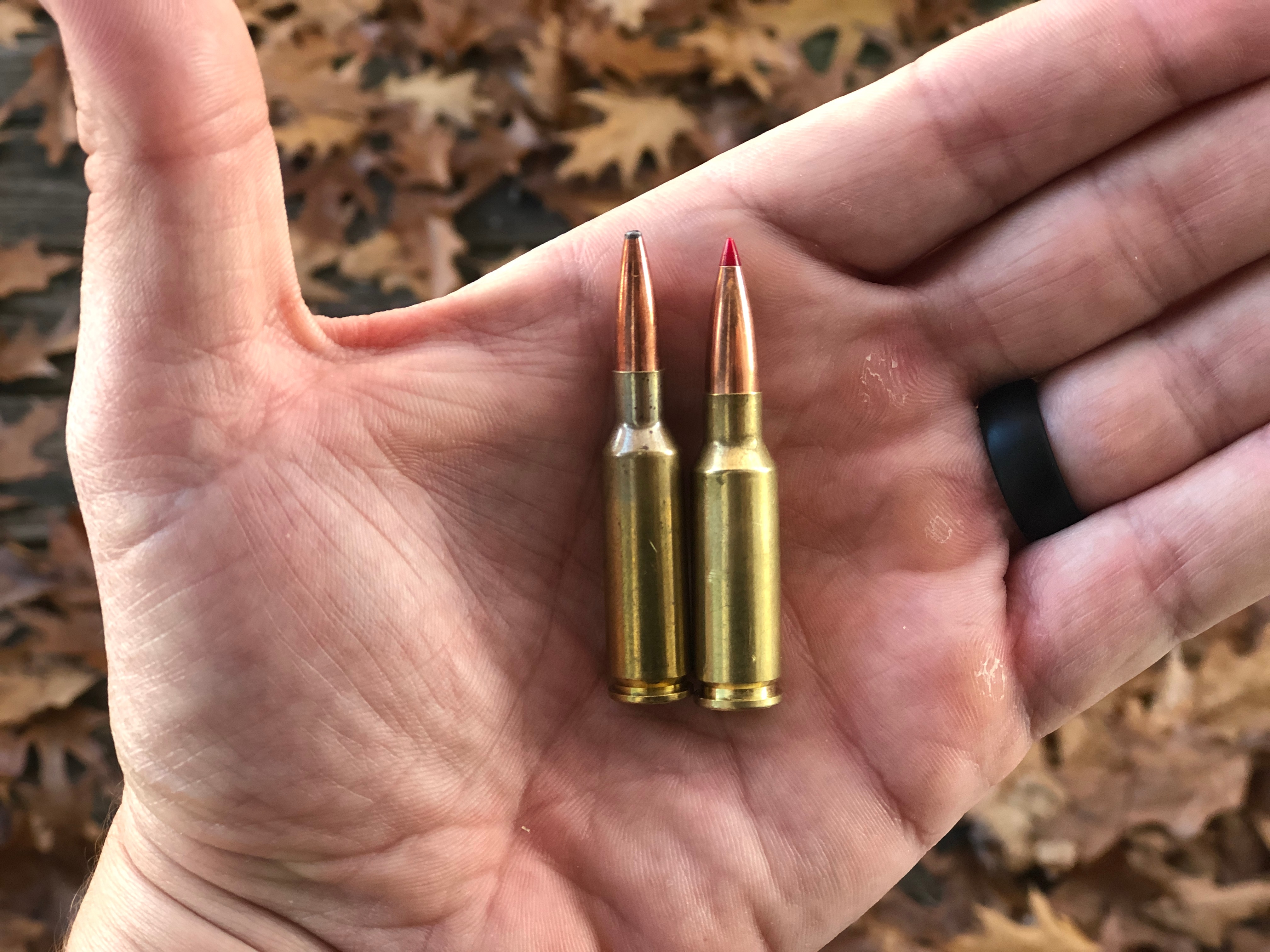 The 6.5 Grendel and the .224 Valkyrie are two rounds that are taking the AR15 platform to new distances. (Photo: Ben Brown/Guns.com)

The .224 Valkyrie can range in bullet weight from 60gr to 90gr and can be found with a soft point, ballistic tip, and Sierra Match King. Overall it uses a longer and heavier bullet than the .223/5.56. The round is maximized out of a 22 inch to 24 inch barrel.

All your typical projectile flavors can be found in 6.5 Grendel as well. With grain weights ranging from 100gr to 140gr. It can also now be found in bulk though Wolf Ammo. These rounds are steel cased 100gr FMJ’s and come in at around $5 per 20 round box.

I see the .224 Valkyrie as more of a varmint caliber. Those of you that hunt coyote, fox, bobcat, groundhogs, etc. might want to take a good look at the .224 for its flat trajectory and smaller projectile. I am not saying that the round is not capable of taking down larger animals but there are a lot of other calibers that might do it better. 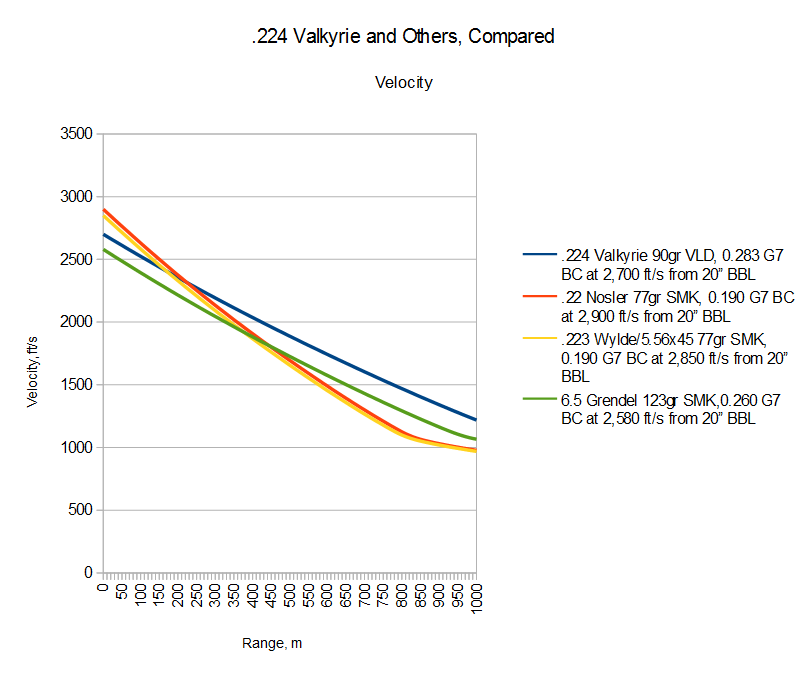 The 6.5 Grendel is a little bit more of a heavy hitter compared to the .224 Valkyrie. The 6.5 Grendel using the heavier projectiles will be a round suitable for larger game. For the range junkies you can get 6.5 Grendel in bulk it will be the better option for saving money and putting more rounds down range. 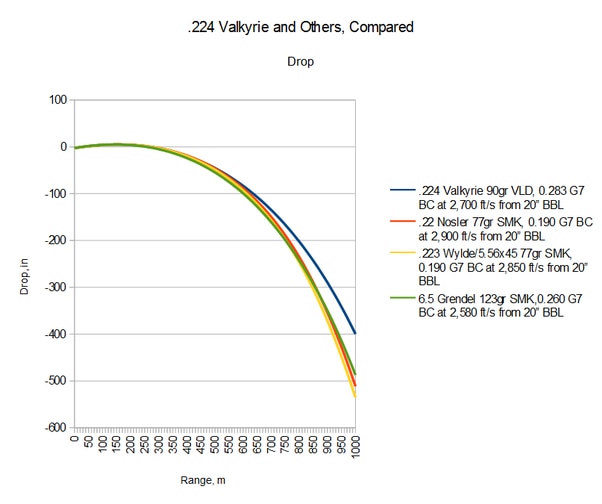 Both of these cartridges are great candidates for precision rifle shooting. They are both very accurate rounds that fight wind drift exceptionally. Provided that you have a decent barrel you should be able to put up great groups without dropping a ton of money into your rifle. Recoil is very minimal and only slightly stiffer than the 5.56/.223. Finally, the ammo diversity of both rounds will allow you to pick and choose what will work best with your gun.

Thousand-yard gas guns used to be an expensive endeavor. These rounds make it easy to turn every AR15 platform into a 1,000 yard gun. The only components that actually differ from your standard 5.56 AR are the barrel and bolt. I myself have started dabbling in the 6.5 Grendel and .224 Valkyrie which has re-ignited my obsession for the AR15. Some might call the .224 Valkyrie and 6.5 Grendel a fad but I do not see these calibers fading away anytime soon.