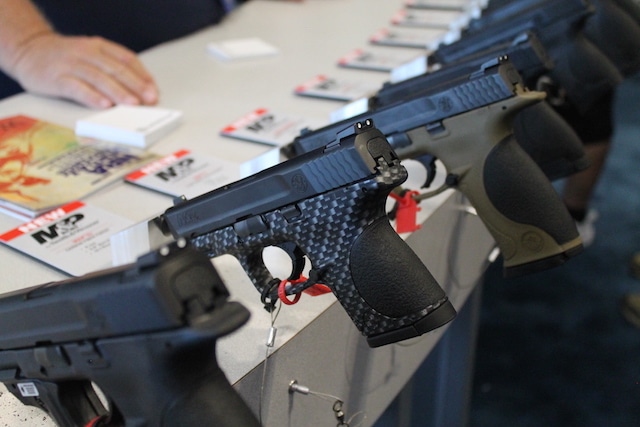 Citing a spike in background checks, which was record setting for the final months of 2015, the company said the sell-through rate of its products has been stronger than originally anticipated, resulting in reduced distributor inventories.

For the third quarter, ending Jan. 31, Smith & Wesson raised its expectations from $175 million to $180 million in net sales.

Smith & Wesson stock, along with shares of other gun makers and retailers, spiked overnight.

Late Monday, President Obama released details of executive actions to improve the background check system used to screen gun buyers. Despite the call to improve laws and systems already in place, any form of gun control by the Administration is seen by advocates as an impediment on gun ownership.

Shares of Smith & Wesson stock jumped by 12.2. percent during Tuesday morning trading and at one point hitting an record high of $26.54. Rival Sturm, Ruger & Company jumped 7.4 percent after hitting an 18-month high of $66.93.

Yet, Smith & Wesson has raised expectations for final earnings multiple times in 2015. Before the end of fiscal year 2015, the company raised its expectations twice before exceeding them in April.

Leading into FY2016, expected sales to land between $605 million and $615 million, which it has so far exceeded.