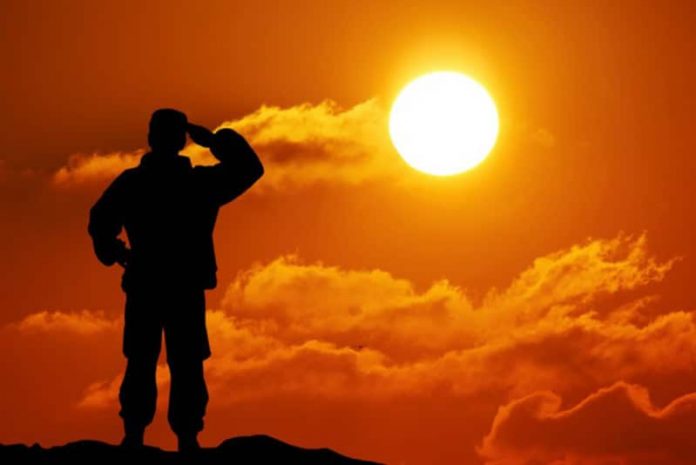 The Navy pilot, Capt. Michael Scott Speicher was the only American missing in action during the first Persian Gulf war in 1991.

Efforts to determine what happened to him after his F/A-18 Hornet was shot down by an Iraqi warplane on Jan. 17, 1991, had continued despite false rumors and scant information.

Conflicting reports from Iraq had, over the years, fueled speculation that the pilot, promoted to captain from the lieutenant commander in the years he was missing, might have been taken into captivity either after parachuting from his jet or after a crash landing.

But the evidence in Iraq suggests he did not survive and was buried by Bedouins shortly after he was shot down.

His remains were found in 2009 as Marines in western Iraq had received information from local residents about the crash of an American jet and the burial of the pilot.

“One of these Iraqi citizens stated that they were present when Captain Speicher was found dead at the crash site by Bedouins and his remains buried,” the statement said. “The Iraqi citizens led U.S. Marines to the site.”

A search of the area recovered remains that included bones and skeletal fragments, which were flown to Dover Air Force Base in Delaware for scientific examination.

Positive identification was made by visual and radiographical comparisons of Captain Speicher’s dental records with the jawbone recovered at the site.

“Our Navy will never give up looking for a shipmate, regardless of how long or how difficult that search may be,” said Adm. Gary Roughead, chief of naval operations, in a statement. “We owe a tremendous debt of gratitude to Captain Speicher and his family for the sacrifice they have made for our nation and the example of strength they have set for all of us.”

After the invasion of Iraq in 2003 and the collapse of Saddam Hussein’s government, a joint team from the Central Intelligence Agency and the Defense Intelligence Agency sifted through recovered documents, interrogated prisoners of war and searched possible crash sites to try to determine Captain Speicher’s fate.

Defense Department officials had been skeptical about reports that Captain Speicher was alive. Some of those reports were haunting, including one story that his initials or name had been found scratched into the wall of a cell in an Iraqi prison.

A crash site had been identified as early as 1993 when a group of Qataris that had been on a hunting trip in remote west-central Iraq handed over some materials they found that later were identified as coming from his jet.

In December 1995, the United States, working through the International Committee of the Red Cross, was able to send a team to the crash site to investigate. They found no ejection seat and no signs of a body or bones.