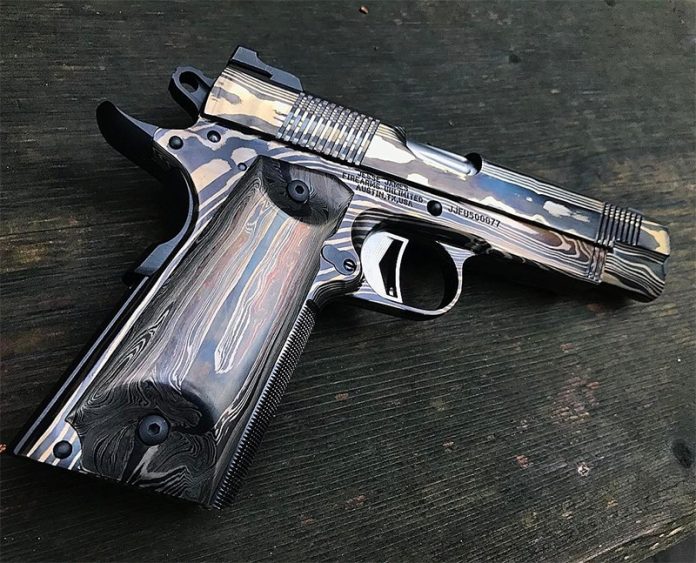 Rightfully called “Lady Liberty,” this Full Damascus Cisco 1911 was created by Jesse James and forged, in part, with pieces of The Statue of Liberty.

This piece, which took an entire year to create, is one of three made with pieces of the iconic American landmark. Lady Liberty is valued at $85,000, but even so, as of last month, two of the three pieces have reportedly already been sold.

Well-known for his role in West Coast Choppers, James launched his Texas-based business Jesse James Firearms Unlimited in 2013 and is apparently doing fairly well with his new endeavor.