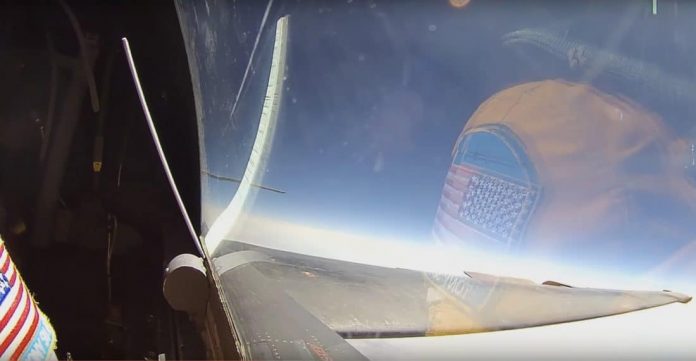 The spectacular footage was released by the 9th Reconnaissance Wing Public Affairs which feature a U2 spy plane on its flight to 70,000 feet. The chilling footage was spliced together to bring amazing feeling to the viewer. It’s consistent from the takeoff, high altitude flight, and landing, which will force you to sit back and enjoy.

This partial point-of-view video puts you in the pilot’s seat at 70,000 feet. From takeoff to landing, see what it’s like to be in the cockpit of the plane they nicknamed – Dragon Lady. Once upon a time, U-2 was top-secret high-altitude the strategic aerial reconnaissance plane which was introduced in 1955.Wanting essentially a spy plane to see what countries such as now Russia, China, and Cuba were up to, Lockheed proposed an aircraft that could fly at 70,000 ft. It was then believed that other countries did not have the technology to shoot down or even track such an aircraft.

The U-2 plane was crafted by Lockheed which proposed it to U.S. Military in order to help them acknowledge what countries such as now Russia, China, and Cuba were up to. It was then believed that other countries including SSSR did not have the required technology to shoot down or even track such type of an aircraft.