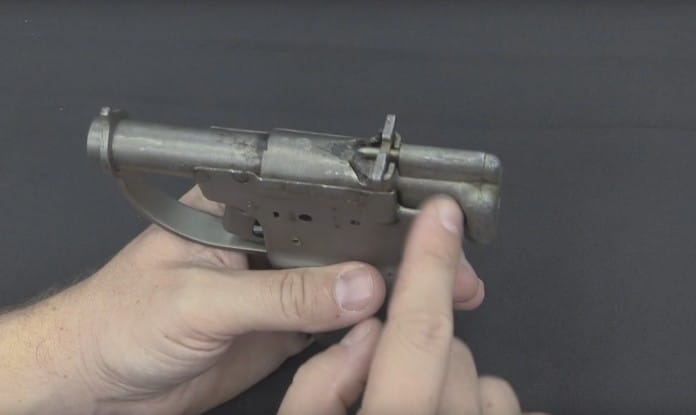 Ian from Forgotten Weapons profiles a genuine FP-45 Liberator pistol, a throwaway gun that was cheap enough to literally give it away to Allies.

Designed as a simple single-shot .45ACP pistol meant to be dropped “somewhere in German occupied France,” the humble FP-45 was made by the Guide Lamp division of General Motors who cranked out a million of these in just 11 weeks.

Why so many? The idea was to airdrop the Second Amendment all over Europe and Asia, that’s why.

Cheap to make, most were scrapped which makes them worth a pretty penny today. However, if you were a partisan or resistance fighter that had one fall into your hands back in WWII, they were priceless.