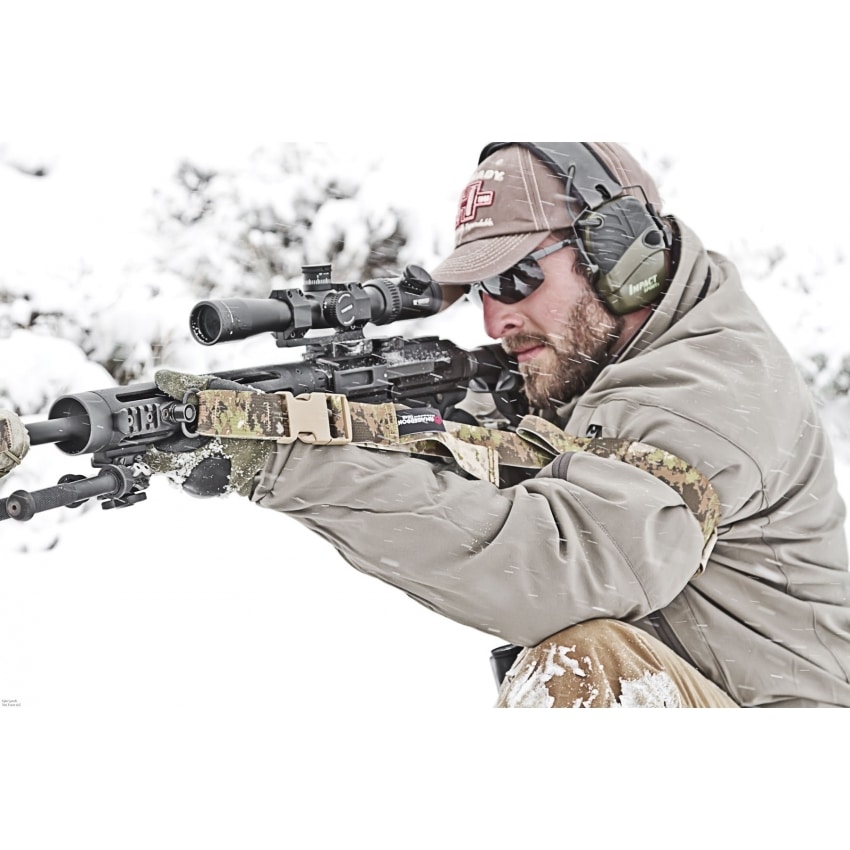 Spending 20 years in the Army will teach you a few things. Going to the Rangers will teach you even more. Few war ighters beat the hell out of their gear and use it as hard as those gentlemen who rock the tab and scroll (we use the term gentlemen). The Rangers are capable of deploying anywhere in the world in less than 24 hours, ready to carry out specialized and direct action missions. In recent years they have shifted towards more diverse and challenging missions than ever before. They are the sort of people that we listen to, when it comes to guns, gear and tactics. There is no shortage of concrete reasons why Rangers are regarded in such high prestige, so you can imagine our interest in a new company founded created by one of their own – Armageddon Gear.

In a recent interview with Armageddon Gear’s owner and founder, Tom Fuller, we were surprised to learn that it was never really his primary goal to get into manufacturing. Tom is definitely a man with a lot of good ideas. Much of them come from spending more then 20 years in the Army, particularly in the Ranger Regiment. After retiring from the service, he had originally planned to open a retail shop and sell outdoor, survival and preparedness equipment to the consumer market. The original plan called for Armageddon Gear to be a “one stop shop” for consumers, stocked with the best gear and experience on how to use it. The addition of well made, rugged custom nylon would was intended to come later.

If you’re unfamiliar with Armageddon Gear (whose mantra is Pray you’ll never need gear this good!), they are based in Buena Vista, Georgia. Fuller is a former Sergeant Major; he was a SM with the 75th Ranger Regiment and the Battalion Sergeant Major for the Army Marksmanship Unit for2 years. Among other billets he served with the 2ID, 82ND Airborne and at JRTC. 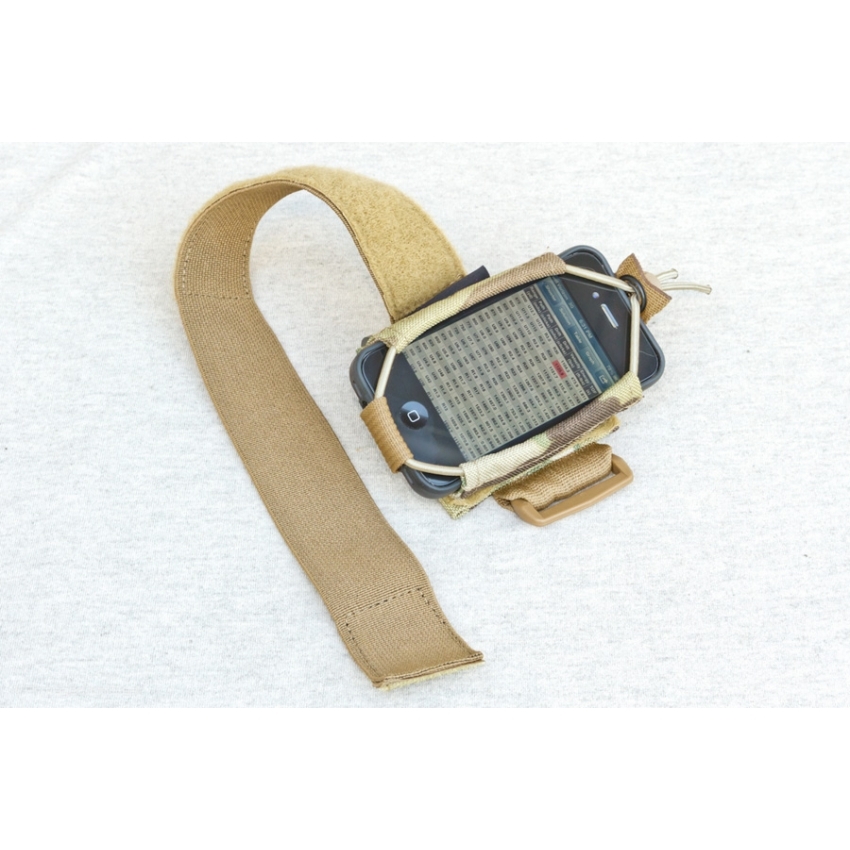 However life doesn’t always follow our plans, And Mr. Fuller found things working in reverse. The company’s first product was a simple, user friendly sling based off an old Ranger Batt design. Having bought and tried all the slings on the market, Tom Fuller tweaked a design commonly sewn by the riggers at 2nd Ranger BN. He’d frequently used this sling at various competitive shooting matches and was constantly asked where he’d gotten it. Fellow shooters wanted to know where could pick one up, observers asked where it came from. Soon Tom was producing the slings himself, and selling them as fast as they were made. That was Armageddon Gear’s initial and most recognizable product, but not for long. 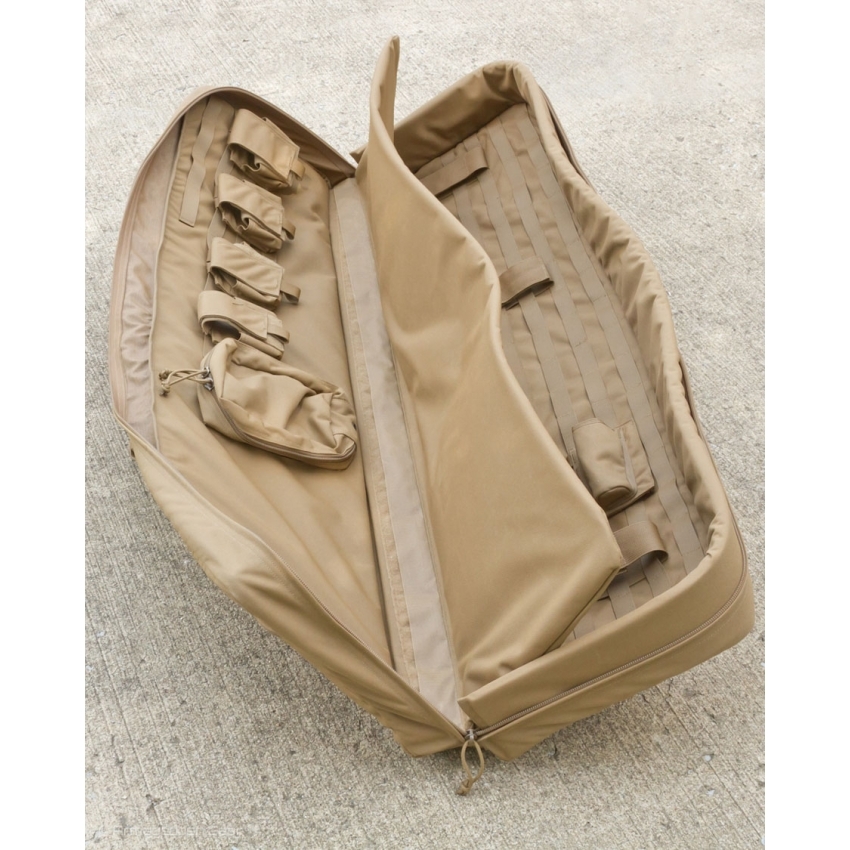 In a relatively short amount of time, Tom went from producing the sling and distributing it himself to winning several contracts for the US Army and Marines. While some of the other soft good manufactures turned away the contracts based on the relatively small size of the orders, Armageddon Gear fulfilled the contract and moved on to the next. The company’s driving belief is that there is no order too small, and there is no gear out there that cannot be improved. They have been systematically finding flaws with issued equipment and correcting them, constantly strive to improve their own designs and work to identify and fill voids in a warfighter or armed citizen’s needs. Products like their M2010 Precision Rifle case, Personal-Use Sleep System Pad (which also serves as a shooting mat), and USMC issue Tripod Scabbard have caught the eye of may servicemen as gear they sorely needing. All Armageddon products are 100% Berry compliant; with ALL materials and ALL Armageddon Gear being produced in America, by Americans (remember that awesome video they did?). 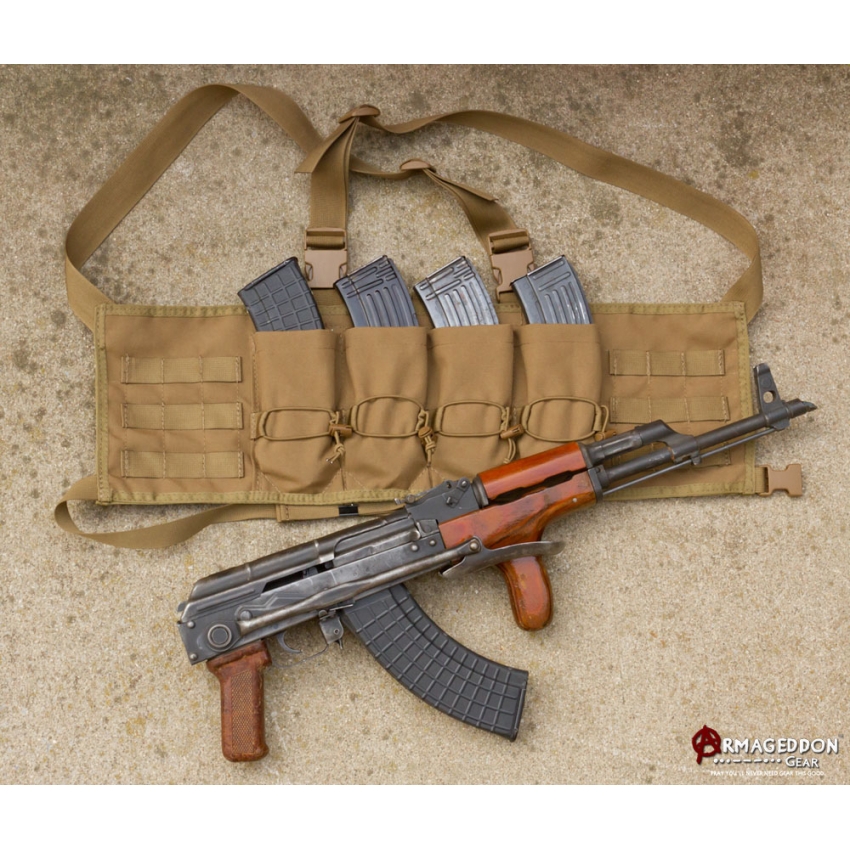 Though the military side of product development and manufacturing has been in full swing for sometime now, Fuller has been careful not to dove-tail his company into that market. Armageddon Gear has been flying under the radar on the commercial side of things and it’s only been this year that their website has gone live for civilian sales. The company is not exclusively a DoD vendor, but one that has a growing product line to suit all. They product an AK-47 chest rig, range bags, shooting supports, rifle cases and many other goods that are as home on your local range as they are overseas with our troops. They plan to expand their lineup in the near future with more in demand items like backpacks, magazine pouches and field/outdoor gear. 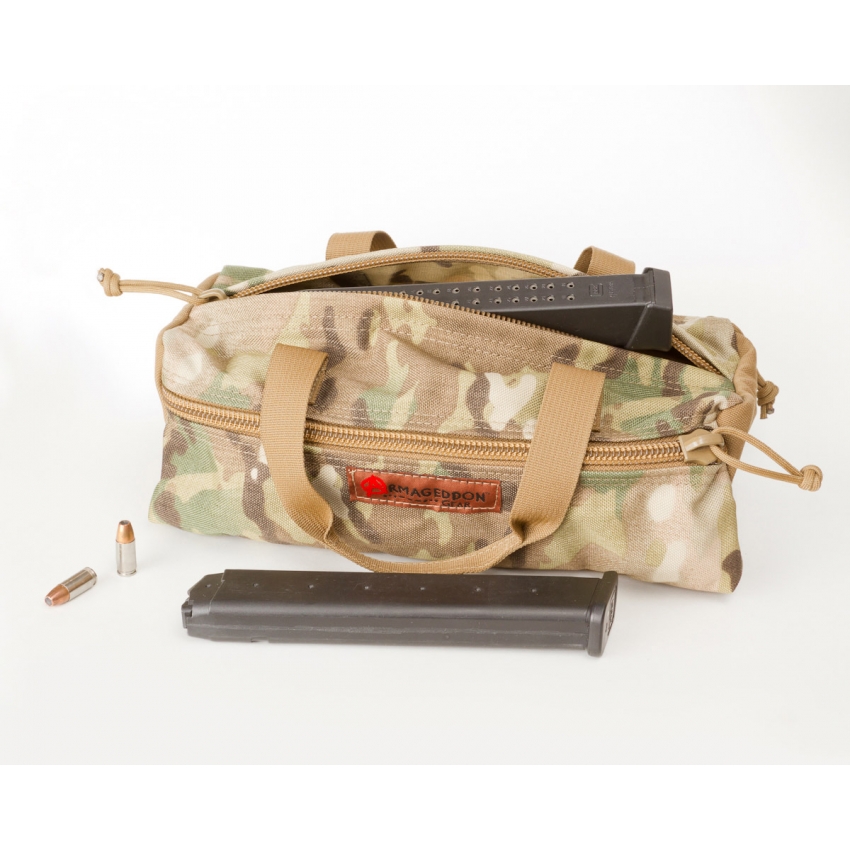 During our Interview with Tom, one of the most striking things we took away from the conversation is his involvement in each aspect of making the gear. He personally tests and evaluates the new products and always asks for feedback from the intended end user. He is also heavily involved in shooting sports, and participates in various matches using his own purpose built gear. In fact, he recently won the 2014 Sniper Adventure Challenge with a ranger buddy. The grueling 30 hour adventure race / shooting event was held in Wyoming the first week of September, and Tom bested 52 other teams to win. Thats a badass CEO to work for if you ask us! Tom is also involved with 3-gun and other competitions. It’s good to know that the products are being tested and used by the same people that design and make them. 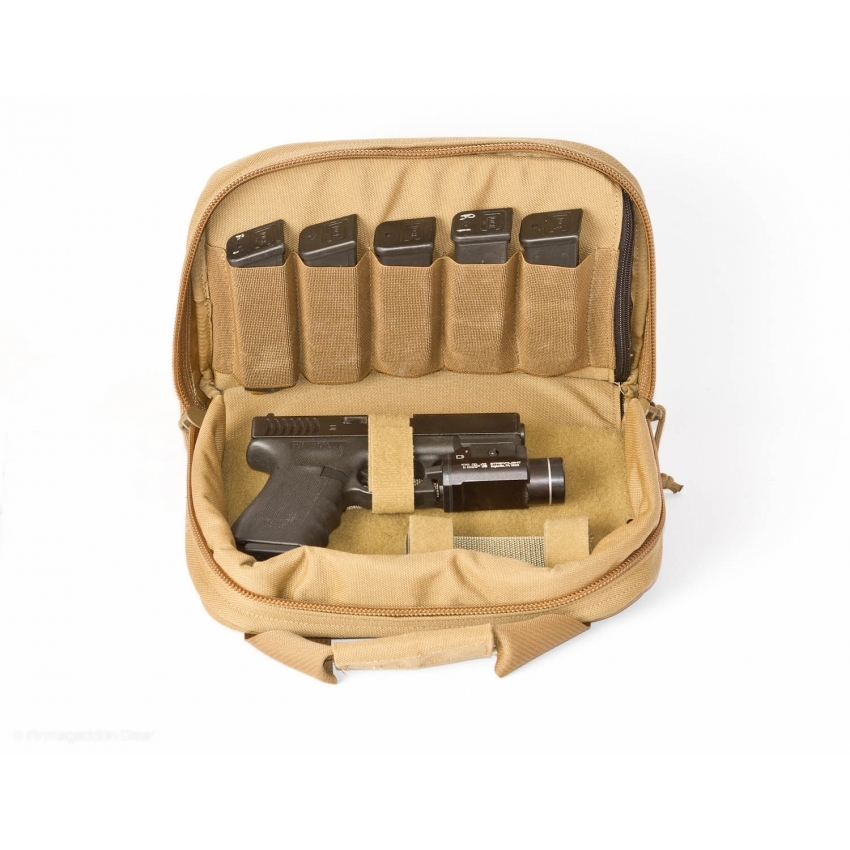 Overall, Armageddon Gear is a unique new American Company that has some great ideas, solid products and exciting concepts in the works. We here at Breach-Bang-Clear love to see American industry grow and flourish, particularly companies owned and run by veterans. We are impressed with Armageddon Gear’s mission, drive and quality! You can look forward to seeing more here as the company grows.

This is an awesome vide0 – watch it all the way through.