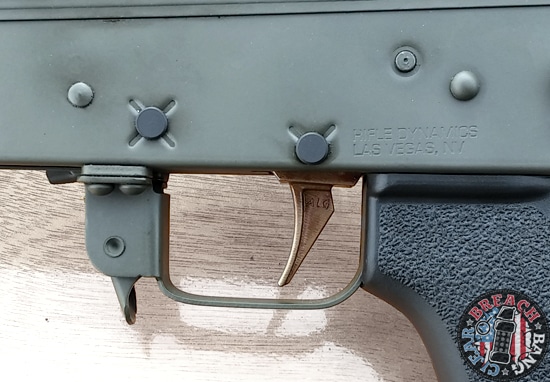 Once again Merrill’s affinity for foreign weapons rears its ugly head. Check out the ALD Defense AK Trigger – you know for you tovarisch types who love the enduring legacy of Kalashnikov the Great. Mad Duo

Today at SHOT Show Media Day we all got to play with a lot of new toys. One of the items that I was really looking forward to trying out was the new drop-in AK trigger from ALG Defense. While AK triggers have come a long way in the last ten years, they still leave much to be desired. ALG Defense, an offshoot of the popular Geissele Automatics, hit the scene hard with the extremely affordable ALG ACT and QMS triggers. Now they hope to do with same with AKs.

While I only had an opportunity to fire a few magazines through an AK equipped with one (a Rifle Dynamics AK, no less–though the optic could have been mounted a little lower to the rail) I was very impressed. Nice clean break, nice reset, and all-in-all reminiscent of the Geissele S3G trigger. Since the venerable Kalashnikov is built to widely differing specifications by a dozen disparate nations, it can be exceddingly difficult to make anything fit universally. So of course, I asked.

What the ALG Defense team did was obtain samples of fifteen different receivers (all commonly seen on AK-type rifles in the United States) to ascertain the closest universal standard that they could. I am told that some rifles may require some minor fitting–hey, I’d much rather spend a couple minutes with a file than have it be too small. AKs should be issued with dremel tools anyhow. Because part of the trigger weight equation falls onto pin geometry, some AKs will feel better with an ALG AK trigger than others, and this is true of any drop-in trigger.

Can’t wait to put one through its paces for a couple thousand rounds–I have an Arsenal that’s practically begging for it. 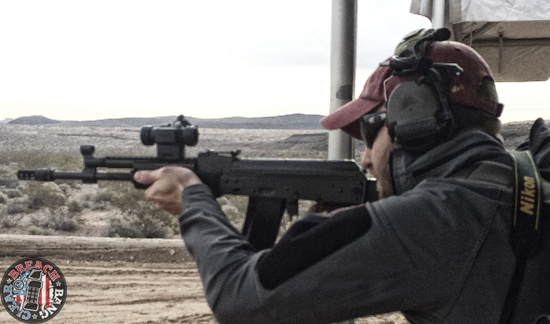 About the author: A combat veteran of the United States Marine Corps, Mad Duo Dave 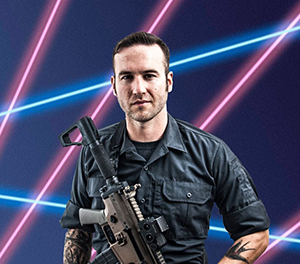 Merrill is a former urban warfare and foreign weapons instructor for Coalition fighting men. An occasional competitive shooter, he has a strange Kalashnikov fetish the rest of the minions try to ignore. Dave is currently the operating manager and instructor for MilCopp Tactical. There he munificently promulgates superlative fighting advice. Translated, that means MilCopp teaches and advocates a constantly evolving, amalgamated method of military and law enforcement tactics. They leaven those TTPs with lessons learned from continued training and ongoing experience on the sharp end; these TTP’s are based on a combination of hard lessons learned and practical real-world results. Merrill, who has superb taste in hats, has been published in a number of places, the most awesome of which is, of course, here at Breach-Bang-Clear. He holds the current world championship for kegel exercises and married way, way above his pay grade.