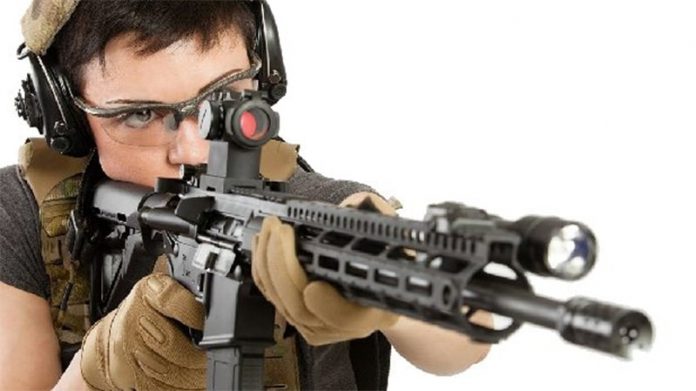 Aimpoint, the originator and worldwide leader in reflex sight technology, is proud to announce five celebrity guest appearances in their booth at the 2017 NRA Annual Meetings & Exhibits in Atlanta, GA, April 28-30.

Aimpoint sights have been chosen by hunters, sport shooters, and professional end-users for over 40 years. This wide spectrum is represented with this year’s guest appearances in the Aimpoint booth #1410 at the NRA Annual Meetings. Returning to the Aimpoint booth are Craig Boddington, renowned hunter, conservationist, and author whose hunting experience spans the globe and Larry Vickers, retired US Army 1st SFOD- Delta combat veteran who now travels the nation as a combat marksmanship instructor and industry consultant. Celebrities joining Aimpoint this year for the first time are John “Tig” Tiegen, Tatiana Whitlock, and Chris Parrish.

Co-Author of 13 Hours: The Inside Account of What Really Happened In Benghazi, John “Tig” Tiegen is prominently known for his heroism and bravery during the US Embassy attack in Benghazi on September 11, 2012. He was the most experienced Annex Security Team member for CIA’s GRS and played an essential part of the rapid response to the terrorist attack when Islamic militants attacked the American diplomatic compound in Benghazi, Libya.

Tatiana Whitlock is a nationally recognized firearms instructor, martial arts practitioner, and subject matter expert writer for many firearms related publications. Tatiana has a powerful presence and influential voice in the firearms education and defensive training industry. Mother of two, she is a proud member of the NRA and is a featured instructor on NRATV’s NRA Women, Tips & Tactics, and NRA New Energy, as well as Trigger Time TV and Panteao Productions.

Chris Parrish, outdoor personality and World Champion competitive caller, will provide turkey call tips and techniques as well as hunting strategies during four 30-minute sessions at the Aimpoint booth. Parrish is also the engineer behind legendary Knight & Hale game calls and will give away call packages each day.