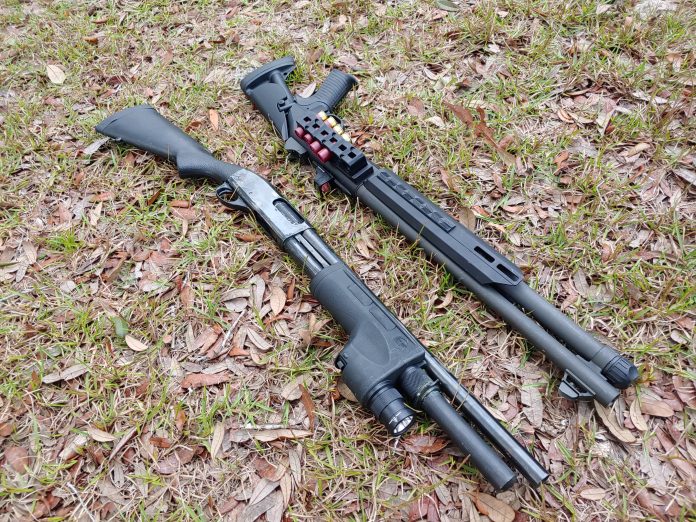 The LAPD is one of the largest police forces in the country. They are also one of the most regulated and arguably well-funded departments. An LAPD officer is likely to qualify with several different weapons throughout their career. Interestingly enough, the LAPD has two shotgun qualifications. One for the standard Remington 870 and another for the Benelli M4. Today we are going to tackle both of them.

The LAPD 870 qualification is split into two different stages. You won’t shoot beyond ten yards and need two targets. You’ll need a total of ten rounds of buckshot. The qual calls for the BT-5 target, but shots only count if they are in the nine and ten ring. That portion of the target is the size of a piece of letter paper. I printed a Sage Dynamics target as a stand-in, and it worked perfectly. 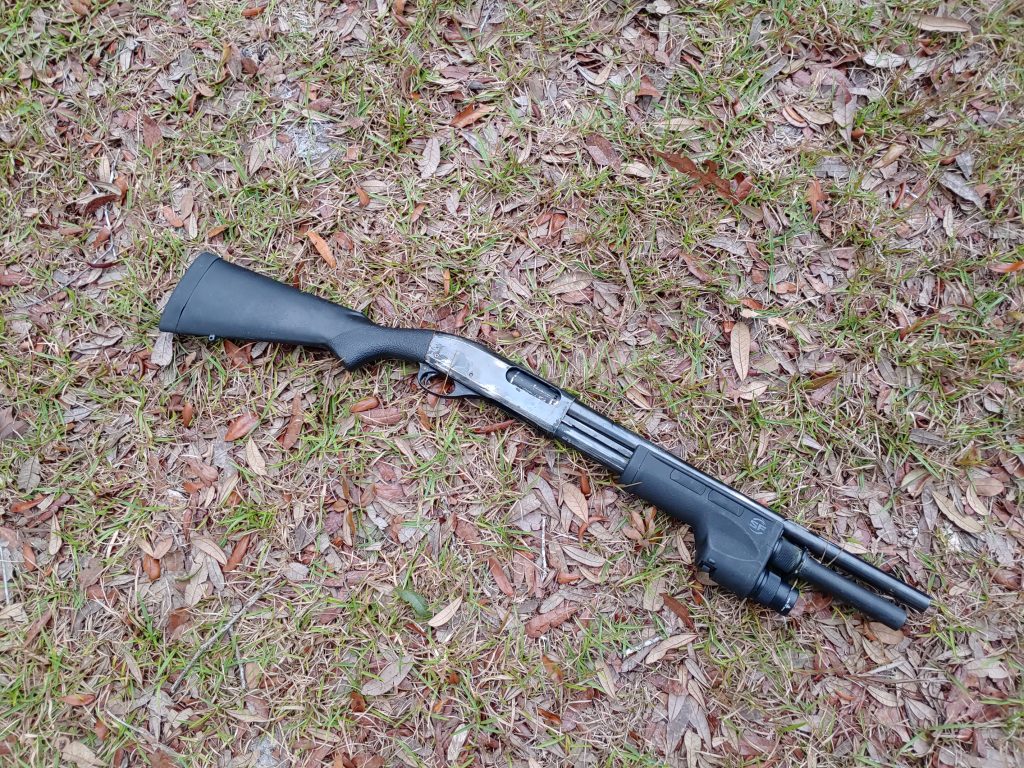 The first stage is more of an action shooting drill. You’ll need to load the gun with three in the tube and one in the chamber. You’ll start in the low ready.

At the beep of the timer, you’ll shoot both targets with one round of buckshot. You’ll then speed reload two rounds into the shotgun’s tube.

Stage 2 of the LAPD 870 shotgun qual consists of three strings of fire from the ten and seven-yard line. You’ll still need both targets, and you’ll also need something to act as a barricade.

String 1 – At the ten-yard line, ensure you have three rounds in the tube and one in the chamber. At the beep of the timer, engage target 1 with one round and target 2 with one round. You have four seconds to do so. At the end of the drill, load two rounds into the weapon. 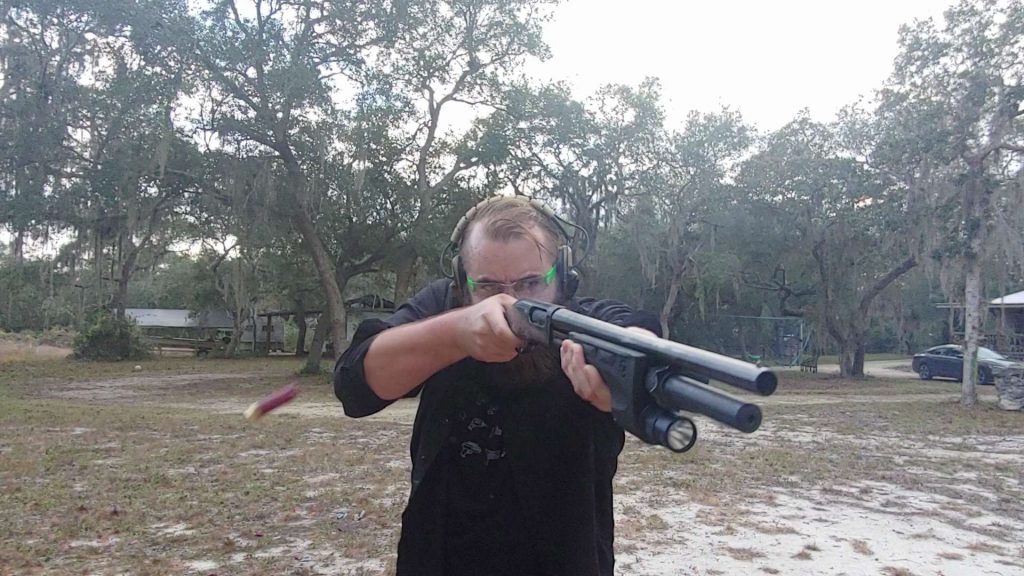 String 2 – Step up to the seven-yard line and ensure your weapon is loaded with three rounds in the tube and one in the chamber. The shotgun should be positioned on the left shoulder. Start standing behind cover, and at the beep, take a knee and engage target 1 with two rounds. You have eight seconds to do so.

String 3 – We are still at the seven-yard line, and our shotgun is loaded with one round in the chamber and one in the pipe. Just like before, you’ll be behind cover, but the shotgun will be located on your right shoulder. At the beep, take a knee and fire two rounds into target 1. You have 8 seconds.

That’s it. We are done. You’ve fired ten rounds of buckshot, and you need to have 70% of your pellets inside the nine and ten rings of the target, or in my case, the whole target. It’s not too difficult, and most average shotgun shooters will pass easily.

The Benelli M4 is a weapon that’s a fair bit different than your standard Remington 870. When the LAPD allowed officers to carry the M4, they devised a separate qual for it. This qualification is in eight separate stages. It requires fifteen rounds of buckshot and five slugs. You’ll only need a single BT-5 target to complete the drill.

Reloading is done by the shooter without prompt and not timed, but it should be done before every stage. 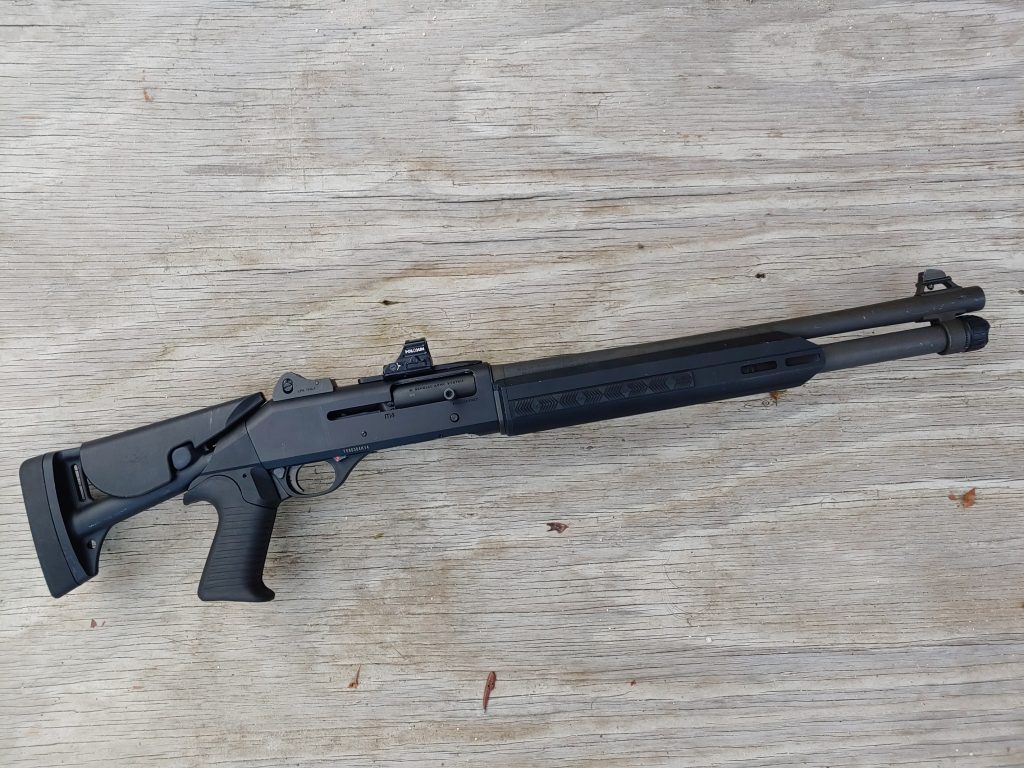 Fire one body shot with a slug in four seconds. Complete this stage twice.

Fire two shots to the body in three seconds.

Fire one headshot in two seconds.

Fire one round to the body in three seconds. Complete this stage twice.

Fire two rounds to the body in 3 seconds. 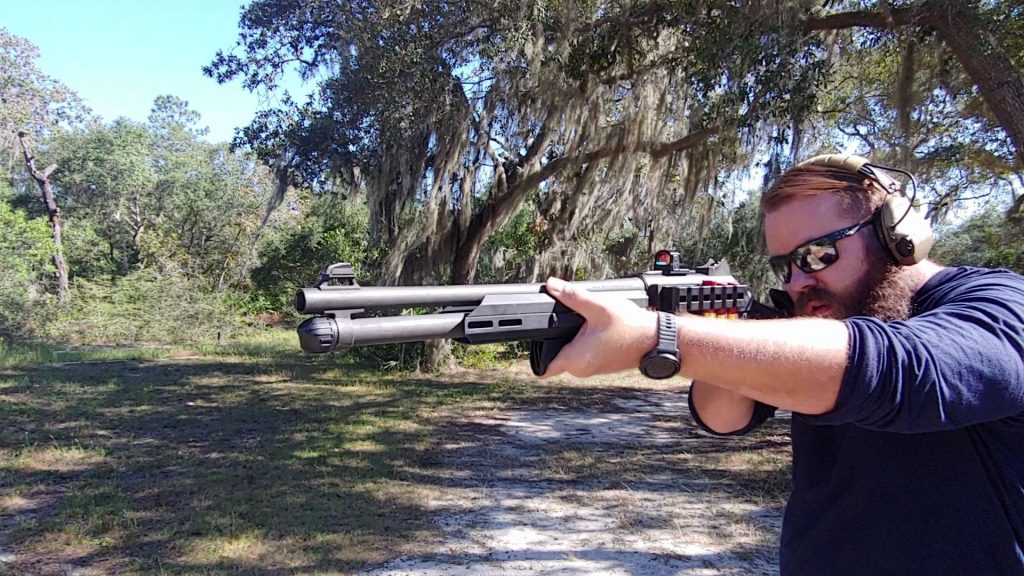 Move from the 8-yard line to the 3-yard line and fire a pair to the body in five seconds. Complete this stage three times.

All slugs and pellets count as one point. Any shots outside the 9-ring count or the head of the target count as a miss. Students must score a 90%, and that pellet count varies depending on the use of 8 or 9-pellet buckshot. 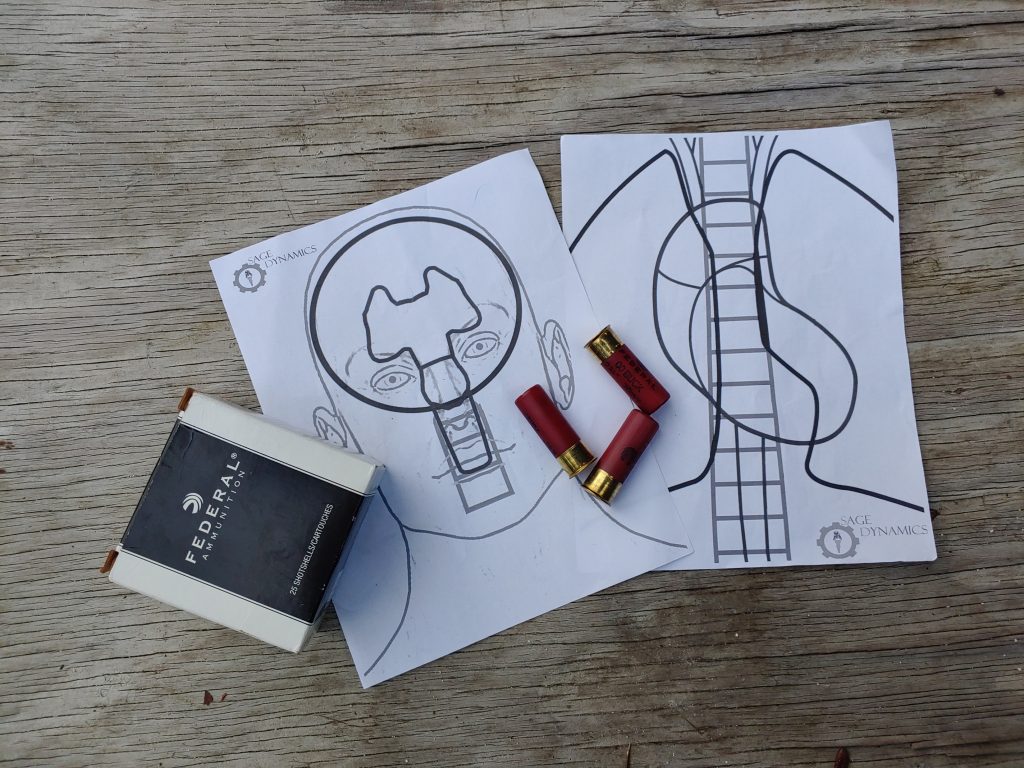 Both of the LAPD shotgun quals are fairly unique and interesting. The times tend to be fairly generous, but there are accuracy demands which aren’t common with most shotgun courses of fire. Both are pretty solid pieces of training, and honestly, if you combined the two, you’d have a fairly solid shotgun skills test. Try it out if you want to test your scattergun skills.