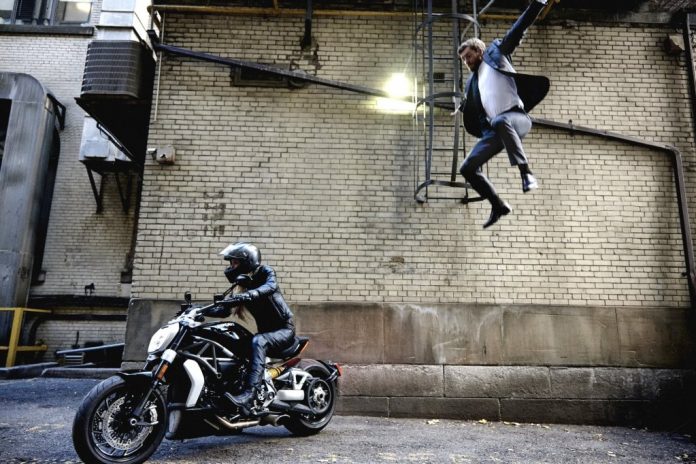 “Grayman and Company (Grayman.co), a made-to-measure tactical tailoring house, the first of its kind, announced that its suits are now available for public purchase. The company, which prides itself on combining traditional hand-tailoring techniques with performance-ready tactical features, is accepting made-to-measure orders”

Over the past few years, I have been closely following and talking to the owner and founder of Grayman Co. We were first introduced via a mutual friend when I was working overseas conducting diplomatic security. Due to the team, I was assigned to, we were required to wear suits on every mission. Now in the contracting world, you make good money. And the only way to really show that air of arrogance in country is by your watch, and your suit. There was a large majority of us on the Embassy that took great pride in looking as dapper as we could. Some of us would take leave to Italy and get a custom suit tailored to our body with extra dimensions added for our required body armor. It was hard to find a suit you could move in that didn’t look like a bag of ass. And due to operational frequency, and excessive heat and sweat, our $3,000.00 custom suits would only last us a year in country. So when I found out there was an angel currently working on suits specifically for guys like me, I was all in.

From outward appearance, these suits and blazers look impeccable and truly demonstrate how Grayman Co. “Prides itself on being old school tailors, first and foremost”. What they’ve done is built a suit from the ground up and added the features versus building the suit around the features. This allows the user to wear the suit to a night out with a lady as well as providing security for some of the worlds most notable clients.

How exactly are they tailored?

“The measuring process is powered by an online platform, which uses an algorithm to generate a fitting-garment which is then mailed to the customer for feedback before the final suit is constructed. The end-to-end process is approximately eight weeks and the result is a made-to-measure, half-canvas construction with a floating chest piece in any number of luxury or performance fabrics.”

Now when they state luxury and performance fabrics, they aren’t talking Cordura here. They have sourced some of the finest fabrics in the world from Italy, France and Shanghai. Not only are there luxury fabrics, but they are capable of light weight hot-weather options as well for those guys working in arid climates.

“Tailored in Shanghai’s French Concession, the suits carry the pedigree of its 1930s, when adventurous tailors from America, Europe and London’s Savile Row flocked to tailor suits for spies, diplomats, and journalists on the brink of war. Grayman and Company’s tailors are descended from that traditional skill, knowledge and artistry. Expertly crafted suits are cut with traditional Italian fabrics side by side with modern technical textiles designed for active pursuits. The result is a sophisticated, timeless suit that can stand up to the demands of a security professional’s day-to-day while upholding the company’s guiding design philosophy: Elegance is Deception.”

Some of the design features include an action back gusset on the shoulders that allow the wearer to get into the perfect fighting stance allowing you to fully bring the pistol up into your line of sight to engage a threat. Previously this position was next to impossible without having to shrug the jacket up the shoulders to get more room. The next stand-out feature are the quick detach buttons. When I was going through EP (Executive Protection) training, we were banned from ever buttoning up our jacket due to the restrictions it created if we need to draw our pistol. I agreed with that rule, however, it still left the possibility of showing your sidearm to someone unsuspecting. Now, there is no need since the button easily pulls away during a draw.

A few more features include slash resistant fabric sewn into the sleeves, custom weight pockets sewn into the jacket for swift opening to get access to your pistol faster, microphone loops to weave the wires from your radio, Magazine pockets sewn into the pants and the list truly goes on and on. You will be able to choose which features you want and those you don’t when you start the online ordering process.  Everything is bespoke and customized for the wearer for truly one of a kind suit that demonstrates versatility beyond the protection of life. 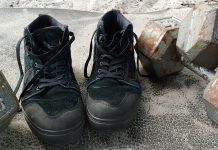