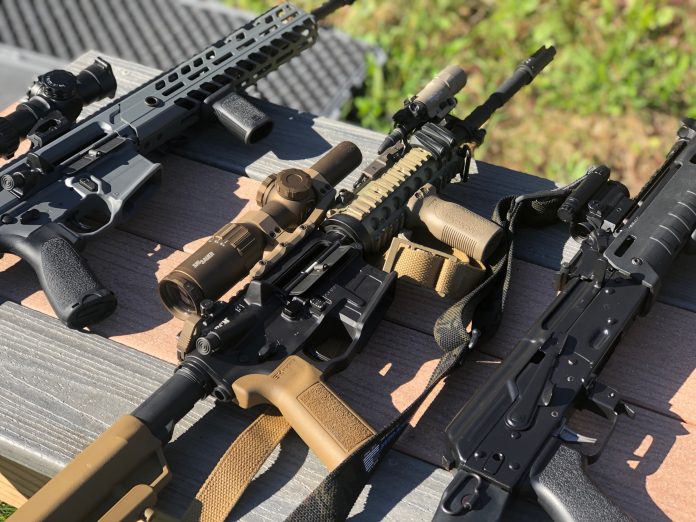 We have a natural tendency to hold a single perspective. We are only an individual, we can only truly hold one. We can grow in our perspective, evolve it, and it may change given the right amount of new information, personal circumstances, and world events.

But opening our view to acknowledge other perspectives, especially those most opposed to our own is difficult. Firstly because it is hard to rationalize differently than we naturally rationalize so “stepping into someone else’s shoes” is mostly just a cute aphorism. Secondly though, we tend to focus on the perspectives that are most opposed to our own and filter things down to binary. Republican/Democrat, Capitalist/Communist, Pro-Gun/Anti-Gun.

These distinctions simplify our worldview and strip it of complexity, nuance, and most of all.. other people’s validity. Someone can have a valid opinion that is misinformed. Someone can hold a valid perspective contrary to your own. Most importantly, opinions and points of view are not binary. It is easiest to advertise them as such, and it is politically effective to do so, but they are not.

The world is far more complicated than that.

So now I bring you a well though out Center Left perspective on gun control.

[For clarity: Matthew’s paragraphs are unaltered and in italics. My commentary is the unitalicized, except for emphasis points]

Hope everyone manages to have a fun and safe holiday tomorrow.

My plan was to keep things pretty wonkish this week and then stir the pot next week, but I couldn’t resist. Something I’ve thought for a while is that Democrats were wise to have abandoned gun control as an issue between John Kerry’s defeat and Barack Obama’s re-election. And whatever you thought of the idea of returning to the topic in 2013, at this point enough time has passed that we can say definitively that it hasn’t worked.

Yes, this is Matthew Yglesias, an individual that would probably be handed the ‘anti-gun’ ballcap and stand next to a group of moms and mayors that demand unreasonable ineffective things. But Matthew would stand their awkwardly because, despite being a democrat, he understands fully well how unreasonable and ineffective gun control is. He is not pro-gun rights. He firmly considers gun owners “hobbyists” but this gives his rational mind an unbiased (he doesn’t have an overt emotional negative bias or positive one) to consider firearms in a way that we civil rights minded opinionates have difficulty visualizing.

Why is Matthew anti-gun control? Because it is a losing issue with no upside except the quasi-moral ‘highground’ of caring about deaths caused by guns. It is a ‘hill to die on’ with nothing gained beyond the shallow surface level brownie points of having “done something” sort of.

Back a bit over a decade ago when I worked at the Center for American Progress there were certain issues CAP didn’t really work on. Some of that was just a lack of funding or staff interest but there was no rule against trying to go get the funding if you were interested. The two big exceptions to that were trade, which was seen as too divisive in the Democratic Party, and guns, where the feeling was that post-2004 Democrats had decided that this was not an issue worth losing votes over.

That analysis had a few parts to it:

This is current. This is the case today. And Black Friday was the 4th highest sales day of all time for NICS checks (and we are dealing with pandemic inventories of firearms that have been under stress for nearly 9 months)

In summary, it did not make sense to risk losing votes over measures that were unlikely to be adopted and unlikely to make a huge difference even if they were adopted.

In summary of Matthews summary. It’s really easy to say you would like a semi-popular reform like UBC’s, but the folks against it (like yours truly and probably many of you readers) are far more motivated to oppose it. They are the folks who changed their profile picture to a French flag overlay after Nice and Bataclan. Their policy opponents changed their profile picture too.. then went and updated their concealed carry license and spent rounds on the range training. Both had the humanistic sympathetic response to tragedy in the world, but one took actual physical steps.

Opponents to gun control are far more motivated, which is why it takes devastatingly skewed spending balances, uninformed largely urban and suburban majorities, and overwhelmingly left leaning law making bodies to pass even window dressing versions of gun control. These are at the state level because of the insular smaller populations of the states where NYC can overwhelm the more moderate attitudes or rural New York, Chicago can dictate to Illinois, and the left coast can speak for their state interiors attitudes, even if the attitudes are differing.

Of course lots of institutions don’t talk about gun control — the Center for Budget and Policy Priorities doesn’t, the Economic Policy Institute doesn’t — but CAP’s silence had a special significance. The institution was (and is!) a hub of consensus center-left thinking across the issue space. Their non-discussion of the issue was part of a larger consensus across the party network that it was fine for big city mayors or Dianne Feinstein to be passionate about gun regulation, but most national organizations were going to try to keep the issue off the agenda.

It is too costly. It lowers vote counts and turnouts by too much on issues they actually want to advance more, and that gun control opponents do not oppose, or do not oppose nearly as stringently. A pro-gun voter will get out if an assault weapon ban is on the legislative menu but they are much less likely to actively oppose something like a minimum wage hike, even if they disagree with it.

Click through on the title. Give the whole body a read. Realize that reasoned discourse works on this crowd, they aren’t Feinstein, Biden, Harris ultra loyalists. At the very least it should broaden your horizon of understanding of other than pro-gun mindsets, an important part of successfully engaging them in dialog.

I don’t agree with Matthew’s perspective on firearms, but I can very easily rationalize his perspective. He sees it as a hobby with risks. I say it is a fundamental right of free people, not a hobby regardless of what hobbies spring from it. Understanding that this our the difference in our perspectives is the key to civil discourse on the subject. It is often the failure point of the rabidly anti-gun when trying to engage pro-gun people, they fail to acknowledge that from the perspective of the people they are trying to engage this is a fundamental human right. It is the habit, unfortunately on both sides, to talk down instead of to someone. You/We are right and they are wrong, oversimplified binary.