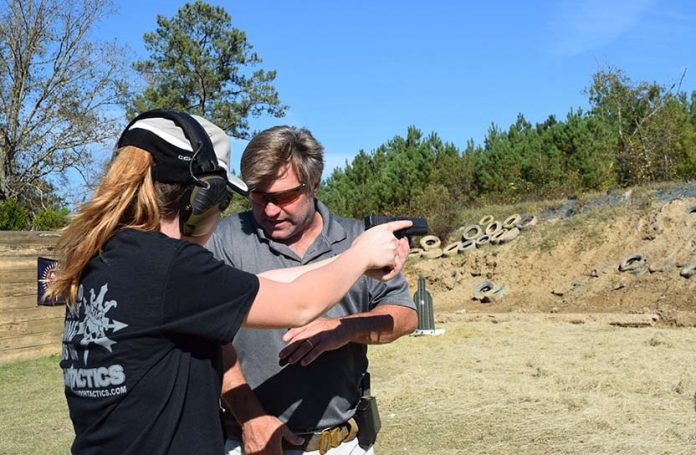 Recently I had the opportunity to train with Frankie McRae and a few of his badass cronies at 37 PSR Gun Club here in North Carolina. Between several stages of training, I and the gun club’s great instructors compared the Glock 26 and Glock 43, to see which I could carry more covertly and comfortably.

A little bit about myself: I’ve been doing various handgun training courses the past couple years now as a female citizen who just wants to be able to protect herself. I carry concealed at every opportunity, but it’s a difficult task. Being just 100 pounds, I don’t have a whole lot of ‘real estate’ to hide a weapon. I do it regardless, but it isn’t comfortable. To this point I’ve carried my Glock 26 in the small of my back, just to the right of my spine, which makes it difficult to sit like a normal human being (we won’t even discuss the challenges of driving with a gun back there). I tried appendix carry a couple times, but the gun’s bulk made it impossible to conceal.

After the training I received at Range 37, however, I changed my carry firearm as well as the carry method. Let’s discuss why I chose to make those changes. 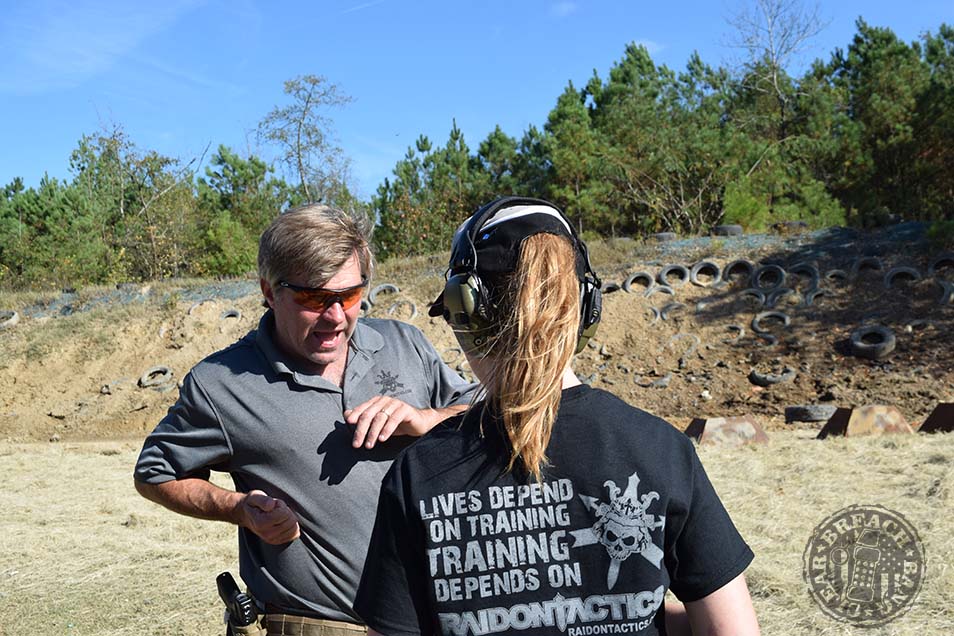 In the first stage of training, an awesome instructor named Destry worked us on basic fundamentals: drawing from concealment (some students also chose to wear a belt rig to draw from), breathing techniques, grip, and shooting multiple targets. This stage let me compare my grip as I drew the G26 versus the 43. Although I’ve practiced enough to be comfortable with my skills, drawing the 26 from the small of my back is still difficult and not quick. Digging through cover garments (especially in the winter) to put your arm in a weird position, to reach the gun, to draw it to where you can shoot before your arms are even extended,­ is tedious. There are more steps and more movements, meaning more room for error.

Then I drew the 43 from appendix; not only was the gun easy to grip, but once I got my grip on it and started to draw it was already much closer to my ‘work space’, meaning I could be in a position to shoot much quicker. Firearms aside, this stage of the training was done at what I like to call the “speed shooting station”. We used what was essentially a metal sawhorse with six steel plates affixed by hinges which would fall when hit and could be reset from behind the firing line, negating the need to walk downrange which reduced the lag time in training. This happens to be my favorite station when I’m at the range on my own, testing my ability to shoot multiple targets in a timely fashion, working speed and tactical reloads, etc.

In the second phase of training we worked on self defense with our weapons. We unloaded our guns, showed cleared and re­holstered in the concealed position we typically use. Then we started with simple deflection movements when attacked by an unarmed assailant. We got the hang of the arm­swiping technique with partners and slowly advanced with those techniques until the portion where we encountered the shock blade. We were rushed by an instructor armed with a knife that wouldn’t cut us, but rather shock us to provide the pain element that teaches so well. We were told to use our arm­sweeping technique while moving on our feet to get far enough away from the attacker to draw and ‘shoot’. This part of the training made me realize my carry choices, both firearm and position, didn’t work.

After running around in a small, cramped room, we were soaked in sweat. When attempting to draw my 26 from the small of my back I found I was failing to move swiftly or efficiently enough to shoot my attacker simply because of the amount of sweat on the grip of my gun. I was also letting my hand get tangled in my loose t­-shirt, which further hampered my ability to draw. 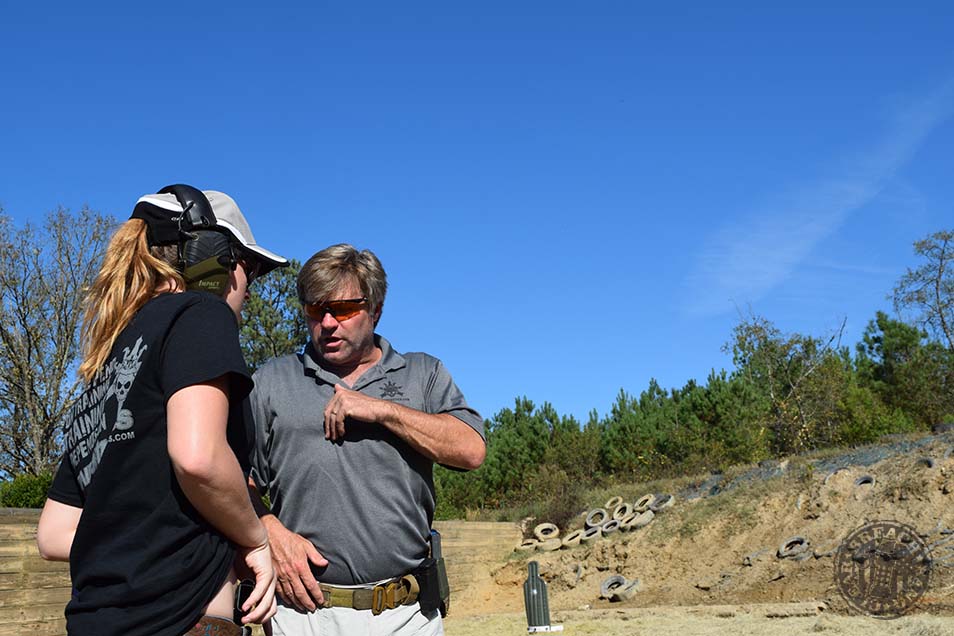 On the other hand, drawing the 43 from the appendix was a vast improvement. It was located in a far dryer spot, I attained a much more positive grip on the weapon. It was easier to simply pull my shirt up a little with my support hand and draw with my strong hand, rather than having to reach around my back and draw. By the end of this training session, the Glock 43 was already on my Christmas list and I’d decided that I needed to start practicing my appendix draw in order to make that my primary concealment position.

The next and very enjoyable leg of the training was a bit of rifle work with Frankie himself. Spending most of my training career thus far mostly with handguns and being fairly inexperienced with rifles, it was a wonderful learning experience. Worked most on using the high ready. I know this is a controversial topic, but the way he explained it made perfect sense: if you move to high ready after you shoot, or as you’re moving, your weapon is that much closer to being in your ‘work space’, improving time on target. We also worked quite a bit on getting the gun into a comfortable shooting position, aiming, and on some other quick fundamentals. 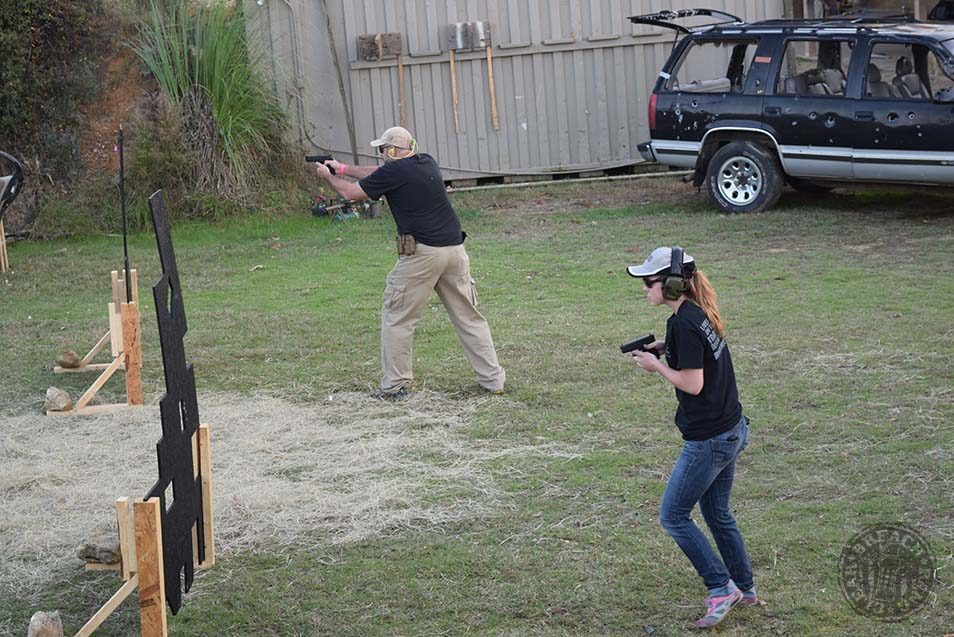 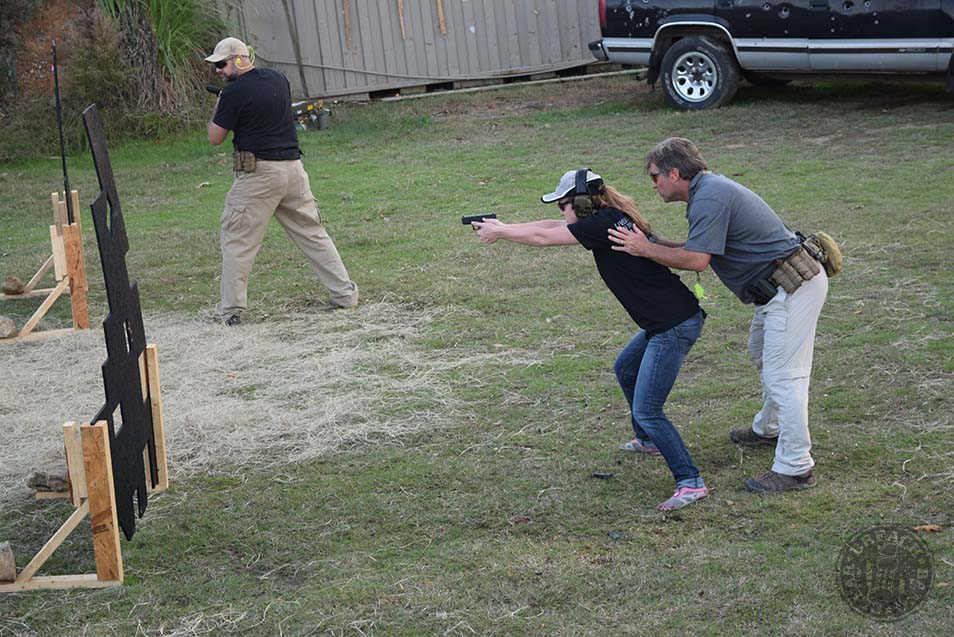 The last part of our training was shooting our handguns from different ready positions. For example, squatting, kneeling on strong side and weak side, prone middle and angled to each side, upside down, etc. These positions were called out at random and we had small windows to shoot through. This demonstrated how long it can take to maneuver around cover and/or obstacles, and the importance for training to do so. We’re not always going to be standing with legs shoulder­ width apart facing our target, like so many of us practice at the range. By the end of this training, I was still very content with the decision to use the 43 as my everyday carry; however, I did find one major con that could make things difficult should I ever need to use my training. The round count on a standard Glock 43 is 6+1, which doesn’t come close to the 15+1 I’m accustomed to. Add to that the limited real estate on my body, carrying a ton of extra mags isn’t always an option. So there are some tradeoffs to be considered. 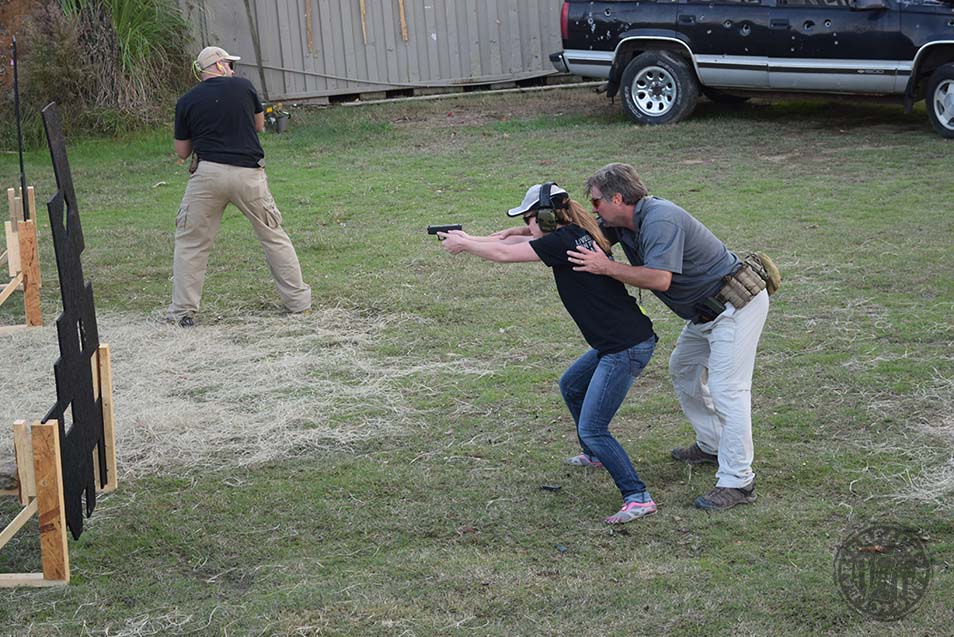 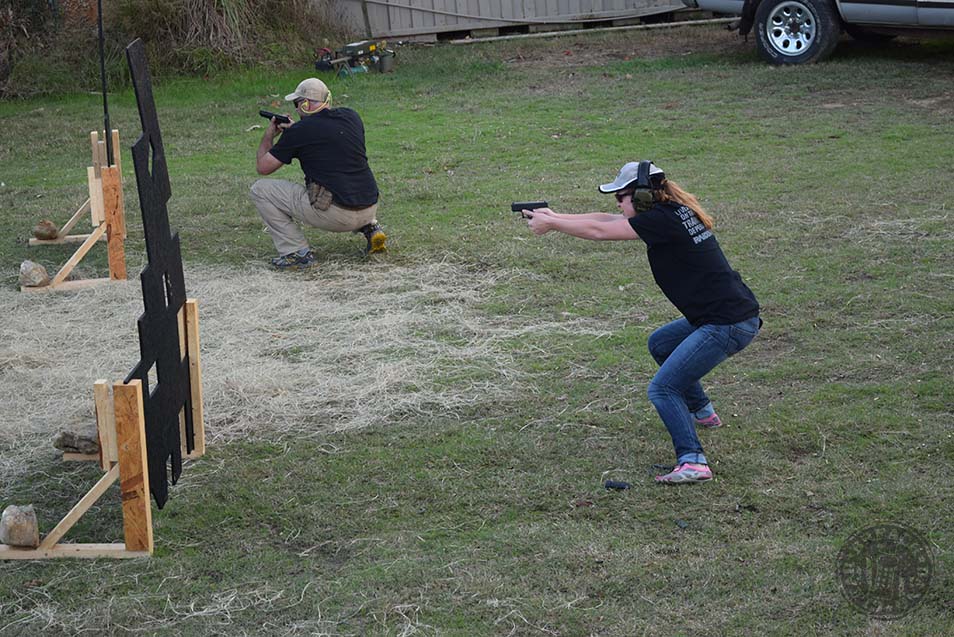 All in all, we conducted eye-opening training from some incredible instructors. I personally have improved the comfort and efficiency of my everyday carry, as well as making some small steps down the path of becoming a pro rifle (wo)man. Without the likes of Frankie McRae and his crew at Range 37 PSR to pass on their knowledge and skills and to test what we thought we knew, I’d still be carrying a 26 in the small of my back and never sitting down. For their instruction, I am grateful (as is my spine).

You can only perform as well as you train, so train hard and hope you never have to use it.
-Kate 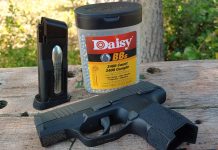 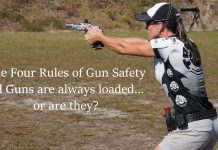